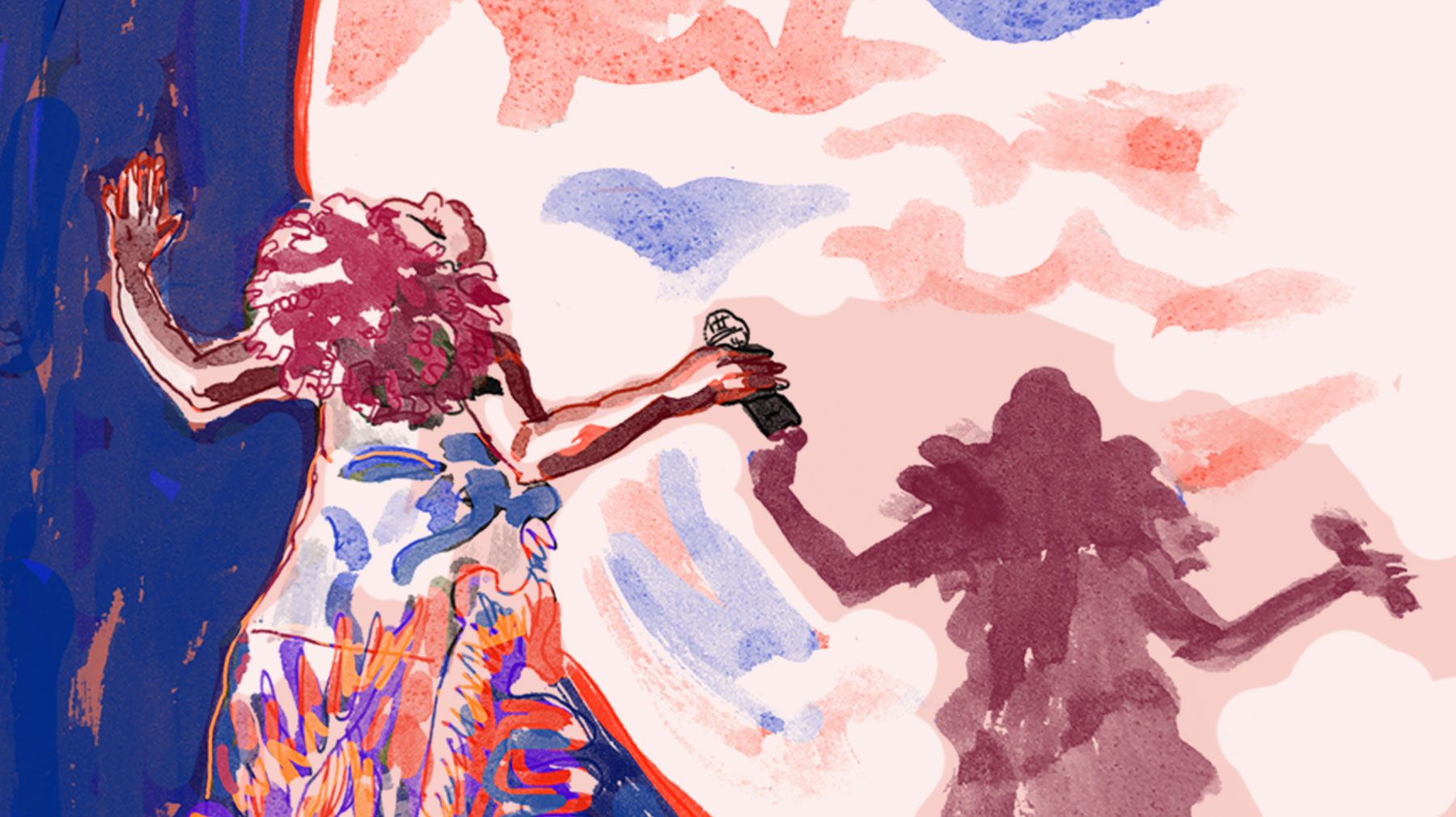 Esperanza Spalding’s eyes sparkle when she says she’s “drawn to greatness” in other musicians, greatness meaning the charisma of boldness in the interval between solid tradition and scary experimentalism. Listeners of all sorts can see and hear Esperanza at thirty-four, now coming into her own greatness. She’s a songwriter and singer who also dances, a go-to jazz bass master veering out of jazz, with a voice that embraces three languages and musics (plural) beyond category. There’s laughter and political edge in her conversation. She’s a self-made intellectual who says people should read more than they do, and should think more than they read. My conversation here with Esperanza is the sort of thing we dream about: You’re on an airplane, just buckled in, and you turn and realize – wow, I’ll be sitting all the way to Chicago with the Mona Lisa, or somebody, and you say: Can we talk? And Esperanza Spalding does talk! With effervescence, about jazz and not-jazz, about sounds that woke her up, from Rimsky-Korsakov and Wayne Shorter and the poems of William Blake; about the Harvard students she’s teaching, the music therapy she’s studying, the love that holds the music together, about mothers who let artistic children happen, not least by standing back. We’re getting to know Esperanza. Fast, riffing, improvising, trying to keep up, dropping names of other prodigies in their early 30s, her age: Marcus Gilmore, the jazz drummer and Cory Henry, the Gospel keyboardist… We met Esperanza (of four Grammy awards so far) not on an airplane but in the lobby of the Berklee Performance Center in Boston on the afternoon of an evening show, and the gab took over, like a song.

Music from the show

Not since Louis Armstrong played and sang “Black and Blue” at Symphony Hall in 1947… Herbie Hancock Or perhaps never in Boston has so much jazz talent gathered in our town, this...