After neo-conservatism, after muscular wilsonianism — after Iraq — the left-leaning Anatol Lieven and right-leaning John Hulsman are suggesting a new American approach:

Ethical realism points toward an international strategy based on prudence; a concentration on possible results rather than good intentions; a close study on the nature, views, and interests of other states, and a willingness to accommodate them when possible; and a mixture of profound American patriotism with an equally profound awareness of the limits both on American power and on American goodness.

In short: more modesty, less Messiah, but still engaged. But what kind of engagement, in this chastened mode, is appropriate? 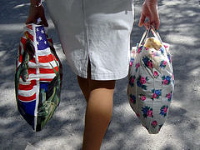 Their book comes out at an interesting time. The realists are back, obviously. James Baker is heading the Iraq Study Group. Robert Gates is Secretary of Defense in confirmation. (And Henry Kissinger is still “almost like a member of the [Bush] family,” says Bob Woodward.) So what changes when you add the “ethical” surname to the realism mantle? And if we replace the goal of democratization with that of Lieven and Hulsman’s “Great Capitalist Peace,” are we settling for a perpetually inequitable globalized economy? And apart from ethics, is this wise? Is a world of haves and have-nots a recipe for long-term stability?

But how about a simpler (hah!) thread question to start: Can you be ethical and realist at the same time?

And a challenge: Lieven and Hulsman were able to contruct a serious argument despite serious political difference. (Do the New America and Heritage Foundations even play softball together in same the wonk league?) Let’s rise to their level.

Former correspondent, The Financial Times and The Times

Co-author, Ethical Realism: A Vision for America’s Role in the World

Shadi Hamid, The Left Rediscovers its Love of Manifestos, The Democracy Arsenal, October 25, 2006: “Rarely do you see people so willing to pass the torch of American hegemony, however un-benevolent, to China, India, and others. If Lieven had his way, he’d make Chirac look like an idealist.”

Gregory Djerijian, Spring-time for Realist Blogging?, The Belgravia Dispatch, January 1, 2006: “Nikolas K. Gvosdev, the editor at the excellent National Interest, has recently started up a blog, The Washington Realist. I particularly liked his description of realism in his inaugural post back in November: ‘We all know the drill–the realists idolize ‘stability’ above all else, and really they must be “un-American” because they dislike freedom and democracy, preferring the company of autocrats and dictators……This ignores the emergence of American streams of realism that do understand the importance of values and aspirations as a component in shaping foreign policy–a point even Henry Kissinger, the ‘uber-realist’ lightning rod for both the left and the neo-conservative right in the United States–acknowledges.'”

James Crabtree, Everyone Hates George Bush’s Foreign Policy, NDN Blog, October 10, 2006: “[Ethical Realism] might sound like a contradiction in terms, like dry rain or compassionate conservative. But the two make a convincing, intriguing partnership. Lieven is a democrat, a multilateralist and a brit. Hulsman is a republican, a realist and an American. And yet they teamed up for a bi-partisan foreign policy tag-team to tell the world they both think George Bush and his Neo Conservative henchman are, broadly speaking, nuts.”

Steven Benen, The ‘think tank’ where independent thinking will get you fired, The Carpetbagger Report, August 7, 2006: “In the world of DC think tanks, the Heritage Foundation has no serious rival. The far-right institution has more power, influence, money, and even real estate than any competitor, regardless of ideology. But as TNR’s Spencer Ackerman explained in an interesting online piece today, at Heritage, it’s not enough to simply be a loyal Republican; if you disapprove of the neoconservatives’ approach to foreign policy, you’re going to get fired. That’s exactly what happened to Heritage’s senior foreign policy analyst, John Hulsman.”

Rushworth M. Kidder, Dear Nancy and Harry, Ethics Newsline, November 13, 2006: “So you were spot-on, Nancy, in telling the nation after the election that the ‘Democrats intend to lead the most honest, the most open, and the most ethical Congress in history.’…You’ll do it, I hope, by giving genuine, sustained, and probing attention to ethics — and by facing down four dangerous counterarguments.”