I do think it’s very important to understand that your congressman, and your boss, is just another guy whose wife is doing seventy percent of the housework.

[She was] a name-giver, one…who sees something we all see but goes one step further and defines the phenomenon, organizes it and tells us what it is called. Because so many women identified with what she described the relief from having it named and explained was enormous. No longer did individual women feel all alone, vaguely disgruntled, worried about their mental health or their perfection as a loving wife; instead, it was possible to discuss this condition and that was the first stage of doing something about it. 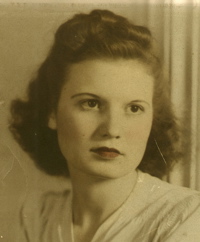 Will I be pretty? Will I be rich? [Edge of Dementia / Flickr]

The problem that has no name has a thousand new definitions since Betty coined the phrase forty years ago.

We’ve been reflecting this week on the recent death of feminist great Betty Friedan, whose manifesto on “the problem” gave voice to the dissatisfaction of a generation of women confined by their limited roles as housewives and mothers. As feminist blogger Echidne of the Snakes put it, Friedan’s landmark 1963 book The Feminine Mystique was so powerful precisely because it “named names.”

Tonight we’re thinking about 40 years of feminism, and the unfinished business still at hand. We’d like to try to name and parse through the major issues and struggles around women’s rights and gender equity. What is the fight now? And how are you fighting it?

Author, forthcoming Nothing But Your Chains

Debating the Choice to "Opt Out"

Last December Linda Hirshman published Homeward Bound in The American Prospect, taking issue with the idea that a woman can “opt out” of her feminist obligation by saying she chooses...

Click to Listen to the Show (24 MB MP3) What do you see in this picture? [Lisa E / Flickr] Has any American icon been so variously reviled as Hillary Clinton? She...