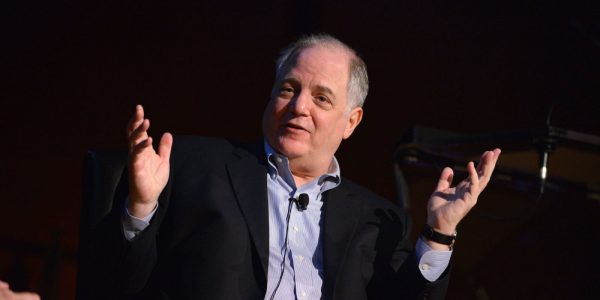 I now want to stand back from four and a half years and try to put together the narrative, essentially by which truth went down the toilet. And tell that story of how it happened, begin the summer before 9/11 when we were obsessed with Gary Condit and shark attacks, then go to the day that supposedly changed everything, 9/11, and then see how we ended up in a war against someone who did not attack us on 9/11. 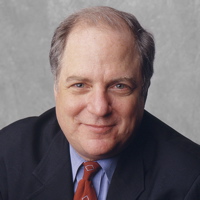 Frank Rich is effectively Jon Stewart for people who are still reading through the Bush circus.

Stewart, a modern vaudeville comedian with video clips, has become TV’s trusted Cronkite in these times. And another theater figure, Rich, late Broadway critic at the New York Times, has become the indispensable commentator, the Walter Lippmann of our second childhood.

Frank Rich is one of the rare press-card types, even at the Times, who on a Sunday last September could be reviewing Zadie Smith’s new novel on the cover of the Book Review and recounting, in his Sunday Op-ed piece, how Hurricane Katrina had unmasked the President as Professor Marvel in “The Wizard of Oz.”

Janet Jackson, Tim Russert, Dick Cheney, Martha Stewart, Colin Powell, Mel Gibson, George and Laura… Under the Frank Rich searchlight on Bush II America, the political and cultural cover-boys and girls are one vast company: poor players all, strutting and fretting their hour on the stage, soon to be heard no more. The fall of our freedoms, of the republic perhaps, is a tale mangled by an idiotic establishment of media blatherers and bloviators–full of sound and fury and almost always missing the point.

For all of us who start the week’s office conversation around Rich’s Sunday piece, it’s precisely his confident straddle of show-business and politics that makes Rich so unusual and so valuable. I don’t see anyone out there with so relentless an eye on the tricks and tricksters (think Karl Rove & Co.) who have made of this dawning Age of Information — equally and at the same time — a Reign of Propaganda.

Frank Rich has taken a leave from his Times column to compose a hard-cover account of our country — mind, body and spirit — since September 11, 2001. But he’ll take a break from his book to talk with us on Open Source on Monday, and to speak at John Hancock Hall in Boston on Sunday, February 12.

Please post your questions and comments for Frank Rich on this page. And if you’d like to enlisted in the live conversation, make sure we have an email address that will reach you.

From intern John La Rue: “Tony Knowles carries a lot of baggage from his prior eight-year term as governor, and there are a whole bunch of Alaskans who will not...

In 2016, the presidential election became electric. Donald Trump and Bernie Sanders have separately disrupted the fixed matchup of another Clinton and another Bush, and flat-footed, for now, the mainstream consensus...