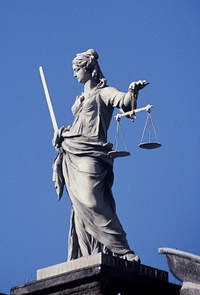 Isn’t she supposed to be blind? [Mikey Brick / Flickr]

We’re following up our November SCOTUS show. But rather than talking to the usual grey-hairs, we’d like to have on a sample bunch of law students about to begin their careers. What does the conversation sound like amongst the next generation of lawyers, judges, and legal scholars, whose careers are about to be reshaped by the decisions the new court will ultimately hand down? They’re going to be the ones to uphold and/or test the law, maybe even before this very court. What are they talking about? And how are they counting to five?

President and Co-founder, Columbia chapter of Law Students for Choice

Click to Listen to the Show (24 MB MP3) [Thanks to Ben for nudging us to think hard about this case.] Will SCOTUS alert the fire department? [rscottjones / Flickr] Well, sort of.... 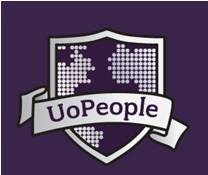 Continuing our series on higher ed, we’re hacking our way to a better model; call it New U. There won’t be a football team or a building and grounds department...