George Bush in Jerusalem: Not Too Late for a Legacy

George Bush in Jerusalem: Not Too Late for a Legacy 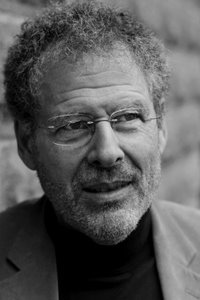 My friend Bernard Avishai suggests on his bracing, clarifying blog from Jerusalem that everybody traveling with President Bush in the Mideast this week should stop and see a popular Israeli movie, “The Band’s Visit.” It’s about an Egyptian policemen’s marching band from Alexandria that finds itself by mistake in a forlorn Israeli desert community, and then about the bandleader and the woman who welcomes him, unpacking their humanity and their love for one another. The film, Bernie writes, is “the best proof we have that, for ordinary people, peace is already here.”

The reason why this movie is so powerful and so loved is, I think, we’re sort of past these rather stale notions of national self determination and so on. After all the European Community, the European Union is this big mixed up thing. You know, people are starting to see in this country, (I’m talking about the educated elites in this country, really, but even people whose politics wouldn’t be reflected in their love of this movie) … it’s just that we’re all tired of this. We’re tired of this. We know already that there are human beings on the other side. It’s hard not to see it staring you in front of your nose every single day. And I think we are hungry here for us to be snapped out of this war, because we know that it doesn’t take much for the escalation to start, and the polarization to start, and once that happens you start demonizing the other side all over again. And that’s exactly why we need help. We need help, brother. We need help. We need to go for help.

That plea for help is front-and-center in the compact power-point primer for Bush & Company on Bernard Avishai’s blog. And in our conversation today (with The New York Times’ Steven Erlanger) Avishai explains why the plea goes unavoidably to the President of the United States.

We need more Dr. Kissinger and less Dr. Phil here. We need an American president who understands that the difficulties both leaders have — Abbas and Olmert — are not difficulties of personal popularity. The reason why Abbas, the reason why Olmert, will be unpopular taking any stand in favor of “the deal” is because they know each of them are going to have to split their country, as it were, to get it. Abbas does not want to take on his Islamists and radicals and so on, the people running Gaza, he doesn’t want to take them on for the sake of the goodwill of the other side. Olmert does not want to take on his rightists, including the vast majority of the people of Jerusalem, in order to sell a deal which is supposed to be good for them and the other side. Nobody trusts the other side. So what each need to have is some third force — to trust, to sell, to fear — in order to sell something without having to trust the other side. And that third force can only be America. Olmert has got to be able to go to the Israeli people and say: look, it’s not me, it’s America. We can’t have distance between ourselves and the United States. We need to do this because the Americans need it. It’s in America’s interest. The world wants it. We cannot defy American interests over this. That puts his opposition on the defensive. Otherwise the opposition says: you want to do this deal for those Palestinians who are sending missiles into Ashkelon. That’s his dilemma. 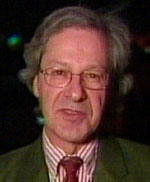 Steve Erlanger, the Times bureau chief in Jerusalem for the last three and a half years, wonders if George Bush after so much loss of altitude at home and in the Middle East, remembers how much clout he still commands.

Just look at Annapolis. Whatever you thought of the Annapolis meeting, the United States snapped its fingers and within a week got 49 countries to come to Washington, including the Saudi foreign minister and the Syrian deputy foreign minister. That was power. That power has not disappeared. George Bush may be considered — particulary at home — a weak figure and abroad he may be hated by many people. But this notion that American power is down the drain is simply wrong.

Bernie Avishai wonders if President Bush ever reflects that as the occupying power in Iraq, he is effectively a member of the Arab League, in which his mostly Sunni Moslem colleagues “desperately want to get the Arab-Israeli conflict behind them, because it’s roiling their streets, and the biggest problem is Egypt. Everybody knows that Egypt could be next.”

Avishai is a tough analyst and an incorrigible optimist who leaves you believing not so much in George Bush’s late “legacy” play but in the complexity of local logics driving toward a resolution. Steve Erlanger notes that Bill Clinton was even later than Bush in bearing down on the Palestinian-Israeli puzzle. So there may be some unexpected comfort in this candid conversation.