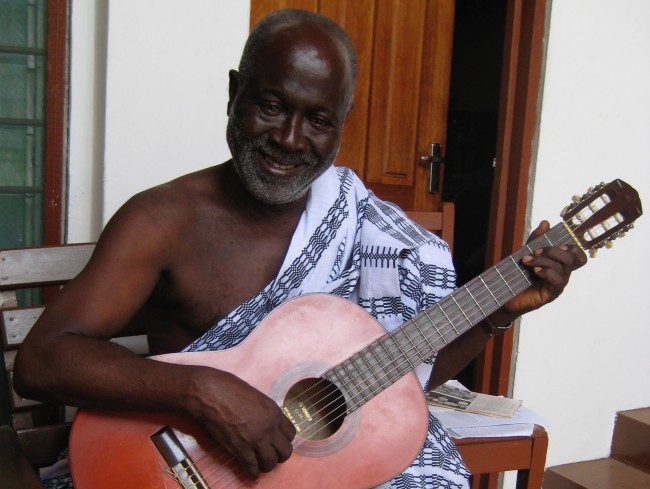 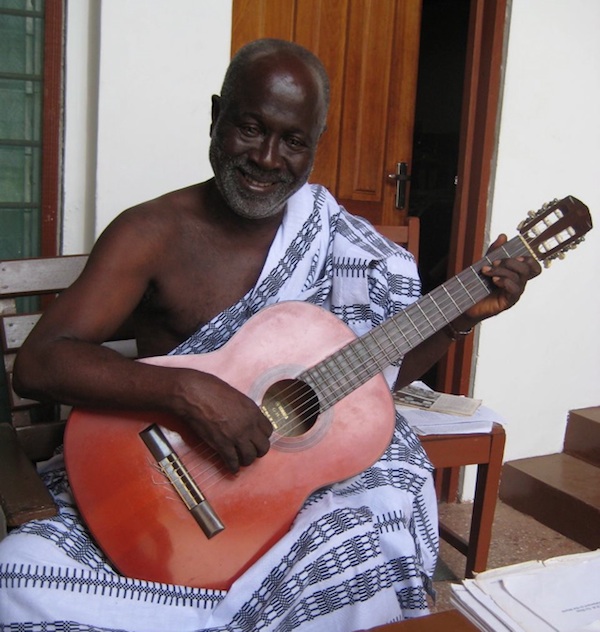 It is 7:30 a.m. on the last Saturday in January, a warm winter morning in Ghana, and we are privileged to be hanging out for an hour of music and a few well-chosen words with a aristocrat of sound and four accompanists in his studio in Kumasi, the old Ashanti tribal capital.

Ghana’s guitar treasure Koo Nimo has the air, it’s been well said, of an “Ashanti Segovia, proud of his heritage and of the instrument he has adopted.” He also reminds you immediately of the cellist Yo-Yo Ma. He smiles warmly with the simplicity of the infinitely accomplished — the disarming modesty of ultimate celebrity. These charismatic string-players both have a way of telling you that, in truth, they are humble heirs of ancient musical cultures and disciplines. Both embody the highest refinement of music at its widest reach — Yo-Yo in his Silk Road Project linking North Africa to East Asia; Koo Nimo in representing the circular Gulf Stream of musical influences from West Africa to Brazil, the Caribbean, Havana, New Orleans and New York — and endlessly back and around.

Koo Nimo is a peculiarly Ghanaian figure, in that he’s a musical child of the royal Ashanti court, who came of age as a public performer at precisely the moment in the late 1950s when newly independent Ghana was searching for a nation-building sound.

He’s the personification, at the same time, of “world music,” in the way he encompasses all. In his conversation and his playing, you can hear that nothing human is foreign to Koo Nimo.

Among the names respectfully dropped in an hour’s rambling talk of friends and inspirations are: Fela Kuti, as in the current Broadway show celebrating the late great Nigerian Afrobeat star; Hugh Masakela of South Africa; Ghana’s late “divine drummer” “Ghanaba;” the American jazz immortals Thelonious Monk, Oscar Peterson, Charlie Parker, Dizzy Gillespie, John Coltrane and Pharoah Sanders; the harmonica blues man Sonny Boy Williamson; Memphis Slim; great soloists of the Ellington band he heard and met in London in the early ’70s, including Johnny Hodges, Cootie Williams, Cat Anderson and Clark Terry; Ellington himself, though Koo Nimo never got to shake Duke’s hand — “we would go to the dressing room and just look at him;” the very different guitar geniuses Charlie Christian of Oklahoma City and the Virginian Charlie Byrd of samba fame; the rock legend Jimi Hendrix, for his guitar chord voicings; and the Brazilian composer Antonio Carlos Jobim — two of whose songs find their way into Koo Nimo’s performances here.

But here’s the beauty of “world music” as the great Koo Nimo embraces it: his sound is never remotely a soup. And he himself is never to be confused with any of the people he admires so generously. “They are all influences,” as he says to me, “but I have a way of keeping the influences light… I listen to Latin calypso a lot,” he adds, and you’ll hear it in his playing, “but I use all these influences, all these techniques, to do justice to our own.”

Click to listen to Chris’s conversation with Mike Serwornoo (15 min, 9 mb mp3) An underlying question through this experimental week in Ghana is: what more would it take to... 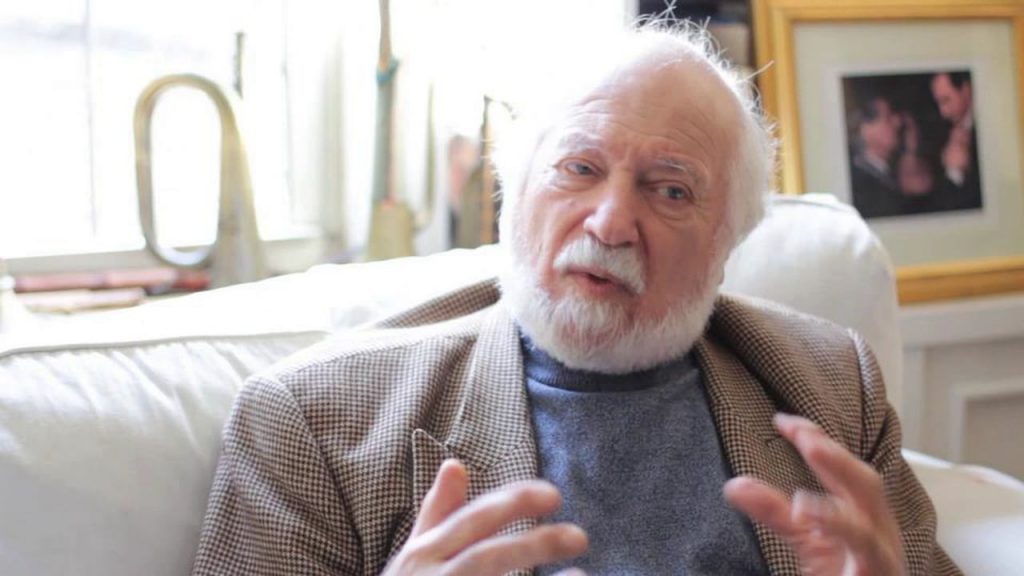