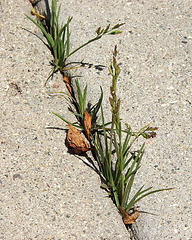 Or so say two young environmentalists — Michael Shellenberger and Ted Nordhaus — who, a year or so ago, heralded The Death of Environmentalism. They struck a raw nerve by declaring traditional environmentalism a has-been, saying it’s been sidelined politically and that its approach is all wrong.

To paraphrase hugely, this was their premise: global warming is an epic catastrophe-in-the-making. It threatens not just plants and animals (a.k.a “the environment”) but also our jobs, our health, our global security. To fix it, we can’t rely on narrow technical and policy fixes that underpinned environmental successes in the 1960 and 70s. That approach isn’t working anymore. We need radical change: we need to rethink our economy and our culture to survive what global warming will do to our world. And to do that, we need to step beyond the limited definition of “environmental” activism.

Plenty of people disagreed with Shellenberger and Nordhaus (and you can read their challenges here at Grist). But there’s no denying they stirred up some soul-searching in the environmental community. So who’s stepping up to the plate? And what are they going to do? That’s what we want to try to answer this hour by talking with some of the young people who are working on global warming from new perspectives, including people you might not, at first glance, label “environmentalists.”

How do you think we can get people’s attention about the severity & immediacy of this problem? And who have you heard of who’s working on new approaches?

Co-author of The Death of Environmentalism.

Co-director of the Breakthrough Institute.

Dropped out of Yale to fight global warming.

Co-founder and coordinator of Energy Action.

Travelled the country this summer on a biodiesel bus for Road to Detroit.

Founder of the Climate Campaign.

Program associate for the Environmental Justice and Climate Change Initiative at Redefining Progress.

It’s Getting Hot in Here