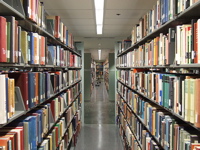 Fair use is hard to explain. I know this because Jack Bernard, the attorney in charge of the Google project at the University of Michigan, walked me through it this afternoon. It took him forty-five minutes, and he started with a look at Title 17, Chapter 1, section 106 of the US Code. Jack’s point was that it’s easy to explain the concept of theft; people understand what’s going on if one man steals a sack of potatoes from another man. But intellectual property ISN’T a sack of potatoes, says Jack. It’s right there in the Constitution’s copyright and patent clause.

Jack had to explain this to me this afternoon because Google announced on November 3 that it would be scanning in public domain works — many from the University of Michigan’s library — and making them searchable. This is part of a larger Google project, one that plans to include copyrighted works, as well; there’s where the trouble begins. Members of the Authors Guild are unhappy about it; the Association of American Publishers is filing a lawsuit, and even some librarians are worried.

Do Google’s plans fall under fair use? Do we understand, as a nation, the distinctions between the rights of the readers and the rights of publishers and copyright holders? Should we be scared about the specter of Google, even if its intentions are now pure?

Vaidhyanathan pronounces his own name (MP3)

Associate Director, Maryland Institute for Technology in the Humanities

Librarian, Librarian’s Index to the Internet

What are you looking for? The Department of Justice asked Google last summer for a list of every indexed website and every searched-for term over a month-long period. They say it’s...

Poking around Google Earth at a moment of geopolitical drama, I took a look at North Korea. Turns out that military installations are not only indicated by the Google...