GOP Shift to the Right

GOP Shift to the Right 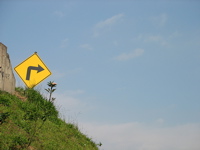 Here’s one of the fundamental puzzles in American politics these days: how is it, in a two-party system which by design and long habit converges on the center, that the Republicans have doggedly and successfully shifted the action, the Congress and the Supreme Court to the far right? Has it been a continuous movement since Barry Goldwater’s failed presidential bid in 1964? What accounts for the conservatives’ tight and effective grip on the game? Have George W. Bush’s setbacks–Iraq, Katrina, the corruption trials–undone the pattern? And what does it do to our democracy to have the political conversation directed almost entirely from the right?

Jacob Hacker, one of the co-authors of Off Center, will be joining us, among others. Potter provided one source of inspiration for this show, and blogger Josh Marshall is featuring Off Center in his lively bookclub over at TPMCafe Book Club.

Co-author, Off Center: The Republican Revolution and the Erosion of American Democracy.

Author, Before the Storm: Barry Goldwater and the Unmaking of the American Consensus.

Contributor, Slate, The Nation, and the London Review of Books, among others.

Click to Listen to the Show (24 MB MP3) Let the race begin! [mescobosa / Flickr] Let the handicapping begin! On the eve of the last big round of primaries, and in the...