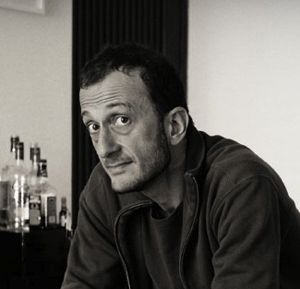 Gregory Buchakjian in Beirut: A Course of Catastrophe

Gregory Buchakjian in Beirut: A Course of Catastrophe

Gregory Buchakjian looks at the Arab uprisings of the last two years and sees not an exception but an extension — at best a pause, not a change, along a course of catastrophe. The pattern of the Middle East since 1945, he’s saying, has been warfare that resolves nothing: that always stops short of treating the agony of Palestinians displaced and more recently occupied by the young state of Israel. Do we know yet what it means that tyrannies have been toppled in Egypt and Tunisia? Or that vicious close-up war has broken out in Libya and Syria? “In Lebanon,” he says, “we are used to saying — ‘we don’t know.’ We’re in a region that gets relief now and then, but not reconciliation.” We’re scanning the Arab upheavals from the intersection of Greg Buchakjian’s artistic passions, photography and history, and from the views not far from his window of war damage and construction cranes in his hometown Beirut. He is my kind of informed, digressive, mercurial talker with angles that could sound unconventional in America, but not unrecognizable… Gregory Buchakjian at home in Beirut. Photo by Leonardo Matossian.

The French have an expression, le sens de l’histoire, the direction of history, mainly based on the French Revolution and the American Revolution that preceded it. The meaning is that history moves from dark ages to enlightenment and the liberation of people. Well, I don’t agree with that ‘direction of history.’ We are living today in an era of neo-liberalism when the world is commanded by brokers and bankers… We are not moving toward enlightenment and humanism. The world is going toward the enrichment of a category of people who are ruling over economic empires. So if the direction of history is to let some companies take the place of states and empires, I don’t see myself in it. I don’t find it a good direction… We are talking about the Arab world, which is one of the most violent regions in the world. I am not optimistic about the Arab world because I am not optimistic about the world as a whole.

Gregory Buchakjian in conversation with Chris Lydon in Beirut, December 2012.

I am trying out on Greg Buchakjian my romantic notion that the revolutionaries in Tahrir Square were pushing a “universal panic button” for all of us — about their habitat and ours, their economics of inequality and ours, about blind state brutality far and wide. He hears rather “a cry of despair” in the revolts today and two years ago, speaking directly for a population that is young, poor, angry and out of luck in its current prospects. Either way, is the ongoing Arab rebellion a signal that the world can hear? Greg Buchakjian is drawn to smaller readings and smaller gestures — toward the planting of walnut trees in Lebanon; or, in Japan, to the farmers who are engaging ducks to fight insects that infest rice plants. Or in his own case, to making a photographic record of the houses and lives being crushed and abandoned in the real estate war — “and it is a war” — in Beirut as we speak. 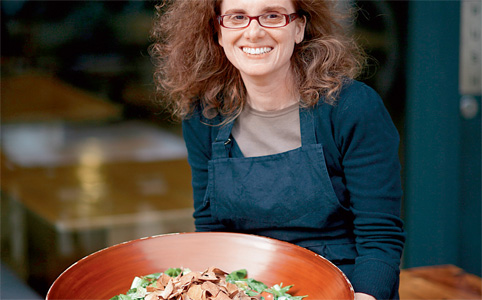 Click to listen to Chris’ conversation with Barbara Massaad (19 min, 21 meg) BEIRUT — Barbara Massaad, writer and chef, in her kitchen, is telling us a terrific story about the...