When historians of the future try to identify the moment that neuroscience began to transform the American legal system, they may point to a little-noticed case from the early 1990s. The case involved Herbert Weinstein, a 65-year-old ad executive who was charged with strangling his wife, Barbara, to death and then, in an effort to make the murder look like a suicide, throwing her body out the window of their 12th-floor apartment on East 72nd Street in Manhattan. Before the trial began, Weinstein’s lawyer suggested that his client should not be held responsible for his actions because of a mental defect — namely, an abnormal cyst nestled in his arachnoid membrane, which surrounds the brain like a spider web. 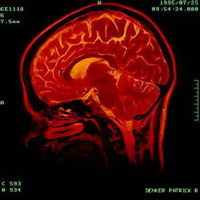 Insane in the Membrane?

Today, thanks to advances in neuroscience, both prosecutors and defense attorneys have new tools at their disposal: brain scans. CT, PET, and MRI scans have long been able to reveal structural abnormalities in the brain, such as tumors or other lesions that might impair the way we behave. And for years defense attorneys have been arguing that anatomic anomalies may produce changes that render us unable to stop ourselves from shooting our parents, or robbing the conrner store. “Your honor, my tumor made me do it,” could be on the way to becoming a familiar phrase to court stenographers in years to come.

But both prosecutors and defense attorneys are eyeing an even newer neurotool, functional MRI or fMRI, and starting to think of it as the ultimate polygraph. The promise of fMRI in neuroscience is almost unlimited because it shows the areas of the brain that are in use as we think. When an fMRI images the brain the active region lights up like Las Vegas. It can capture how the parahippocampus, the area of the brain that recognizes places and scenes, responds to interrogation. It can also reveal how the fusiform area, the part of the brain that stores faces, reacts to images of people.

The technology allows us to tell what people are thinking about even if they deny it. Because subconscious memories of faces and places may be more reliable than conscious memories, witness lineups could be transformed. A child who claimed to have been victimized by a stranger, moreover, could be shown pictures of the faces of suspects to see which one lighted up the face-recognition area in ways suggesting familiarity.

These imaging technologies have given rise to this latest trend in Anglo-American jurisprudence: Neurolaw, as Jeffrey Rosen explains in his provocative piece on how brain scans could forever transform our legal system. 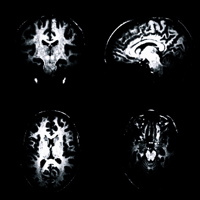 Putting the brain under oath raises all kinds of questions about human rights and human behavior. Would using brain scans in court be a violation of privacy? Will search warrants for human brains be the next trend in litigation? Rather than waterboarding a Guantanamo detainee, could brain imaging offer a painless path to sought after intelligence?

Will using brain scans force society to rethink insanity and criminal responsibility? If we empirically know that someone is unable to control his/her behavior should that change the way we think about retribution? And what about the potential criminal? Will we be forced to put someone who is predisposed to violent behavior behind bars?

Granted it’ll be a long time before fMRIs dominate the courthouse but what benefits and drawbacks do you foresee? Can you imagine a world where we can no longer keep our thoughts to ourselves? What if this technology is also used for jury selection? Is this a giant leap for justice or one small step toward “thought crime?”

Author, The Supreme Court: The Personalities and Rivalries That Defined America

Lindsay Beyerstein, Neurolaw, Majikthise, March 13, 2007: “Why not just skip the MRI and go straight to the public opinion polling?”

Peter Tillers, The Fashions of the Times: Neurolaw, Tillers on Evidence and Inference, March 12, 2007: “The sort of scholarship that Jeffrey Rosen describes will give the study of law and neuroscience a bad name . . . There seems to be something about the legal mind that sometimes just cannot resist facile practical conclusions — and ill-considered theoretical ones — produced by the sciences of man . . . and the mind.”

Michael, NYT on Neurolaw; No free will in panty hose selection, Peripersonal Space, March 11, 2007: “Many of our momentary reflections are reconstructions of what we assume must be the case, rather than an accurate reflection of the actual processes by which we arrived at our mental state. Those processes are hidden from us by consciousness . . .”

Susan Crawford, The Dopamine Made Me Do It, Susan Crawford blog, March 11, 2007: “A lot of the work now focuses on pictures of the brain in action, reacting to various stimuli. Right now we’re seeing blotches of color, and people make arguments about what those blotches mean.”

Mad Housewife, Watch Out!, Truffles: A Blogvel, March 11, 2007: “Rosen spent only a couple of paragraphs discussing the ethics. it seemed to excite, not horrify, him.”

Click to Listen to the Show (24 MB MP3) The White House acknowledged on Sunday that presidential adviser Karl Rove served as a conduit for complaints to the Justice Department about...