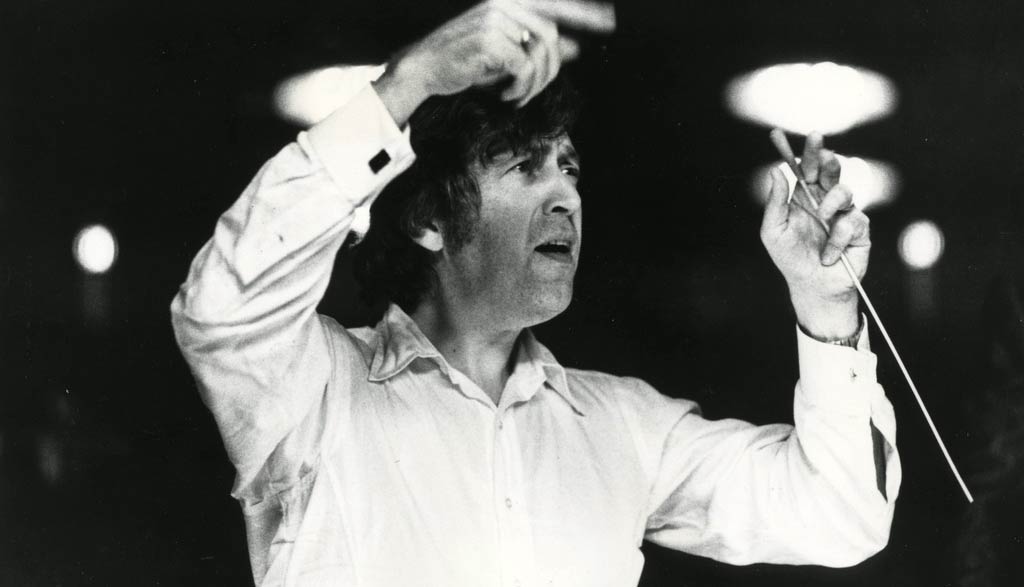 Schuller was the one to declare all great musics "are created equal."

When he was just a young musician, Gunther Schuller decided on four hours of sleep a night. At 18, Schuller told us, “I figured out, ‘God damn it: if I sleep eight hours a night, I’m going to piss away a third of my life.’” He then stuck to that regimen for fifty or sixty years of work.

Schuller, who died last week at 89, was a prodigious, captivated, sometimes cantankerous prisoner of every kind of modern music: between Beethoven and Bill Evans, Igor Stravinsky and Charlie Parker, and his own atonal compositions, which he was still getting ready right up until the end. In one of his last interviews, Schuller showed us what he did with the extra hours: refining a taste, and building a biography, that passed through all the musical streams of the past century.

He began in earnest at the Metropolitan Opera in the 1940s as a teenage prodigy on the French horn, the same horn he played with Miles Davis’s “Birth of the Cool” nonet in the 1950s. Schuller revived the New England Conservatory in the 1960s and ’70s and, inside it, revived the ragtime jazz that became the soundtrack of the Robert Redford and Paul Newman blockbuster movie, The Sting.

We interviewed Schuller at his house in Newton, a shrine to the loves of his life. It’s a home he made with his beloved wife, Majorie, and gave over to a grand piano topped with piles of sheet music, a wall of vinyl records, and hallways full of scores and programs. (You can get a look inside in this short documentary on Schuller recorded last year, amid the melting snow.)

Gunther Schuller was a music writer of the first rank: his histories of jazz are still considered definitive. And the first volume of his autobiography, A Life in Pursuit of Music and Beauty, thrums with the New York of his youth, what he remembers as, day and night, a “cultural paradise for all the world”: a mélange of jazzmen, artists, filmmakers, curators, African-Americans and German-Jewish emigrés, in a game of endless artistic oneupmanship.

So of course it was Schuller, up late with his beloved wife, down Broadway between the Met and the jazz clubs, who went on to decree that “all musics are created equal.” Above a certain level, past which genius “changes the language of music,” it’s all pure democracy, and silly to say that Beethoven was better or worse than Mozart — or Duke Ellington:  “No matter what its label, if something is perfect — well, then, it’s perfect.”

On July 4th weekend,  we’re remembering Gunther Schuller. There was no more passionate guide to the many tones, feelings, and forward leaps of the musical 20th century in America, down to the vibrations in the pit of the Met.

We talked about a lot of music in this hours-long conversation, but our new intern and producer Grant Holub-Moorman assembled a playlist of the best of it. From jazz virtuosos to The Rite of Spring, it’s perfect music born on the cutting edge.

Schuller accompanied his recommendations with opinions, technical observations, and stories — like this one, of a chance encounter at the East Side apartment of the Baroness von Koenigswaerter, one of jazz’s most memorable patrons in America:

…She had this huge apartment near the United Nations building, and that was a hangout for musicians. And by the way, when you walked into that — whatever number of rooms it was — man, you would get high just by being in there: oh, God!

There wasn’t very much furniture in half of that place; there were just mattresses on the floor. And so all the musicians gathered there, just as they wanted to. She did an open house…

Well, one night I went there. I wanted to meet somebody, I can’t remember who. And I laid down on one of these mattresses, and I kind of held my nose and ears. And Bird comes along: “Hey, Charlie!” And he stayed and laid down on a mattress near me. We talked about things, bad and good, in jazz and society and so on…

We lay there for a while, and Charlie said, “Gunther, I can’t stand it any more.” And he started: “I’ve played every kind of music I can play, I’ve played every kind of blues that I can play. I can’t do it anymore, because I know there’s” — I’m paraphrasing, of course — “I know out there there’s other great music, and I so much want to learn it.” And he mentioned, in particular, Bartók’s Concerto for Orchestra, which he had heard. I think John Lewis had told him to listen to it. John was doing the same kind of thing: trying to get musicians enriched in the other type of language.

It was terrifying. He started almost crying. He said, “I want to study with you.” And I said, “Of course, of course.” Then it never happened, because (a), one time he said he was gonna come — he never showed up. And another time, his saxophone was in a hock shop, a pawn shop… And three months later he died.

Parker died watching TV on the sofa of the same apartment, on March 12, 1955. The New York Times notice three days later is below. The police and the Times were famously wrong about Bird’s age: at his death he was 34 years old.

Schuller called our attention to another such melancholy moment, on television: the famous final concert of Billie Holiday and Lester Young, together on CBS’s The Sound of Jazz, on December 8, 1957. The song was “Fine and Mellow”:

…Lester and Billie hadn’t seen each other in a while. I kind of feel that they were in love with each other. Lester was in such bad shape at that time that the producer had begun to decide, “We can’t have him perform; he can’t do it.” Then they had a meeting amongst the musicians and they finally said, “Listen: we cannot do this program without Lester Young. Whatever happens.”

And so then he played. He played only 12 bars. I’m gonna choke up now. And Billie sang it a thousand times. And she stood there looking at him, about ten feet away from him. If you ever saw love expressed on a film, in this music, it was that moment.