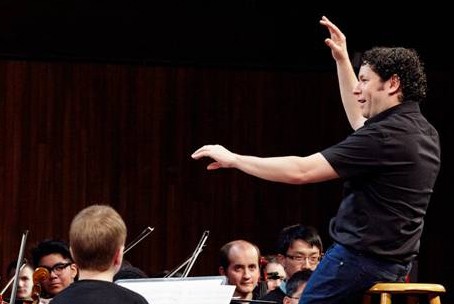 “I’m not a great singer,” Gustavo Dudamel told the kids in a teaching aside on Saturday in an El Sistema rehearsal with the Longy School at MIT on Saturday. “But of course I sing in the shower,” he said, working up a conversational lather. Here was the point, in spirit and in so many words: “We sing in the orchestra, same way we sing in the shower. You know how you get to love that big, long line you’re singing — clearer and stronger when you’re into it. We want to take it right to the point where the people in the next apartment start banging on the wall and shout: ‘We get it! Now shut up.’”

This is how we make music in Gustavo Dudamel’s world: intense focus, intense fun together. For 60 minutes or so, El Sistema-trained teenagers from public schools in Boston, Somerville and nearby worked several times through Bizet’s “Farandole” and the finale of Tchaikovsky’s Fifth Symphony with the mesmerizing maestro of the Los Angeles Philharmonic. Not once did the conductor speak of tempo, articulation, or even being in tune. But he kept offering the kids images: the difference between a dancer with long legs and someone marching on short legs, for example. Every coaching point was about adding colors for the listeners, making the musical experience more dynamic in the ensemble, a life lesson closer to home for the young players.

The life lesson was humility in triumph for the surprise star of the rehearsal show, the 9-year-old timpanist Francis Puente from the Conservatory Lab Charter School in Brighton. With his broken left wrist in a cast, Francis was working his kettle drums with just his right hand, ever with style and effect. Maestro Dudamel singled him out for recognition, and Francis smiled his thanks. His mother Maria Puente emailed the next morning: “But you know what was even more admirable with our son? While we were in the car, I asked him how he wanted to celebrate his wonderful achievement — maybe eat out in some nice restaurant, I suggested. He said he wanted to celebrate by just going home and having a quiet evening with us. He said, ‘I like being acknowledged and then being able to go back to the ordinary pace of life, like going into oblivion.’ What a blessing, too, for him to remain unaffected by all the attention he gets.”

Next day at Symphony Hall, under a thundering, tearful standing ovation, Maestro Dudamel took credit with Francis Puente’s taste for oblivion. Dudamel saluted his Los Angeles Philharmonic stars, embracing his horn soloist, his woodwind section, his brilliant cello duo who’d outdone themselves in the full Tchaikovsky 5. But to the end he stood hand in hand with the ranks of his first violins and violas. The most celebrated young conductor in the world today, the man we came to hear, never mounted the podium again after the music stopped. He declined to take a solo bow. 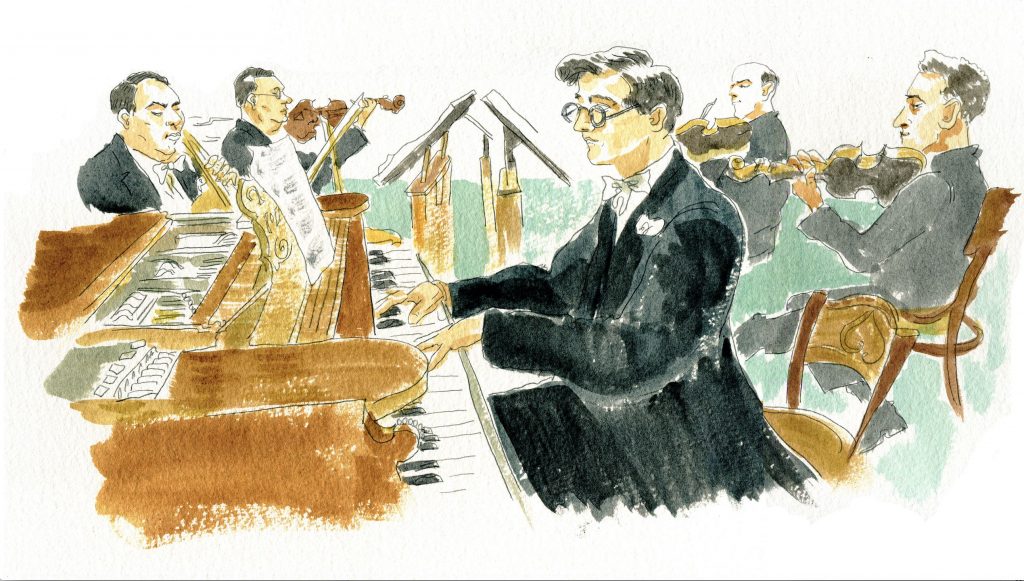 The Shostakovich story — man and music in the apocalypse of world war and Cold War — seems to get more frightfully irresistible with every remembrance, every new CD in...