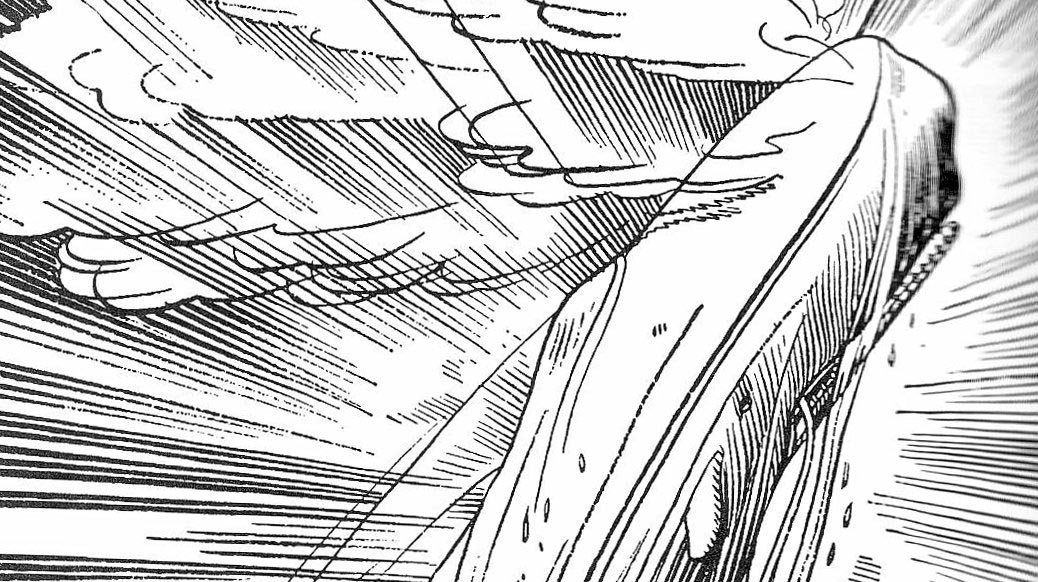 "Moby-Dick is not a novel... It is a giant Shakespearean prose poem."

Harold Bloom is giving us a one-man performance of a one-act play. He invited us months ago to his class at Yale on Herman Melville’s Moby-Dick, and finally here it is and here we are. Because this is Harold Bloom on stage, himself the “living labyrinth” of literature, his jazz-like solo improvisation is endlessly allusive — to Lear (“81 years old, my age”), to Macbeth and other Shakespeareans; to Yahweh, Job and Prometheus; to the canonical American writers from Emerson, Hawthorne and Henry James to Dickinson and Frost, Wallace Stevens and Hart Crane; to the 20th Century novelists Fitzgerald, Hemingway and Faulkner. But only Walt Whitman sits at the pinnacle with the author of Moby-Dick. “These are the two great American books,” Professor Bloom is remarking on our way into Harkness Hall, “Leaves of Grass in its various editions, side by side with this miracle of a book Moby-Dick, almost flawless, I think. What else is of that eminence?”

How strange, he adds, that Whitman and Melville, exact contemporaries in the ambience of 19th Century New York, never acknowledged each other. “I don’t know what to call them. They’re not ships. Whales maybe, leviathans — passing in the night and never taking note of the other. And yet I can no longer read one without reading the other.”

“Moby-Dick is not a novel,” Professor Bloom remarks. “It is a giant Shakespearean prose poem, quite deliberately.” And Captain Ahab of the Pequod is no more villain than hero. He is an Emersonian figure, “self-reliance gone mad.” He is a dark hero on the Greek scale, our American Prometheus. It’s not the least of Melville’s genius that Moby-Dick is new on every reading. Not the least of Harold Bloom’s genius is that, having read the book hundreds of times, he never teaches it quite the same way. He is speaking here, with barely a written note, in a classroom with about a score of Yale undergraduates. He reminds me of Sonny Rollins playing his tenor horn, drawing on a lifetime of memory and imagination, devotion and practice.

To have these ferocious killers of the natural world, these great hunters of whales, who, after all, in relation to these harpoons, are at a terrible disadvantage — except for this great monolithic vast Leviathan, straight out of Job — it’s very unfair. And you can feel, at times, submerged in the book, Melville’s own horror at what is happening. And of course we know what the ultimate consequence of this is, the decimation now of these great beasts, who are, by the way, mammals: warm-blooded breathing creatures like ourselves, almost destroyed now, for all our “Save the Whales” campaigns… There has to be, though I don’t understand it myself, some peculiar inverse ratio between the trope of whiteness in this book and the horrible paradox that these killers — including the gentle Starbuck, still the best lance out of Nantucket, the bravest man in a boat, and the fearful Ahab — are Quakers: opposed to war, to this day, opposed to conscription. Although I always remember President Richard Nixon was a Quaker. Heaven help them all, and us. What should we do with the paradox of a hunt in which we cannot possibly be on the side of the human hunters, Quaker or not, and have to be on the side of Moby-Dick, even though that goes against the deep Biblical symbolism which is involved? And Melville is all too aware of this…