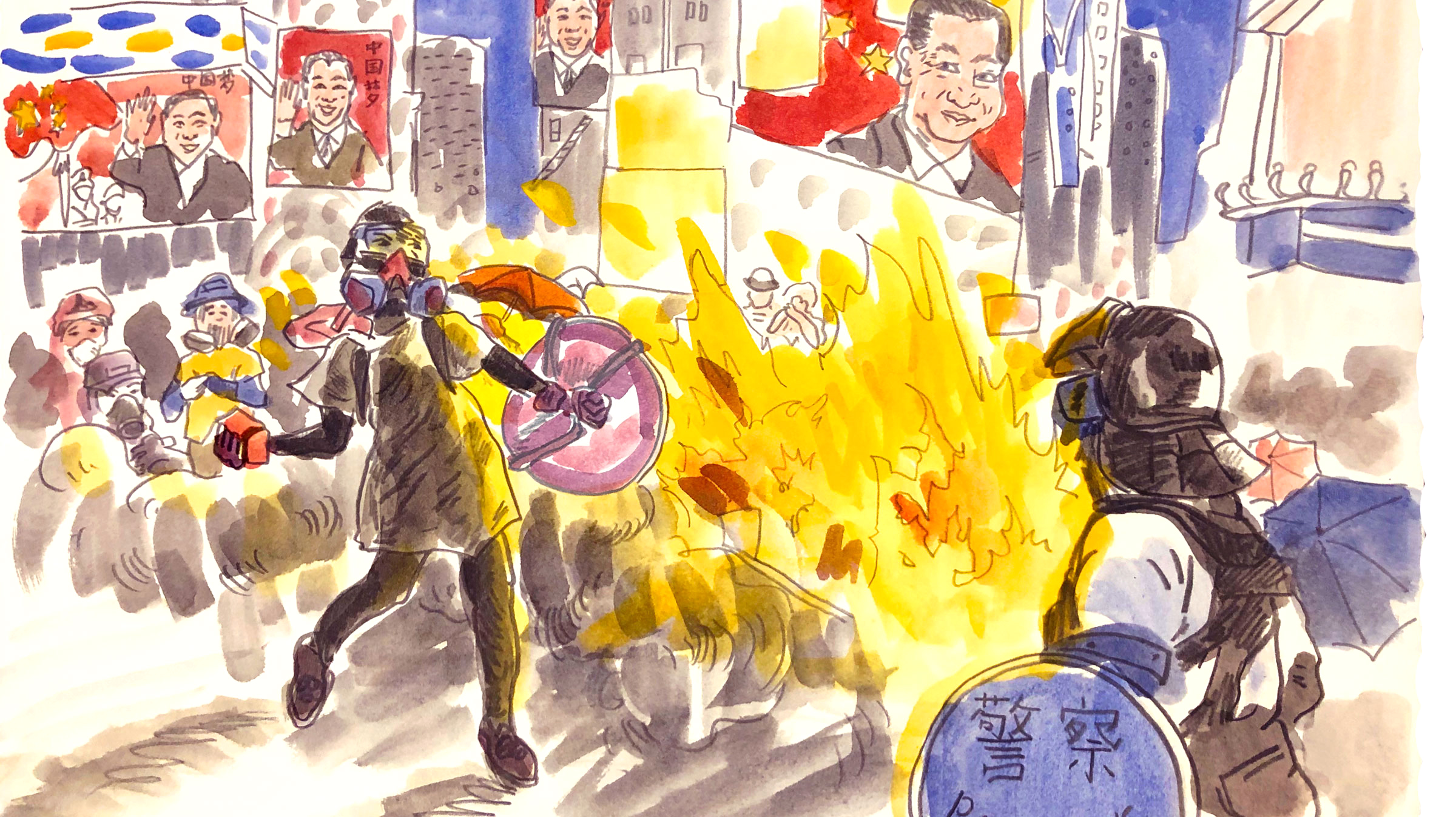 “May you live in interesting times” was never in fact a Chinese curse. It’s a modern American cliché that could work as a caption on both China and the US as 2019 winds down. We’ve got our impeachment crisis to open a presidential election year, a “surveillance capitalism” crisis that mocks ideals of shared prosperity and privacy. China’s got an even starker “rule of law” crisis. Under Chairman for Life Xi Jinping, autocratic nationalism has taken its mask off in Beijing, and in Hong Kong the police crackdown on a freedom movement in the streets has turned sharply toward lethal force. Over there and here, the toughest question might be: are we looking at the future? By the end of the police siege of Hong Kong Polytechnic University, students were crawling through sewers this week, jumping from a bridge and tunneling under barriers to get free. Not to surrender, exactly, or to flee, as one student said; just to get out of a hole getting deeper and more dangerous. The fight for almost six months now has been to preserve a measure of self-rule in the sometime British crown colony that reverted to China two decades ago—under a formula of one country with two systems of governance. But armed battle has pre-empted a political argument: bows and arrows, then fire bombs showed up in the hands of the opposition, facing water cannons and storms of tear gas from the police. No Red Army tanks yet, as in Tiananmen Square 30 years ago, but a popular protest movement is on the defensive and “crackdown” is in the air.

The Genius of an Era: A Vast World That Was
Li Zao Run, Translated by Geremie Barmé

China is in its own gilded age, says The New Yorker writer Evan Osnos, into a second generation of ultra-modern tech, a still-developing country bristling with billionaires. On the eve...