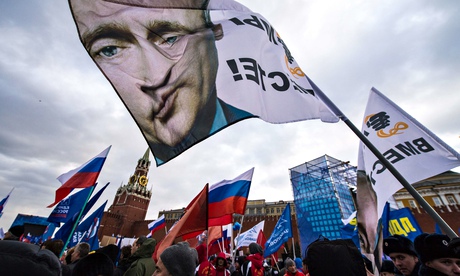 Russian troops are encircling naval bases, Crimea is locked down. We Americans are looking across an ocean, flummoxed in a familiar way by the mind and the mission of the Russian president and people.

Suzanne Massie, who persuaded Ronald Reagan that he could hate Communism and love the Russian people in the same career, puts it this way: Why do we keep getting Russia wrong? Putin is only the latest in a series of Russian leaders that have divided American thinkers and policymakers against themselves. Is he a realist, or is he ruled by his emotions? by Cold War nostalgia? by a vision of Eurasian Union? Is he a fascist or a plutocrat, or is he simply reacting to the West’s expansion of NATO? Is he winning — or has he overplayed his hand?

We turn to Massie and other close familiars of Russian culture and history to try and figure out how to read the Russians, now and forever. Thought experiment: given that many of our best insights into Russian character and temperament come to use from their literary geniuses, can we summon some collective judgment on Putin, Ukraine and the Crimea from the contentious, often dissident wisdom of Tolstoy, the humanist; Dostoevsky, the Slavic Nationalist; Chekhov, the gentle star of both Moscow and Yalta; Solzhenitsyn, who argued forcefully that Ukraine must be an eternal part of Russia; and Vladimir Nabokov, who sailed out of Russia for the last time from the Crimea?

Guest List
Suzanne Massie
connoisseur of Russian art, music and literature whose private tutelage of Ronald Reagan gets major credit for his historic walk through Red Square -- and maybe for the cultural thaw that ended the Cold War. Her new book is the terrific memoir, Trust but Verify: Reagan, Russia, and Me
Mark Kramer
senior fellow at Harvard's Davis Center and director of its Cold War Studies Program
Maxim D. Shrayer
professor of Russian, English, and Jewish Studies at Boston College, and author of Leaving Russia: A Jewish Story and other books
Svetlana Boym
Professor of Slavic and Comparative Literatures at Harvard University and the author of Another Freedom, a reflection on the cross-cultural conception of freedom
Reading List
Getting Ukraine Wrong
John Mearsheimer
John Mearsheimer, "Getting Ukraine Wrong," The New York Times: "The White House view, widely shared by Beltway insiders, is that the United States bears no responsibility for causing the current crisis. In their eyes, it’s all President Vladimir V. Putin’s fault — and his motives are illegitimate. This is wrong. Washington played a key role in precipitating this dangerous situation, and Mr. Putin’s behavior is motivated by the same geopolitical considerations that influence all great powers, including the United States".
Putting Putin on the Couch
Susan Glasser
Susan Glasser (and many others) put Putin on the couch  with comments on him as a political leader and as an individual in Politico
Putin’s long game? Meet the Eurasian Union
Leon Neyfakh
Leon Neyfakh discusses the prospect of a new Eurasian Union in the Globe's Ideas section
The Novel that Predicted the Invasion of Crimea
Michael Idov
Michael Idov  writes on Vassily Aksyonov’s “The Island of Crimea” written in 1979, and the novel's modern application for The New Yorker (blog) 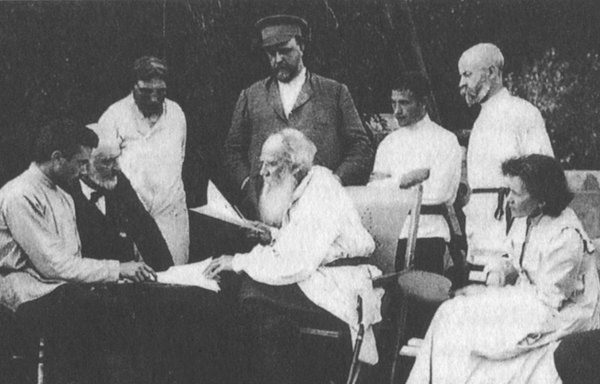 What Would Tolstoy Say About Russia and Ukraine?

What if we could summon the best Russian minds we’ve ever known – starting with the humanist Tolstoy, the Slavic nationalist Dostoevsky, the gentle Russian in the Crimea Anton Chekhov,...