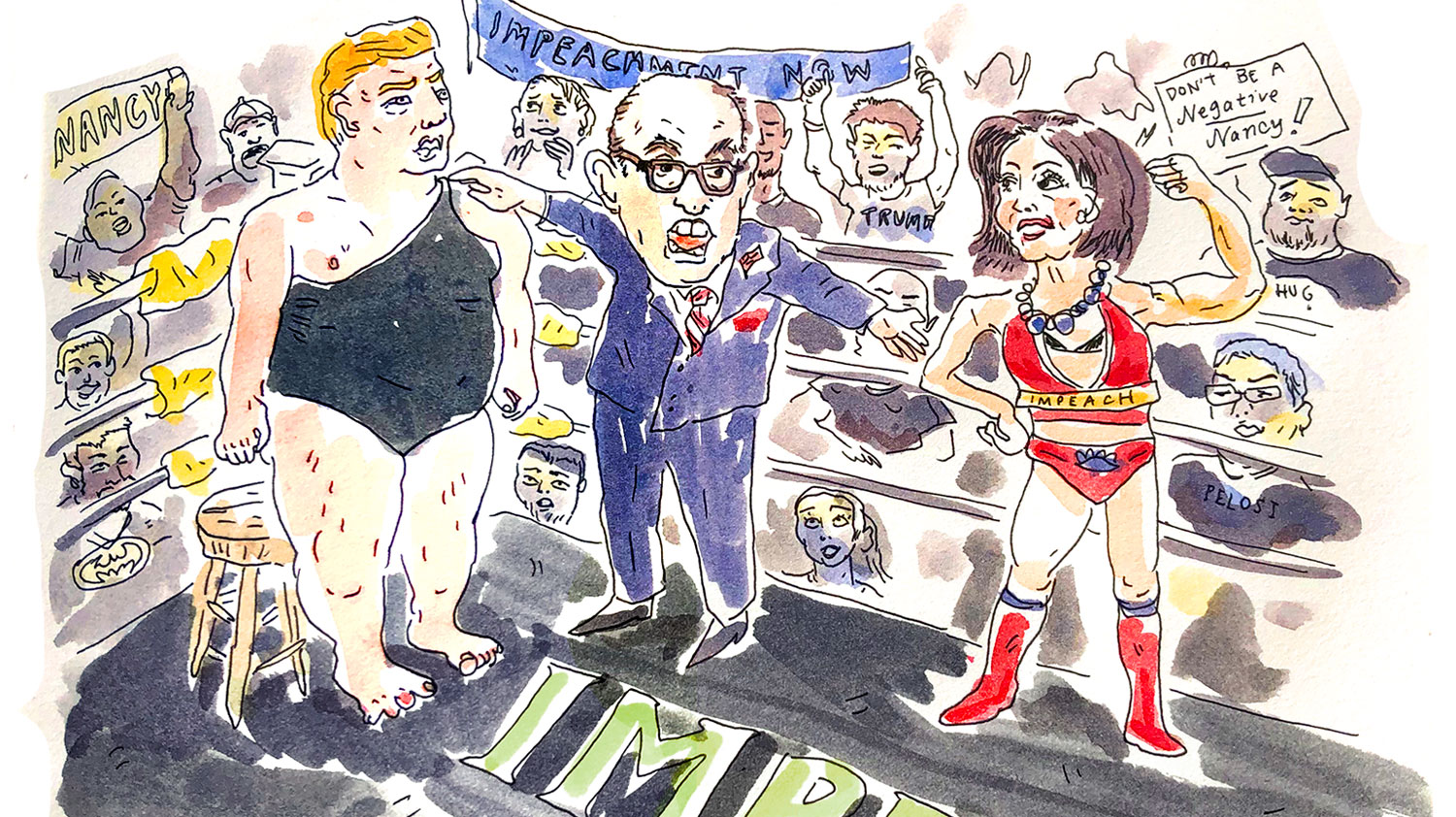 The impeachment treatment for Donald Trump looks already an ultimate fighting contest with a nasty guy who makes up his own rules. We’re thinking it through this hour. Do you credit Nancy Pelosi with a leap of faith that there’s a way to rescue dignity, clarity, and a win by taking a clown-circus presidency with a cage brawl? Is there a Colin Powell doctrine for this sort of politics? Doesn’t the impeachment team need a clear, attainable objective in this battle and an exit strategy before it starts? However it ends for the elite political class, what about the people’s worries that run older and deeper than Donald Trump: climate change; social breakdown; worsening inequality; and a lot of bad wars. The impeachment season has opened, and as we were supposed to know all along, it was never designed as an orderly court battle at law. It’s about politics, survival, and media war, virtually without rules, that takes the slanging tone of Trump up a notch, from a bad circus to mixed martial arts. The Marquis of Queensbury is looking away. President Trump is raising the insult level at what he calls “low life” Democrats and “stone-cold crooked” Bidens, father and son. And he’s raising his bet that he can’t be blamed for digging political dirt on Joe Biden in Ukraine; he said out loud he’d do it all again, asking China for dirt to match.

The Impeachment Crisis Just Got Worse for the GOP
Joan Walsh

I Wrote About the Bidens and Ukraine Years Ago. Then the Right-Wing Spin Machine Turned the Story Upside Down.
James Risen