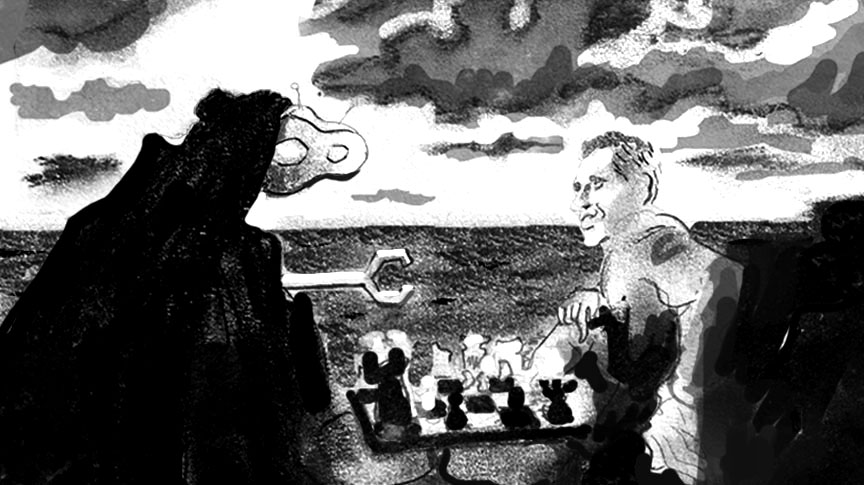 On the New Era of AI

The “intelligence explosion” foretold 50 years ago, could be here any minute. Artificial intelligence has now survived the “AI winter” — and is back in public conversation. It’s not just a Silicon Valley buzzword or a subject for speculative fiction, but a real possibility on the tech horizon, with real money backing it.

As the machines move beyond just beating their masters’s in games like Chess and Go and start honing in on deep learning, neural networking, and “Big Data” sorting, we’re asking the Big Question: where’s this whole thing going?

In the long-distance frame, there seem to be three general ways of thinking about our AI future:

One view, advanced by tech evangelist and sympathetic investors, is that this could be a blessed utopia come to save us—rational, sensitive, error proof.  Another perspective—championed not just by alarmist Luddites but also many iPhone-dependent citizens—is that we’re headed towards a dystopian decline; a loss of the better parts of our “irrational” humanity.

And then comes the third view: that this is mostly just entertainment either way—pure fantasy till we have a computer that can not only read a human face as well as any baby can, but also has the capacity for true creativity, empathy, and love.

In our conversation on the subject, we’re trying to do away with conventional wisdom and find real intelligence in the AI conversation.

Max Tegmark, author of Life 3.0: Being Human in the Age of Artificial Intelligence, is a Swedish-born physics professor at MIT with real enthusiasm for the next wave of AGI (“artificial general intelligence”) devices. But he’s not blind to the possible troubles on the horizon, as he writes in his book: “we have no idea what will happen if humanity succeeds in building such a thing.”

Erik Brynjolfsson—director of MIT’s Initiative on the Digital Economy—also has a serious investment in the world of AI, but he still keeps a wary eye on the digital workplace, and on the march of technology, balancing intelligent skepticism with mindful optimism.

Cathy O’Neil— a mathematician, data scientist and author of Weapons of Math Destruction— is a cutting critique of the Big Data revolution and the various biases and limitations which the AI branding tends to conceal. She warns that it isn’t a future crisis we need to think about, but a crises that is already here, and which we can see in the algorithms controlling our Facebook feeds as well as our credit scores.

Yarden Katz, who works and writes at the intersection of AI and biology at the Harvard Medical School, is less worried about sci-fi dystopia and more concerned about the ideologies behind the AI hype. The new tech gold rush maybe be another symptom of neoliberalism (as Yarden has discussed with us before). It also may help revive older ideas and ideologies such as behaviorism—refuted by Chomsky as an inadequate model for human life, but now at the core of how we think about machine life.

Hidden in the Algorithms
Arthur Goldhammer 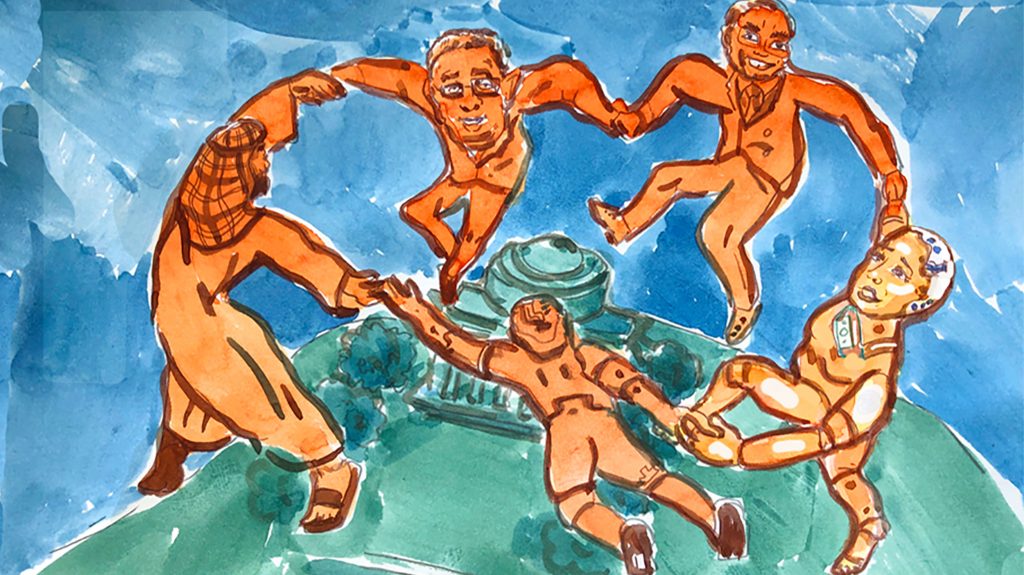