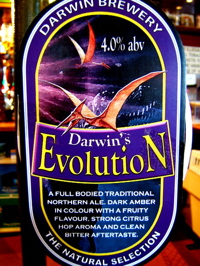 Back in August, we did a show on intelligent design with Ken Miller. The idea was to try to understand the very slippery meaning of the term — to figure out just what it is and what it isn’t — and at the same time to make it clear that you can believe fervently in evolution and God at the same time. Since that show, several interesting things have happened on the roiling political front of I.D., and it seems like a good time to check in on what’s going on.

Dover, PA, is in the middle of a trial over whether I.D. should be discussed in ninth-grade biology. And to complicate matters, earlier this month, only days after closing testimony in the trial, Dover residents voted out the eight school board members up for re-election in favor of candidates who ran against mentioning I.D. in science classrooms.

Funnily enough, on the very same day that Dover residents ousted their pro-I.D. school board, the Kansas Board of Education voted 6-4 in favor of new k-12 science standards that the New York Times calls “the most far-reaching in the nation in challenging Darwin’s theory of evolution in the classroom.”

The conservative coalition, which is coming unglued for many reasons, will rapidly disintegrate if limited-government conservatives become convinced that social conservatives are unwilling to concentrate their character-building and soul-saving energies on the private institutions that mediate between individuals and government, and instead try to conscript government into sectarian crusades.

So: among others, we’re inviting Ken Miller — freshly back from testifying in the Dover trial — to walk us through the Dover case and its effect on the community. The idea is to look closely at Dover and Kansas and then try to understand the bigger political story. What would you like to ask?

Professor of Biology at Brown University.

Author of Finding Darwin’s God: A Scientist’s Search for Common Ground Between God and Evolution and a biology textbook called Biology.

Outgoing member of the Dover school board.

Member of the Kansas State Board of Education. Veterinarian.

The Dover statement that is read out in 9th grade biology classes.

The new k-12 Kansas standards that, according to the New York Times, redefine science so that it’s not “explicitly limited to natural explanations.”

24 MB MP3 It might be Creationism in a cheap tuxedo, but a lot of people like the cut of that tuxedo. Kenneth Miller   [Skronk/Flickr] More than 20 states are thinking about challenging Darwin’s...