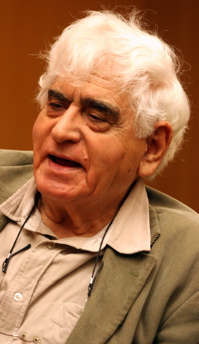 Listen to the archeologist Behnam Abu Al-Souf long enough, and you’ll be hearing the Iraqi uncle you never knew you had. Dr. Ben as I call him is a great bear of muscular, hands-on scholarship. For half a century he has been an eminence in the excavation and preservation of neolithic Northern Iraq. By now he is a sort of Father Time from Mesopotamia, a man with ten or fifteen thousand years of historical memory in his head, about the land for which archeology was invented. He is at Brown this winter, a “scholar at risk.” And we have been having this long, free-ranging conversation about the recent and ancient past of Iraq, about the Baghdad he finally escaped (“I came out of Hell”), and sometimes about the future of his country. King Nebuchadnezzar of Babylon in the sixth century B.C. can sound like the recent past in Dr. Ben’s telling. The really ancient Sumerian past introduces giants like Sargon, the king of Mesopotamia in the third millenium B.C. And then there’s the king and legend Gilgamesh, Ben’s “hero of heroes, the best of men.” In the Sumerian epic and “creation myth,” the oldest work in literature, Gilgamesh was the proto-giant who (around 2700 B.C.) wrestled with the shepherd Enkidu on a symbolic line between civilization and wilderness. “Gilgamesh won, and they were friends thereafter,” as Dr. Ben puts it. These were the romantic “idylls of the king” in which Dr. Ben grew up. The Iraq of his youth in the 1940s was a “golden age,” as he recalls it, in a safe and sane British-built constitutional monarchy under the Hashemite King Faisal II. Dr. Ben came of a Chaldean Catholic family in the old, religiously mixed and tolerant city of Mosul — opposite the ancient city of Nineveh on the Tigris River. Ben was a body-builder in his youth, and a swimming star. A 40-kilometer swim in the Tigris was an afternoon’s good exercise. His orientation to strongmen and heroes was his introduction to classical history, which he studied with the first generation of homegrown archeologists in Iraq, and then at Cambridge, where he got his Ph.D.

Ten thousand years is… an open book. I read it, because I lived it. Not only I study it, but I lived those events. I don’t practice archeology as a government employee or official. I practice archeology as a lover. You understand? More than admirer, a lover. That is why I make good progress in archeology. When I used to talk on the television, I don’t need to have a paper with numbers and names. All are written here, on my chest, on my mind — ten thousand years or more of events in my memory. I just talk, and they enjoy it. Even Saddam used to like my talk on the television. He used to tell Tariq Aziz [his foreign minister]: ‘Look at your friend.’ He used to call me Ashurbanipal — the famous Assyrian king whose library was found at Nineveh — because I resemble the Assyrian and so he used to tell the people: ‘Ashurbanipal is talking.’ I mean: Saddam I don’t think loved anybody, or liked anybody. Only himself perhaps. But he enjoyed watching me, and he used to tell Tariq Aziz: ‘look at this man — I like him. He talks without fear. He’s bold. I wish there are many Christians like him in Iraq…’ 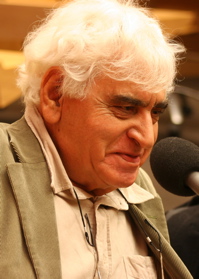 The recent history of Dr. Ben’s Iraq — starting with the war with Iran through the 1980s — is a nightmare spiraling downward to insanity and the unspeakable. The Iran-Iraq War was a monstrous bloodletting for which Ben holds Saddam mainly responsible. The invasion of Kuwait in 1990 was a worse mistake that brought disaster to his country. What you hear in Ben’s account of the last years is a man fending off the absurdity of what he himself has just experienced.

On the Voice of America I heard it myself from Dick Cheney: ‘we could have toppled Saddam Hussein, but we were afraid we’d bring chaos to the country.’ It was wise of Bush, the father, not to come to Baghdad at that time… Ahmed Chalabi [the expatriate Iraqi advocate and point-man of the US invasion in 2003] was living abroad for 40 years, not living and suffering under the regime. Reading Paul Bremer’s book, My Year in Iraq, I realize even the Americans didn’t like Chalabi… [On the night of ‘shock and awe,’ the start of the American invasion on March 20, 2003] I was asleep in my house in East Baghdad. I said to my wife: ‘My God, they did it again.’ The Americans! And I said to myself: ‘Saddam, you are to be blamed…’ It was as if he wanted to be attacked. As if he asked for it. We asked for it… The invasion for many Iraqis was a relief. They were suffering under Saddam Hussein. What happened later, after months of chaos… people started to think: at least there was security under Saddam Hussein… When we realized that antiquities were in danger in the National Museum, I heard an American army officer say, ‘it is not our job to be policemen.’ … But they protected the Ministry of Oil… The first job of a conquering army is to protect. I cannot forgive them for that. [Of the pillaging of the National Museum — in the period when Donald Rumsfeld said: “stuff happens”] Four unique Sumerian pieces were taken. Luckily they came back after 10 days… There is a great loss of smaller pieces: a loss but not a great tragedy… The rest of the figurines could be compensated by more excavation… We could go into the field and bring back ten times what we lost… It is easy to talk, sitting 8000 kilometers away. But as an archeologist and scientist and intellectual who loves his country: we don’t need democracy. It is too early to have ‘democracy’ after 40 years without a parliamentary process… I wish they [the Americans] had left Ayad Allawi in charge — a ‘good Baathist,’ against Saddam… a shrewd, tough, clever Arab nationalist before Shia sectarianism and the politics of revenge took over… We missed the Allawi opportunity… We need severe martial law, and to stop this parliamentary system which is not benefitting anyone.

There may be as much anecdotage and argument as analysis here. Certainly there are more questions than answers. I still want to know how we Americans thought we could contribute to a new Iraq by a war of humiliation and occupation. I still wonder who is going to help large-spirited Iraqis like Dr. Ben get their country and their heritage back. We will continue the conversation in a public session at the Watson Institute on April 10, and with your help on these pages. Talk to your Uncle Ben.

We are catching the New York Times’ ace war correspondent John F. Burns on his way back for his umpteenth tour in Baghdad. Burns was there with his eyes wide...