Muslims all around the world are pissed. Pissed at those people who are publishing irrelevent pictures of our prophet, Muhammad (peace be upon him). These people, who are ignorant and pathetic include Kiwis here as well….NZ is the latest country who will publish these pictures after many weeks of silence, pathetic losers. I’m going to loathe Kiwis even more and would pick a fight with anyone who calls me a terrorist or mocks my religion.

Anyway, I was PROUD to be amongst the many muslims protesting down Queen Street here in Auckland City today.

I hope you understand that I am not the type of person who accepts violence in order to get a message across, such as the burning buildings etc. This is why I joined the Auckland protests as they were peaceful.

Asad Khalid Naseem, from an email to Open Source on 2/7/06 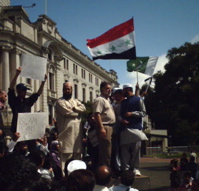 War-on-Terror hawks might say New Zealand dropped us as soon as things got rough (they officially opposed military action in Iraq); then again, New Zealanders might say they supported us when they thought our actions fair (i.e. in Afghanistan).

Regardless, it may seem out of character that three NZ newspapers, The Dominion Post, The Nelson Mail, and The Press printed the Danish cartoons as a free-speech protest. In separate statements, editors of all three newspapers defended New Zealand’s right to know “what all the fuss was about,” and defended their duty to “keep readers fully informed”. Only the editor of The Dominion Post has claimed solidarity with the European newspapers that ran the cartoons last week.

Not all of New Zealand agreed.

The simple fact here is that, freedom of speech is not absolute in Europe, there is precedence where it is restricted. So in that sense, these European countries do not have the same values as New Zealand (as far as I know denying Holocaust or any other type of speech does not get you prison time in NZ).

Publishing cartoons that insult members of a major religion does more harm to the precious freedom of speech than good.

As an expat Kiwi, I was proud of our small country’s ideals and sensible culture that embraced diversity, and which was so highly thought of overseas. I question the wisdom of a NZ newspaper which follows the lead of a Europe that is often filled with racism, led by greater powers, and breeds division. Respect, and tolerance for one another’s differences is the essence of peace. Publishing the cartoons was not a lesson in freedom of the press, but a tactic for selling more newspapers to the detriment of our wonderful country’s reputation and the backlash it will most likely cause to our exports. My head hangs in shame.

Though local Islamic leaders are preaching peace, NZ student blogger Asad Khalid Naseem — quoted above — was one of at least 700 protestors in Auckland who marched on Sunday. Asad is a member of a small but growing population of Pakistani and Indian expats who have been settling in New Zealand since the 1970s. Recent numbers estimate the Muslim population in New Zealand at close to 6,000. One in eight marched in Auckland. 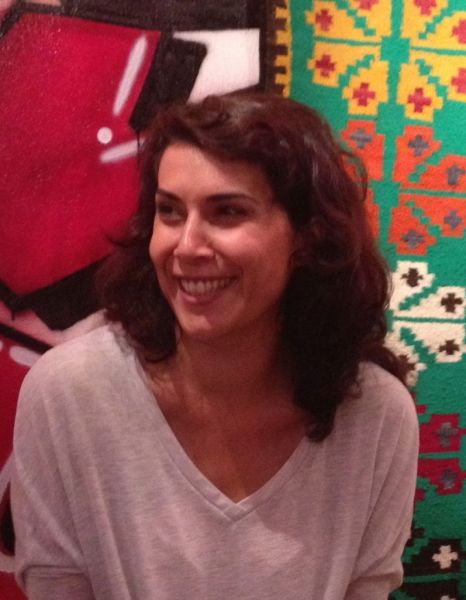 Click to Listen to the Show (24 MB MP3) Everyone’s talking about Syria. And talking about talking to Syria. They’re echoing a refrain started this summer, that the road to peace...