Jackson Lears‘ cultural history, Rebirth of a Nation, from the Civil War to World War One, is the flip side of Louis Menand’s dazzling take on the same period, The Metaphysical Club (2001).

Menand wrote about the invention of Pragmatism. What became known as the American philosophy was conceived deliberately as an antidote to the unbridled passions that had just taken more than 600,000 American lives and nearly broke the Union.

Lears is writing about the war virus that survived the pragmatists’ “cure.”

In Lears’ rueful reconsideration of the story, Teddy Roosevelt reemerges as the poster-face of the era: the first captain of American empire and true ancestor of the bathetic George W. Bush.

The first Gilded Age and its lingering effects are almost reducible to a contest of ideas and temperaments between a great teacher and his student who became a giant president.

“Unless we keep the barbarian virtues,” Teddy Roosevelt wrote in 1899, “gaining the civilized ones will be of little avail.”

William James, who’d tutored Roosevelt at Harvard, made precisely the opposite point in The Moral Equivalent of War (1910) : that the claw-and-fang ferocity that bred the species was now undoing us. “And when whole nations are the armies, and the science of destruction vies in intellectual refinement with the sciences of production, I see that war becomes absurd and impossible from its own monstrosity.”

Vice President Roosevelt promoted the US war in the Philippines (1899 – 1902), then as President inherited the waging of it.

James — in league with Mark Twain, Samuel Gompers, Andrew Carnegie and others — denounced America’s colonial venture, anticipating the over-the-top curses of President Obama’s onetime pastor in Chicago, Jeremiah Wright. “God dam the U.S. for its vile conduct” in the Philippines, said James, our greatest public intellectual. American intervention would destroy “the one sacred thing in the world, the spontaneous budding of a national life” among the Filipinos. “We can destroy their ideals, but we can’t give them ours.”

But this story of the two cordial enemies, Professor James and President Roosevelt, is just a piece of the contest over Republic and Empire, as old as the European settlement of the continent: were we to be a city on a hill, or an empire of liberty? It is an argument that raged recently through the punditry around the war in Iraq, with Paul Krugman, Jon Stewart, Gore Vidal and Andrew Bacevich in what could be called (but never is) the Party of the Republic, and Christopher Hitchens, George Packer, Robert Kagan and Tom Friedman in the Party of Empire. It is a story as current today as Barack Obama’s difficulty reconciling the health of the people (call it: healthcare for all) and extended war in Afghanistan.

Jackson Lears explains that he undertook his new book “in sadness and anger” in 2003, asking why Americans keep talking themselves into faraway wars of choice – to wit: Vietnam, Iraq, and Afghanistan – knowing the horrific price in blood and treasure and reputation. Lears’ answer took him back more than a century to an American longing for regeneration after the Civil War: it’s a longing to start over, maybe to be born again, one-by-one and as a nation, to exercise a manly, muscular Christianity, with a wispy wish that maybe war makes us stronger, no matter the evidence to the contrary.

In our conversation, Lears’ answer extends to a melancholy reflection on the Obama doldrums of August, 2009:

JL: Like a lot of other people, I was moved profoundly by the victory of Obama. Moved to tears, in fact, about the sense of possibility that this seemed to restore. I kept thinking about the term ‘deliverance’ — I thought of this as a deliverance from a nightmarish period in our history, and a period where really there had been a kind of unfolding coup d’etat, [the Bush administration] running roughshod over civil liberties and certainly the republican tradition. And Obama seemed to promise, certainly in his campaign rhetoric, a fundamental departure from the kind of imperial abuses that Bush and company had specialized in and had deployed so effectively and relentlessly while they were in power. Obama seemed to promise deliverance. That was the word that came to mind for me. And regeneration, of course, along with that.

CL: You’re putting a lot of those Obama hopes in the past tense…

JL: I don’t see the kind of leadership that Obama had a mandate to provide. He could have made more things happen, certainly with respect to health care, and could have taken command of the debate and framed it more effectively rather than bending over backwards to create this bipartisan solution that I think is an utter delusion when you are dealing with the kind of rabid free market ideologues that are left on the Republican side, now that all of the moderates have been defeated by Democrats.

I am very dispirited by this—I haven’t given up hope altogether because I think that Obama represents, in some ways, the soft imperial side of the American imperial tradition rather than the hard Teddy Roosevelt side. He represents the Woodrow Wilson side, the side that, at least, sees war as a last resort, rather than something that is actually desirable. It is less bellicose in rhetoric and it can be persuaded to sit down and talk about things in ways that the more extreme militarists cannot. Nevertheless, in its very benign quality, the humanitarian interventionist argument can be quite seductive and ultimately quite dangerous as well, and that is what I fear I see happening in Afghanistan…

I am concerned that even as he embodies a more multicultural and more pluralistic perspective, and certainly a more diplomatic perspective than a militarist one, his willingness to talk to Iran, for example, is a sign for some cause for hope. But I also think the universalist aims — the old Wilsonian tradition — is not dead by any means: we can go marching abroad in search of monsters with the best of intentions and those adventures can go horribly awry. There is a great deal of hubris involved in either case, it seems, whether you are taking the harder line or the softer line. 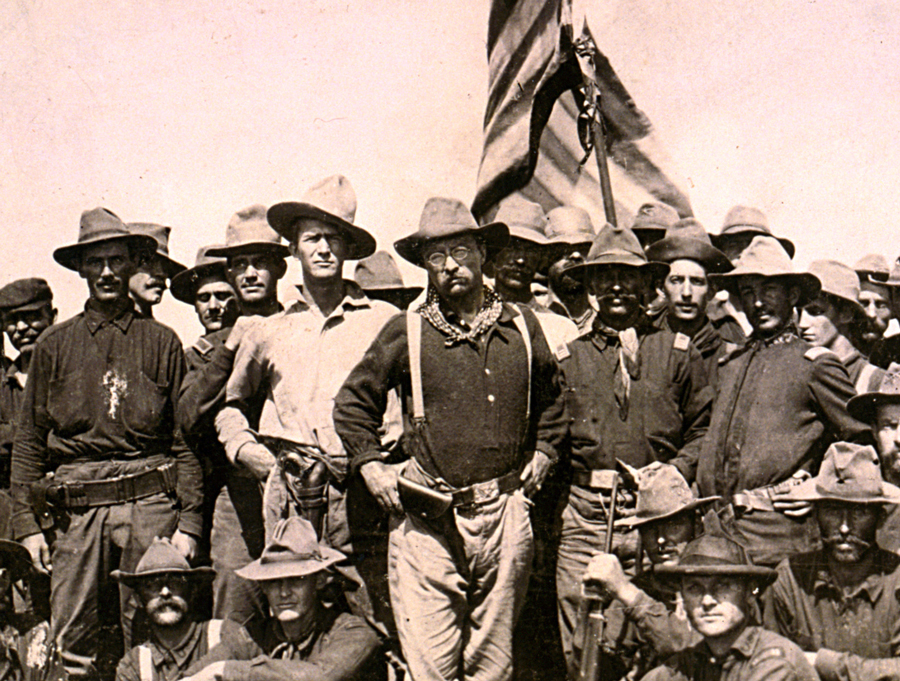 In the run up to another war in the Middle East, after stalemate in Afghanistan and Iraq, what is it in the American DNA that makes us think it it...