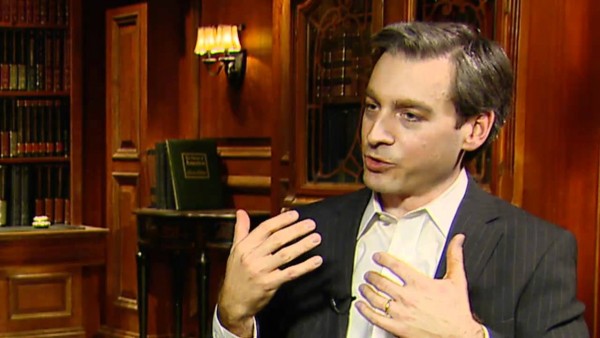 Jacob Hacker, Yale’s bright light on American politics and co-author of Winner-Take-All Politics, is giving us a baseline on the election-year landscape:

1. The American dream has lost a 35-year ground war to corporate capitalism. The very rich have pulled decisively away from the rest of us. (The top one-percent has swallowed 50 percent of the income growth since 2000.) The general economy is in the dumps, “running on fumes.” Anger and alienation rule our politics.

2. It may take — if we’re lucky — a 35-year organizing battle to re-legislate an inclusive prosperity, meaning the postwar “social democracy” that the late Tony Judt saw slipping away, or what David Bromwich calls the “New Deal settlement” between capital and humanity.

3. The hope out of our history is something like the 35-year Progressive Era from the 1890s to the 1930s, between the two Presidents Roosevelt. Farmers, feminists, unions and muckrakers built an astonishingly broad backfire against the inequality and corruption of our first Gilded Age and remade the country. But 2012 doesn’t feel like an auspicious moment for the big fight that is coming: “We have very little in the way of an organized movement around these issues; and the language of reform is impoverished.”

The fact that we’ve massively slashed taxes on the richest in a period when there’s been weak economic growth and weak job growth and the median has seen its income stagnate, is as much of a refutation of the trickle-down theory as you could wish for; but nonetheless many Republicans are going to double down on the theory. I think that suggests there’s a big fight coming; there’s no grand bargain lurking here…

On one side you have the proponents of letting Wall Street do whatever it wants, and of cutting taxes on the wealthy at a time when we have record inequality, certainly since 1929. On one side you have that clear, articulated argument that the market knows best; that you have to help the risk-takers or the job-creators — it’s a mantra that’s been repeated for 20 years, and bought into by a lot of people on both sides of the spectrum.

What’s on the other side? Much of it is still pretty inchoate. A lot of the talk is about fairness. I do think, as Dan Ariely’s work suggests, there are some pretty basic notions of fairness that are completely at odds with our current economic realities. The much more basic argument — the one that Acemoglu and Robinson’s work points to — is the idea that our economic and social health depend in the long term on having inclusive institutions that allow all people to share in the promise of America. That is basically an economic argument in the end — that economic success depends on political inclusion. And our politics has become massively exclusionary.

What we’re finding the more we scrape beneath the surface is that the United States has really lost its way economically. We’ve seen growth but much of that growth has gone to a very narrow slice of Americans… We’ve seen growing technological sophistication in our economy and in health care, but we’ve also seen Americans grow increasingly insecure, less likely to have insurance, bearing more of the cost on their own. We’ve seen life expectancy increase, though less here than in many other rich countries. But we don’t have a retirement security system that works to insure that people have a basic protection against poverty or hardship in old age.

We have essentially been running on the fumes of many of the investments we made in the postwar years through the 1970s, and we’re not just beginning to realize how far behind we are. And that’s unfortunately a difficult message to put out there, but it’s true.

I like it about Jacob Hacker that he talks both money and power, making the vital who-gets-what connections across academic disciplines of economics and politics. He sounds like a liberal Democrat, but he fights a lot of the standard lines. Our distress, he’s saying, has little to do with globalization or the digital transformation; it has everything to do with a concerted business strategy (triggered by Lewis Powell’s memo to the U. S. Chamber of Commerce in 1971) to mobilize its political influence “aggressively and with determination… over an indefinite period of years.” The first returns on that effort — cutting capital-gains taxes and cutting down organized labor — showed up in Jimmy Carter’s term, not Ronald Reagan’s. It was Bill Clinton’s presidency — between the two Bushes — that deregulated banking and hooked Democrats on a shameless Wall Street money addiction. Professor Hacker is perhaps too polite in observing that President Obama is now “cross-pressured” on issues of financial reform and tax justice, meaning that in a testing time for the country, organized money owns one and a half of our two parties. This is a man to help us decode the presidential campaign.

Click to Listen to the Show (24 MB MP3) A latter-day Lyndon? [dpanarelli / Flickr] Barney Frank wants to make a deal. He’ll chair the Financial Services Committee in the House...