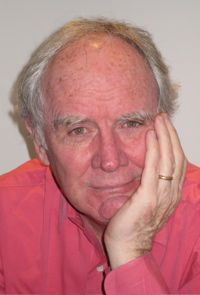 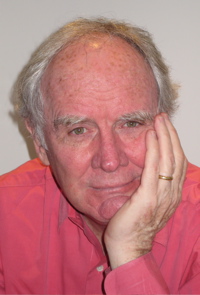 …that through these disciplines, rituals, and searches, we have some prospect of getting better. This, therefore, is practice like the practice of an art or sport. That we are practicing means, above all, that we are not perfect — not in faith, hope, or charity. Not in poverty, chastity or obedience. Not in the cardinal virtues, or the works of mercy, or the acts of contrition. Not in peace or justice. Not in the life of prayer, which is nothing but attention to the presence of God. In all of this we are practicing, which is the only way we know to be a Catholic.

“Americanist” — meaning: stamped with Ralph Waldo Emerson’s individualism and universal in-dwelling spirit. Embodied in the Boston priest of JFK’s inaugural, Richard Cardinal Cushing, who was moved by his love of his sister’s Jewish husband, Dick Pearlstein, to bury the old Roman boast that there was “no salvation outside the church.” Jim Carroll’s Americanist piety moves in a zone between, on one hand, our overtly secular national culture and, on the other, the anti-modern, anti-democratic European church tradition that Pope Benedict XVI seems to be reviving.

The practicing Catholic is at Mass. What makes a Catholic? This tradition is sacramental. The practice of Mass trumps all doctrine. We can have disagreements with the Pope and the bishops — about abortion, birth control, stem cell research, the miracles of the saints, all of that. But what we have in common is the intuition that at the table, around bread and wine, we encounter each other and God in a profound way. It’s food. It feeds a kind of hunger. Catholics go to Mass. What is a practicing Catholic? It’s somebody who goes to Mass.

James Carroll in conversation with Chris Lydon in Boston, April 10, 2009. 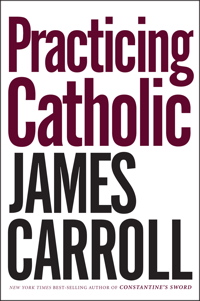 Jim Carroll, like me, was in the last generation of Latin-Mass altar boys, a child of the “faux-medieval” Catholic Church before the Second Vatican Council in the mid-1960s. He was a Paulist Priest and university chaplain for five years, and was then absolved of his vows to pursue a rival vocation: writing. For most of 30 years now Jim has modeled to me what it could mean to modernize a tradition that, even if we didn’t quite grasp it, grasped us forever.

Long ago over lunch with our friend, Bernard Avishai, the question was, “No kidding, do you believe in God?” When I hesitated a while, Jim said: “Chris, you believe in music…,” which I surely did. That was a rough start of a religious inquiry which led, not least, to my second baptism at the Twelfth Baptist Church in Boston in 1987. Along the way, Jim, Bernie, I and a grown-up variety of seekers (mostly Jews and Catholics, of many degrees of conviction and curiosity) read and chewed over the Bible, twice, from Genesis to Revelation.

Our conversation resumed this Good Friday morning over coffee and Jim Carroll’s arresting new book, Practicing Catholic. Jim is a learned radical in religion, ever at odds with the hierarchy, and still “incurably pastoral.” I think of myself as an ill-educated spiritual enthusiast, “eternally hungry.” And so it astonishes me to read anew how often our searching paths crossed over the years — around Emerson, for example, and Cardinal Cushing, who baptized me at birth; also Martin Luther King Jr., William Sloane Coffin, Thomas More and Thomas Merton.

Part of my puzzle in all these ruminations is whether Jim and I are sharing the fixations of one generation of American guys, or rather questions that reach all sorts of other people sooner or later. So your own versions of Jim’s questions and mine – church, tribe, belief, modernity and God – are entirely to the point and much more than welcome. 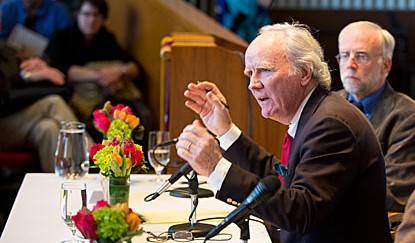 At the Harvard Divinity School, we’re listening in on the euphoria around the new Pope, Francis. What’s in a name? A lot, it turns out. What’s the real brand of the Jesuit...