Jared Malsin: the kid next door reports from Bethlehem

Jared Malsin: the kid next door reports from Bethlehem 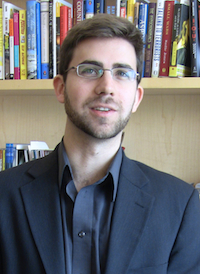 Click to listen to Chris’s conversation with Mustafa Barghouti. (53 minutes, 32 mb mp3) Ask Palestinians why there is no Gandhi in their movement, and often the answer comes: but there...