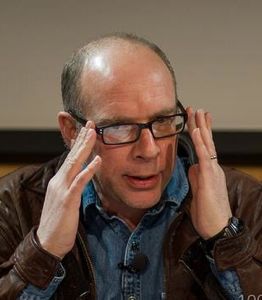 Jay Rosen on our Media Malaise: Who Will Tell the People?

Jay Rosen on our Media Malaise: Who Will Tell the People? Jay Rosen – NYU journalism professor, social-media rock star and most thoughtful of press watchers – thinks the critical news stories of our time have grown “Too Big to Tell.”

We’re pulling on a thread — “what are we going through?” essentially — that began with the late Tony Judt‘s last book of sermons Ill Fares the Land and continued with Timothy Snyder and Thinking the Twentieth Century. It’s a wide-open inquiry that needs your nudges. Listen and comment, please!

It’s impossible to register in our public conversation an America in decline, a loss of confidence. We also haven’t dealt with the huge crisis of accountability. Nobody’s accountable for anything in this country. Who’s accountable for a phony case for war, put forward in 2002 and 2003? Nobody! Who’s accountable for a financial crash and corrupt financial practices that went on for years and made lots of people rich? Nobody! Who’s responsible for failing to detect a phony case for war — in the press? Nobody. Just to take an example: David Gregory [of NBC] to this day maintains that he and his colleagues reporting on the White House and the Bush Administration did a great job in the run-up to the war. He says this today. His reward for that is not to be laughed out of the profession but to get Tim Russert’s chair on Meet the Press. He’s bigger than ever! To me just that little story tells the tale of accountability in the United States. And it’s that group of people that still has a hold on the political conversation, even though fewer people believe them or pay attention or rely on them. And so the alternative to a reality-based politics, which we do not have, is just a huge increase in cynicism.

That idea of stories too big to tell, lies too big to take back, an audience hooked on placebos it doesn’t believe — it all makes sense about a malaise that the late Tony Judt was trying to pierce. Jay Rosen is putting his finger on one of the biggest mysteries in this troubled American moment. On one hand: what we call “media” has been transformed by the digital revolution. The tools of publishing and broadcasting have all been distributed, which is to say: democratized. Critically independent websites like Politico, TPM, Daily Kos and TruthDig have taken root, and vast horizontal networks like Facebook thrive. Yet, on the other hand, in some strange way “the conversation” has not moved. If anything, Jay Rosen says, the grip of reality has been weakened. As Joan Didion remarked in 1988 about the specialized and professionalized “process” around a presidential campaign: “What strikes one most vividly about such a campaign is precisely its remoteness from the actual life of the country.” I am asking Jay Rosen: are we looking at the end of something, or the beginning of something else?

I would say ‘the end’ in this sense: the only real program for change we have now is: Collapse! Because we have these institutions that don’t work. They are in many ways constructed on illusions or lies. They go… go… go… go… go… until the day that they don’t. Like the whole mortgage-fueled financial system, right? It worked… it worked… it worked… it worked… and then one day it collapsed, with a lot of destruction and almost a kind of violence. We’re now in a period where we can’t reform, so we’re waiting for various forms of collapse. Now in the aftermath, yeah, sometimes that can be the start of something. But I don’t see right now any alternative. The institutions that are supposed to be able to take account of reality — name it, frame it, allow for a contest of ideas, permit a choice of large directions to be made and therefore allow us to find some sort of imperfect remedy — just don’t work. And so the alternative is: Collapse. But in the collapse there are new tools, there are new ideas, there’s another generation. Certainly it’s not going to be you and me! And so there’s where the case for optimism is. We still need people like Tony Judt. We need writers just trying to make sense of their own experience, who can name and frame what they see. But the tools for ignoring those people roar. They are powerful, too.

This all calls to mind our last conversation with the late Anthony Shadid, who won two Pulitzer Prizes for his people-first coverage of the war in Iraq. What the most honored of reporters on the Middle East wanted to get off his chest with me two years ago was that “I find it almost painful to come home to the States…” He was in grave distress wondering if anyone had read his stories in the Washington Post and the New York Times, about the war at the level of Iraqi villages and families. “I think it’s just spectacular that we don’t appreciate the devastation that has been wrought in Iraq over the past 7 or 8 years. It’s just spectacular. There was an incredible amount of arrogance that went into this entire experience on the part of journalists, on the part of policy makers and the military. There wasn’t even a desire to learn. It does give you pause.” 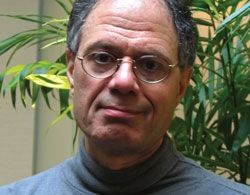 George Scialabba flatters and provokes with a comment on Jay Rosen‘s view of dysfunctional media and the Tony Judt thread of Open Source conversations. George is an independent essayist —...