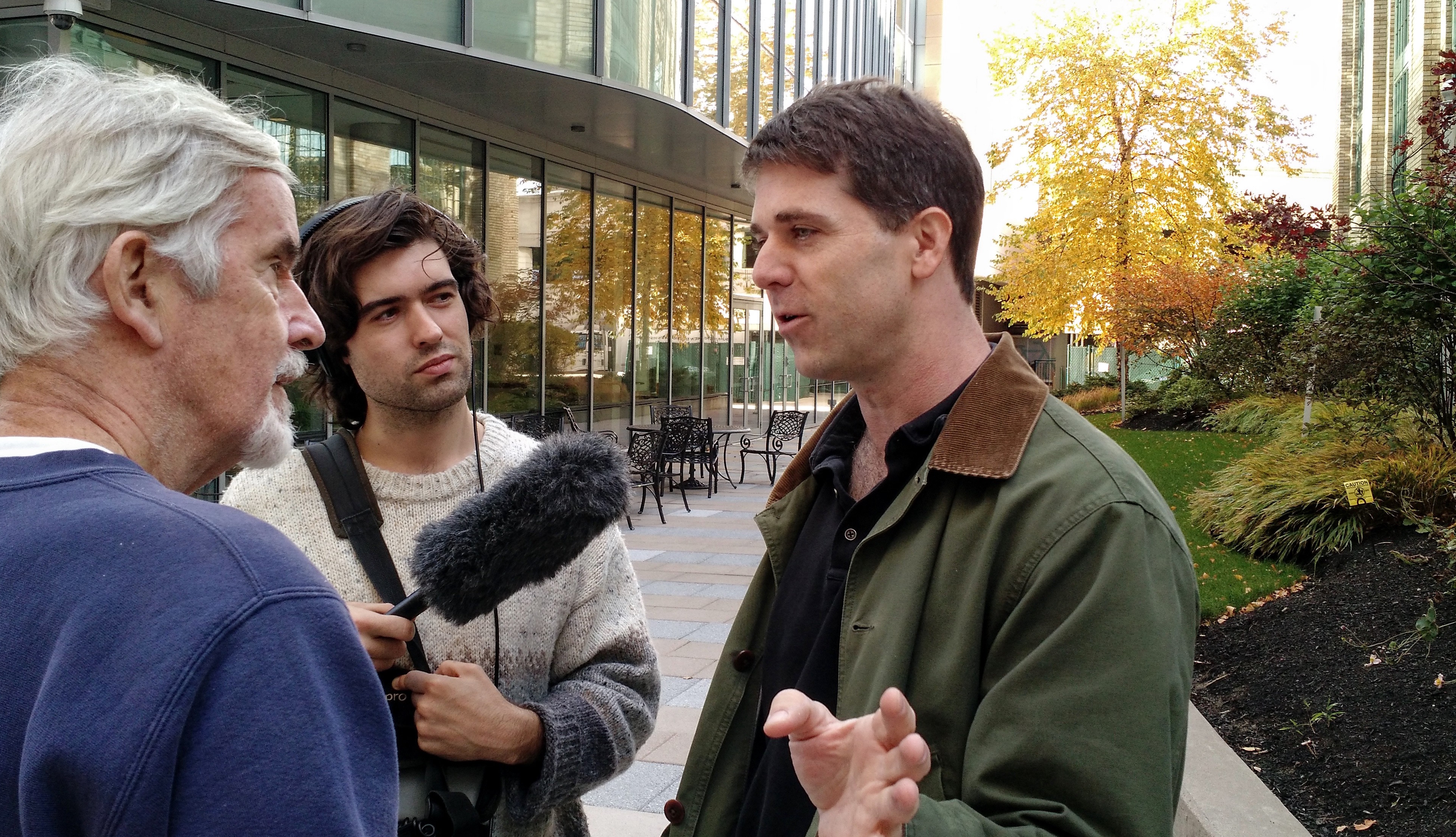 "You can't make anything in Cambridge anymore if you don't call it a lab!"

The contrarian John Summers, editor-in-chief of The Baffler magazine, calls the funky old railroad back of MIT “The People’s Republic of Zuckerstan,” alluding to Facebook’s Mark Zuckerberg. (Zuck has reopened offices here, near Google and Microsoft. It’s “clustering,” they tell us.) On the occasion of our own show on data-driven cities, we’re out in the field with John, looking at the boom in building and jobs around Kendall and Central Squares, and he’s telling us: you wouldn’t want all this in your neighborhood.

Stay till the end (spoiler alert), when a security guard may or may not kick Chris and John out of one of Novartis’s beautiful office parks, where this conversation was recorded.

Reminder: We are an independent, non-profit radio show that relies on support from listeners like you. Consider making a tax-deductible donation!