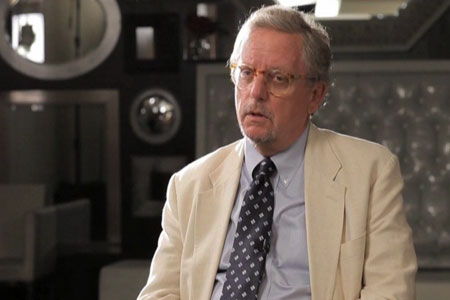 John Tirman: “collective autism” about the costs of war

John Tirman: “collective autism” about the costs of war

John Tirman is trying to explain how the United States got in the habit of fighting wars without a scorecard. We’re a country, curiously, that can focus like fiends on earned-run averages and on-base percentages. But who among us, on a pop quiz, could come up with the figures on how many died in the Iraq war, compared to the Vietnam war, Korea, the two World Wars, and the annexation of the Philippines at the turn of the 20th Century. No partial scores, please, as in the old joke: “Harvard 6.” Who knows the rough numbers not of Americans, or American soldiers, killed, but people — some the U.S. was fighting against, some we were fighting to protect? Should all the casualties be counted on the scorecard that sums up a war’s reality? Can we live with Tommy Franks’ line from Afghanistan in 2002: “We don’t do body counts”?

It’s John Tirman’s view, as a sort of historical anthropologist, that a certain “collective autism” afflicted Romans, Brits and other imperial peoples as to the suffering and death in their foreign wars. But Americans have it worse, from the founding notion that our wars are regenerative, maybe even redemptive. The savage wars that cleared the continent in the 18th and 19th centuries were euphemized as the fighting edge of our “manifest destiny.” The river of blood that was our Civil War was given an almost biblical warrant, in the solemnly tragic vision of Abraham Lincoln, no less, that “if God wills that … every drop of blood drawn with the lash shall be paid by another drawn by the sword, as was said three thousand years ago, so still it must be said, ‘The judgments of the Lord are true and righteous altogether.'” Our American habit of righteous war (from our Indian wars to Iraq) is reinforced also, John Tirman argues in The Deaths of Others, by the bankable bet on a resource bonanza for us out there in the wilderness.

I am wondering, as always, what would William James say — the psychologist / philosopher who effectively invented Pragmatism in response to the epic folly and suffering of the Civil War? Are we learning nothing from these specially unsatisfying, insanely expensive adventures in Vietnam, Iraq and now Afghanistan? What does John Tirman answer to his MIT colleague and friend Noam Chomsky and his counterintuitive observation that American warfare in Iraq and Afghanistan is restrained by comparison with our carpet bombing and chemical poisoning of Vietnam? And what of Steven Pinker‘s argument that the big trend in violence is down, down, down — that we’re living in “the most peaceful time in our species’ existence.” John Tirman knows all the arguments and the history behind them, and none of it much relieves his dread. How does the Tirman Doctrine, I ask, deal with the Petraeus Doctrine — that the first rule in Afghanistan now is to protect the civilian population. Is the Petraeus Doctrine a lie? A trend? Has the U.S. military turned a page in way we think of civilian deaths and casualties and war as a single package?

You would think they would have learned from Vietnam, and they didn’t: how many troops you need, how much support you need in the villages that you are supposedly in control of. I think there was a mismatch in doctrine as well as in manpower, and that the military was constrained by the civilian leadership, they could only supply 500,000 troops if there was a draft, and that was a nonstarter for Rumsfeld and for others in the Bush Administration. They substituted firepower for boots on the ground, and the result was the smoking ruin that Iraq became.

I do think we’ll see fewer of these kinds of wars, these “savage wars for peace.” … But, we forget. We forget what happened, we forget how traumatic they were for ourselves, much less for the people that we were there supposedly to help. Ten years from now, twelve years from now, when some politician needs a nifty little war to boost his or her fortunes, who knows? I’m not very optimistic on that score. I am optimistic about Americans being somewhat realistic about these things and wanting to question them. But I’m much less optimistic about political leadership. How much are we going to examine what happened in Iraq? The Republicans don’t want to talk about it because it was their war: they insisted on it, they lied about it, and they’re not going to want to examine it. Will Obama or his successor or the Senate Leadership, the major liberal newspapers, are they going to really examine what happened over this period of time? I’m doubtful.

[Thanks to AJD for pitching this one.] Scanning for snipers in Ghazaliya, Iraq [soldiersmediacenter / Flickr] How do you train young Americans to be ready to kill in war? The military spent...

Click to Listen to the Show (24 MB MP3) Looking back at Iraq [Jdraiders / Flickr] After the Iraq Study Group’s recommendations (and Rumsfeld was ousted and President Bush “agreed that the...