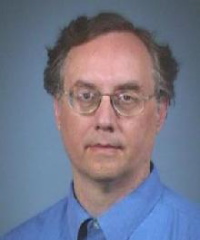 Is the US project in Iraq “all over but the shouting” when the Bush administration decides not to extend reconstruction funding — as reported in the Washington Post today?

Can we foresee the shape of a new Shiite-dominated government in Baghdad — Iraq’s third in three years — reflecting the democratic hopes of December’s voters?

Do we really know who in our Pentagon, State Department and White House are calling the crucial shots on troop levels and US investments in Iraq?

The indispensable Juan Cole of the University of Michigan and the Informed Comment blog is our guest tonight to start Calendar Year Four of the war in Iraq.

Juan Cole is a lifelong student of the languages and religious cultures of the Middle East. His critical reading of the Arab press and multitudinous public and scholarly sources every day of this war is surely one of the great blessings of the Web era and the Web spirit in journalism: a tough-minded, independent, faithful commentary from one who makes some controversial calls and takes the heat for them, but never strikes a personal or nasty tone. If there’s a writer on Iraq who lives up to the prophetic standard of I. F. Stone’s Weekly on Vietnam, I think it might well be Juan Cole. One of his readers has suggested that the CIA should simply be dismantled so that the world could rely instead on Juan Cole. But of course he is too free and incisive a spirit for any institution, including our commercial media.

Cole’s summing-up at the end of 2005 is not quite as witheringly cold as Simon Jenkins’s review in the Times of London of “the self-delusion, vainglory, ineptitude and cruelty of this venture.”

But one way to prepare your own questions — and to feel Juan Cole’s range and tone — is to scan his review of the US agenda and his ten fearless forecasts for 2006.

Click to Listen to the Show (24 MB MP3) The relentless war stalker Juan Cole stopped dead in his tracks over the weekend. The war in Lebanon has no rational...