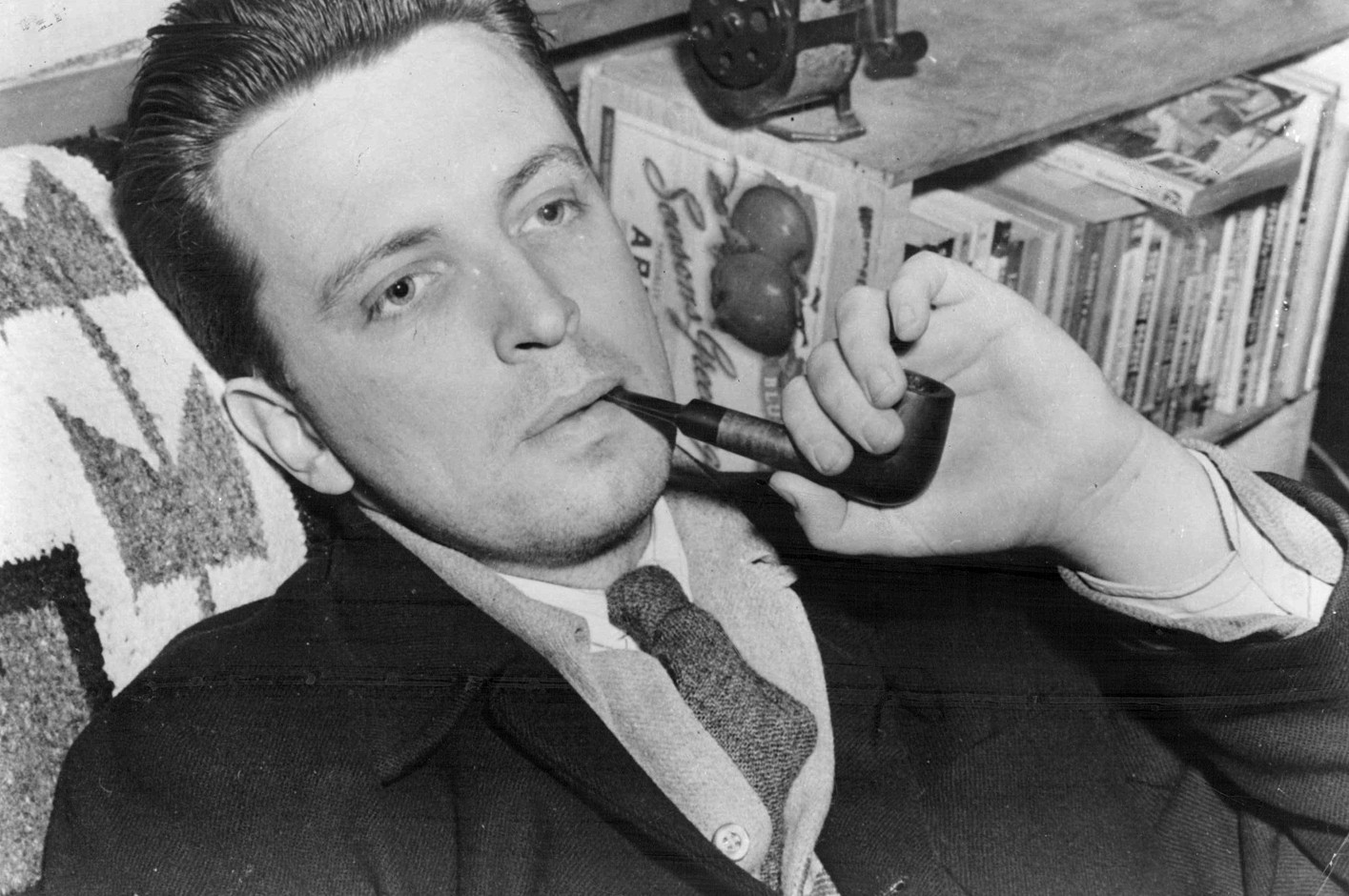 “The baby is crying like hell now. I am not liking it one bit and do not expect to grow used to it. What a foul fiend I am to have for a father… You ask me how it feels to be a father. About the same, I think… If you must get married, I say to young people, be sure you can afford a fifteen-room house and servants. That comes as a blow to them. They read The Catholic Worker and all the rest and are accustomed to thinking in terms of Mary and Joseph and the manger. We have the manger, but we are not Mary and Joseph. Anyway, we are not Joseph.”

Katherine Powers — “the baby” at left and above, the first of five — wrote one of the resonant and memorable (and best reviewed: here and here) books of 2013. Suitable Accommodations is the “autobiography” of her father, the novelist and short-story master J. F. Powers (1917 – 1999). She assembled it really, from his letters. But it reads and lingers like the novel her famous father meant to write and didn’t, about the family life of an Irish-American and very Catholic artist in the 20th Century Mid-West. We’re talking about the rueful ironies, disappointments and human contradictions of a religious imagination in mid-century America. And I’m presuming to take it personally because I hear so much of my own upbringing in Katherine’s story.

She is evoking a post-war moment, when religion in general and Catholicism as it touched us could be felt not as a political/ethnic pigeonhole but as a vocation or the choice of an unconventional or alternative life. “Movement Catholicism” of the 1950s was big-family time — Trapp Family time before “The Sound of Music” — full of rural aspiration and voluntary poverty, beekeeping and organic gardening, liturgical reform and home-grown art, with a variety of American cultural eminences busy in the background like Flannery O’Connor, Robert Lowell and Katherine Ann Porter (for whom Katherine Ann Powers was named). As Paul Elie notes in an astute review, “Having J. F. Powers in The New Yorker was like having JFK in the White House,” in the same moment, too, even if Powers didn’t like the Kennedys at all. “Too bad it isn’t Gene [McCarthy] instead of Jack,” he noted after the Kennedy election in 1960, “if we have to have a Catholic.”

It was another country and another culture, gone now with barely a trace, it seems. J. F. Powers’ made it his role to write about priests, the way Ring Lardner had written about ball players. His best novel, Morte d’Urban, about a comic climber in the church, won the National Book Award 50 years ago – in a head-to-head race with Nabokov’s Pale Fire and Updike’s Pigeon Feathers. The charm of Powers’ work is a bit of a mystery today. His art did not penetrate the darkness of those rectories. Neither did it catch much inner light of Christian strivers or the spiritual imagination. In Katherine’s reconstruction of her father’s life, a gray Chekhovian fog of self-pity and missed opportunity hangs over the landscape and an under-lived life. All the more remarkable that she has given us a an elegant, selfish man, a writer both stylish and blocked, a reluctant but prolific father, in a telling more poignant than her papa’s best stuff.

24 MB MP3 So David has been laboring mightily for two weeks now to give us all the day off today. He did this by listening through hours of interviews...

The atmosphere was electric! [Radio Open Source / Flickr] Wine was drunk, ideas were exchanged, and a good time was had by all at the Open Source festivities on Thursday. We...