[Thanks to AJD for pitching this one.]

How do you train young Americans to be ready to kill in war?

The military spent a lot of time on this question after WWII, in which 80-85% of American infantrymen refused to pull the trigger. It turns out that with the right physical and mental training it’s possible to override a person’s natural aversion to killing: by the Vietnam war, the firing rate had soared to over 90%. But is it a good thing for troops to subordinate personal morality to the chain of command?

Retired Marine Lt. Col. Dave Grossman looks at it this way: Civilians are sheep; they can’t imagine killing. Terrorists and assassins are wolves; they prey on the sheep. Warriors are sheepdogs; they have the wolves’ fangs and taste for violence, but their instinct and job is to protect the flock. To any sheep who ignores the existence of wolves and thinks sheepdogs unnecessary, Grossman says this:

Look at what happened after September 11, 2001, when the wolf pounded hard on the door. Remember how America, more than ever before, felt differently about their law enforcement officers and military personnel? Remember how many times you heard the word hero?

David Grossman, “On Sheep, Wolves and Sheepdogs,” excerpted from On Combat

The point here is that the military may live by a moral code that feels alien to civilians — but it’s one created by Americans that we depend on to protect the society we live in.

While this warrior code seems to work well for most troops during combat — even to the point of exhilaration — it’s less clear that it sustains them in the hours, months, and years after having killed. The long-term psychological costs can turn out to be crippling.

Lots of factors surely play a role in how a veteran copes with killing: family, friends, innate emotional resilience, leadership within a platoon, availability and social acceptability of counselling. David Grossman — who’s made a career of “killology” — believes that the intimacy of a kill also makes a big difference. He’d argue that dropping a bomb on people you can’t see, for example, is generally less traumatic than watching someone closely through the telescopic sight of a sniper rifle before pulling the trigger.

There are lots of other aspects, too: What if you end up seeing the disfigured corpse of a person you just killed? Does that make it harder? What if you disagree politically with the war you’re fighting? Or if your war leaves a country, as it may in Iraq, in worse shape than when you went in? What if you’re not certain whether you’ve killed an enemy or a civilian? What if you find out for sure that you shot a child? Or one of your own platoonmates?

The searing, chaotic reality of having to kill other human beings underpins each moment the US spends in Afghanistan and Iraq. Maybe the least we can do, as civilians, is to acknowledge this — because a new generation of combat veterans is thinking about it every single day. 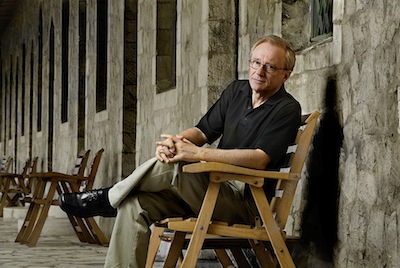 Click to listen to Chris’ conversation with David Grossman (52 min, 26 meg) David Grossman is considering my question: why the “good guy” solutions have availed so little in the Middle...