What makes a novel great? (And what makes it a novel?)

Karl Ove Knausgaard’s My Struggle is sweeping the world in six volumes and 3,600 pages. It’s the novelized memory of a mostly ordinary Scandinavian life, a book whose boredom has been called riveting, transcendent, but also…boring.

In our conversation, James Wood of Harvard and The New Yorker finds in Knausgaard’s patient meditations, in his small-ball Fjordic stakes, nothing less than the rhythm of eternity:

There’s nothing eloquent about the phrasing, but the simplicity and pungency and innocence of the truth-telling struck me immediately. And what I mean by that seriousness and innocence is an awareness precisely of rhythms of life and death. The sort of rhythms that the psalmist knows. You know the Psalm 121: the Lord will know your going out and your coming in. In the larger sense, the form of our life is our going out and our coming in. It seemed to me that’s absolutely a rhythm that Tolstoy knew. It’s a rhythm that Proust knew.

Meghan O’Rourke, herself a poet and memoirist of personal experience, senses tension as the Norwegian works out what we want from letters as well as life:

In Knausgaard, there is a profound question about masculinity in the contemporary age and especially in the social welfare state. At times, there’s absolutely this kind of fascist-nihilist energy… He talks about his friend reading all this anti-liberal literature and philosophy. There is a real tension in this book. I’m really curious to read the last volume, which I think contains quite a lot about Hitler in it. To me, so much of this project is about this question of where do we find value today. How does literature potentially help us or not help us do that? So, to me, the news is in that. And it has something to do with masculinity and its sense of being.

The author’s own line has been that the books themselves are embarrassing, that he would burn them if he could. Yet they served as a way to open himself up and write (and write and write) a way out of some of his deep problems with fiction. Bill Pierce, senior editor of AGNI magazine, told us the struggle nourishes a “reality hunger” in readers and writers, too:

The fiction that I’m writing now is quite different from what I was doing before precisely because it’s less concerned with external ideas, received ideas, of what ‘literary’ means. [Knausgaard’s] work is literary because of what it does, but not because of how it’s written. He gets us all asking…where does my truth really lie? It doesn’t lie in wrought sentences. He knows that we can easily lose interest. And the strange phenomenon in Knausgaard is that we don’t.

If Knausgaard inspired a “period” in fiction writing — a version of the Raymond Carver grip on the American short story — Bill Pierce thinks it “would be a time when cleverness and literary language are always put in the service of heart truths, of our deepest sense of what is it to be human and alive at this moment.”

Does that seem like what books should be doing in this moment? If you’ve read My Struggle, tell us what you made of it — and even if you haven’t read the man we’re calling ‘the Knaus’, tell us what you think makes “fiction” fiction and “literature” literary — and share what you’ve been reading instead.

The problem with writing a different kind of novel is that interviewers won’t stop asking you why you did it. Even so, as part of our preparation this week, I asked Sheila Heti why she wrote How Should A Person Be?, a five-year-old book, to be found in the fiction section, that’s hard to think of as “fictional”.

Heti tells the story of her very real friendship with a painter named Margaux, living in Toronto, both by republishing their emails and by making things up that they did together.

In Canada the book has no subtitle. Heti’s American publisher asked her to append “a novel from life”, a name Heti likes because it doesn’t really say anything (all novels evidently coming from life).

The book is much sprightlier and less morbid than any volume of Knausgaard’s My Struggle (which Heti reviewed in the LRB). But Heti — together in a class with Ben Lerner and Rachel Cusk — did experience her own version of the feelings he describes.

In his book, How Fiction Works, James Wood argues that all fiction writers are realists in one sense. Barthelme to Breton, J. K. Rowling and Eimear McBride, they’re all trying to say something true using something false. And the same could be said of Heti and her fellow travelers. They’re still imagining things; they just imagine less or differently. Heti called it “a very grown-up thing”: the idea that novelists might use their imaginations not to go to another world, but to go deeper into this one.

The My Struggle Soundtrack

Also, we’re rocking out this week to the music that stirred Knausgaard most during his adolescent years and beyond. Art rock, punk, and glam, mainly, from the likes of The Cure, David Bowie, and Joy Division. Our show begins with one of the My Struggle keynotes: “The Great Curve” by the Talking Heads. Here are some others we’re listening to (on repeat).

Guest List
James Wood
the books critic for The New Yorker, professor of literary criticism at Harvard, and author (most recently) of The Nearest Thing to Life.
William Deresiewicz
essayist, critic, and author most recently of Excellent Sheep: The Miseducation of the American Elite and the Way to a Meaningful Life.
Meghan O'Rourke
poet and memoirist of The Long Goodbye.
Reading List
Total Recall
James Wood, The New Yorker
Our guest James Wood wrote this review, in effect introducing Knausgaard to American audiences, in 2012. It's all there already: the frustration, the tedium, the morbidity, and by the end, much cause for admiration:

He wants us to inhabit the ordinariness of life, which is sometimes visionary (the Constable sketch), sometimes banal (the cup of tea, the Old Spice), and sometimes momentous (the death of a parent), but all of it perforce ordinary because it happens in the course of a life, and happens, in different forms, to everyone.

Why Has ‘My Struggle’ Been Anointed a Literary Masterpiece?
William Deresiewicz, The Nation
Our other guest, the firebrand critic behind "Excellent Sheep", doesn't get the anointment of My Struggle one bit:

The problem with My Struggle is that nothing happens in the writing. The prose consists, for the most part, of a flat record of superficial detail, unenlivened by the touch of literary art: by simile or metaphor, syntactic complexity or linguistic compression, the development of symbols or elaboration of structures—by beauty, density or form. Nothing happens, for the most part, in the thinking, either—no insight into the situations being described, no penetration of the characters involved, no unexpected angles or perspectives... My Struggle encourages the swerve, characteristic of our time, from things (art, politics), to the people involved in those things. Gossiping about books is appealing, because it saves you from having to think about them. Knausgaard makes it even easier. His book arrives, as it were, pre-gossiped. It already gossips about itself. Some of this may help explain why writers, in particular, are so enamored of it.

So Frank
Sheila Heti, London Review of Books
The young Canadian novelist — practicing her own barely-fictional fiction — defends the enterprise and describes its effects in her review of Knausgaard's second volume:

To write about the people one knows but to call them Noah or Cain is to dignify them – to say our stories are really that big. But to get beyond dignity involves removing that frame, which lends so much importance to what we do. So that while we might feel some anger towards a man who betrays his family to do God’s work by getting into an ark and sailing past his people who cry desperately for his help as the waves rise to drown them, it’s not quite the same as what we might feel towards a man who actually, not just in myth, held the phone away from his ear as his wife cried and demanded that he return to her and their baby, after he deserted them for the quiet ark of his writing studio, so he could carry out whatever writing is in an age in which no one believes it’s God’s work... Knausgaard told the Guardian that when the manuscript was finished Linda ‘read it, on a long train journey to Stockholm. She called once to say it was OK. Then she called again and said our life together could never be romantic ever again; this was all so frank. Then she called a third time, and cried.’ If he had turned their life into a novel, it would have been romantic, rather than ‘so frank’. She might have blushed, not cried.

Master of Banality
Meghan O'Rourke, Bookforum
Our guest delineates where Proust ends and Knausgaard begins — the Norwegian is never transported out of his bare life:

This passage points to a major difference between My Struggle and its great predecessor, In Search of Lost Time. In Proust’s novel, the character Marcel is able to find spiritual and aesthetic transport in the hawthorns on his walk, or in a piece of art. Karl Ove finds no such escape, and returns again and again to the plain realities of biological existence — in fact, the idea that we are all essentially things is one of his grand arguments. With its thickets of banalities, its preoccupation with our biological basis — a key scene here finds Karl Ove watching doctors perform open-heart surgery on TV — the book telegraphs a vision of lost spiritual dimensions, lost powers. But even from within the confines of its banal subject matter and unadorned worldview, My Struggle still manages to gesture toward grandeur. Like Proust, Knausgaard believes that literature is, in some way, a form of real life. 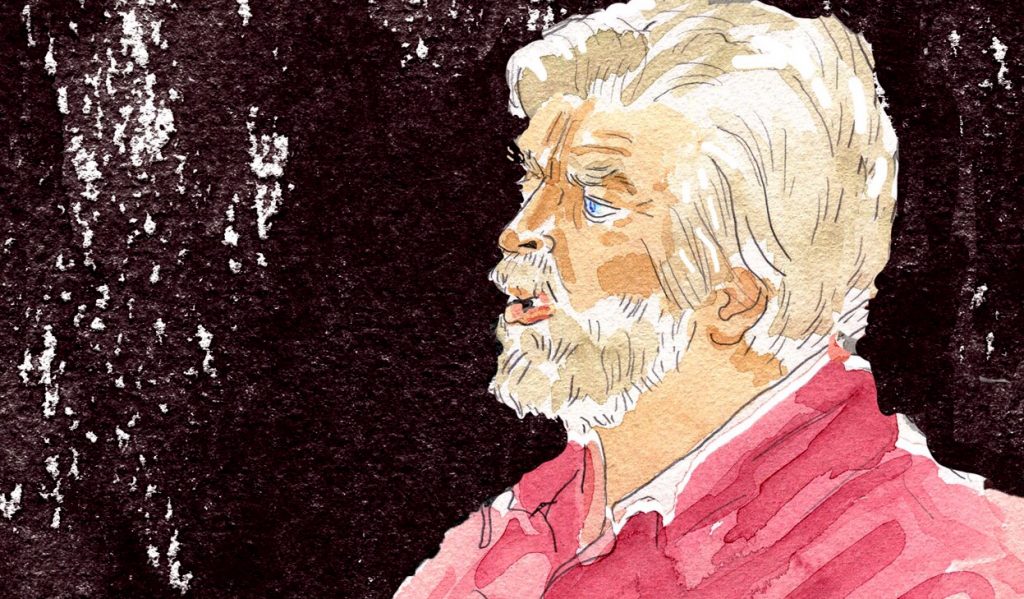 Karl Ove Knausgaard wrote a 6-volume selfie that a lot of us can’t stop reading. My Struggle he called it, looking inward and talking to himself for thousands of pages.... 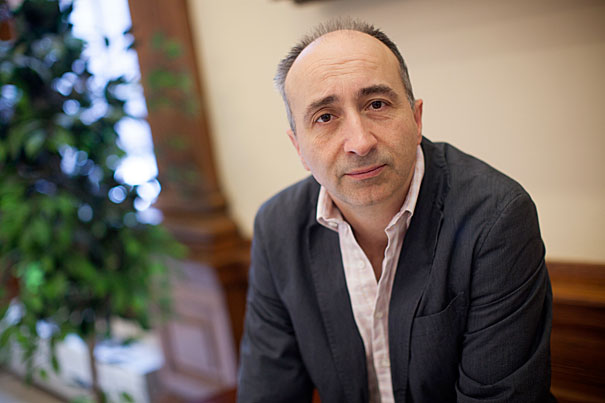 The book critic James Wood doesn’t worry about the fate of the novel — after years of reading them, writing them, reviewing them in The New Yorker and teaching them at Harvard. In...