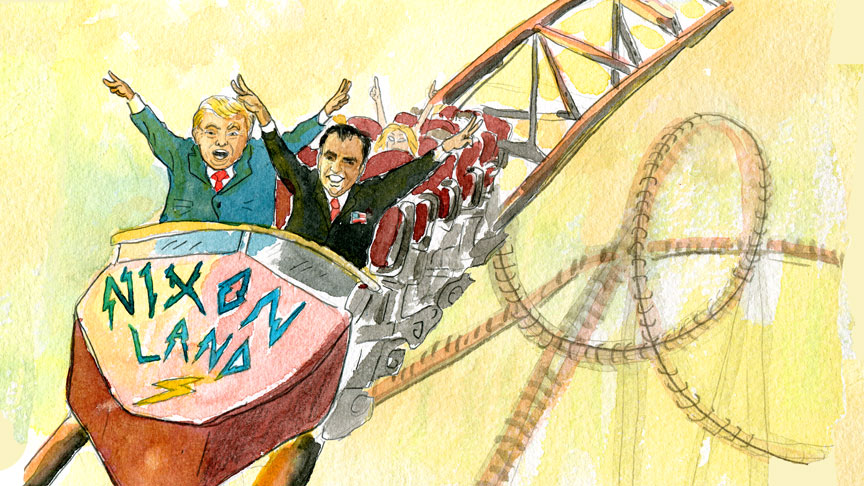 "The whole environment has become much more oppressive."

Welcome back to Nixonland: After four decades, the Oval Office is once again the seat of empire, occupied by a paranoid pilot hellbent on an unremittingly personal fight, and no holds are barred.

Between US Presidents 37 and 45, Richard Nixon and Donald Trump, the links of language and temperament are getting uncannily close—their political predicaments, too. Even beyond the Saturday Night Massacre parallels and the rising calls for impeachment, there are other points of comparisons.

Both Trump and Nixon, for instance, refer to their stalwart base using the same title: the silent majority. Both presidents also share a certain adversarial view of the political press. Trump has called the media his opposition.  Nixon made them his enemies.  For the benefit of Henry Kissinger and others on his staff, Nixon—inadvertently taping himself—turned his sentiments into a sort of prose poem:

To understand how and why the ambient fears of the Nixon presidential years are now resurfacing in the Trump White House, we talk to the man who might be the missing link: Patrick J. Buchanan. Buchanan is one man who’s not just looking at a movie he’s seen before. He was, after all, a major player in the prequel: writing some of Richard Nixon’s most famous fighting lines. You could say he anticipated the movie playing now in his own right-wing populist “America First” presidential campaigns in the 90s and then 2000—first as a Republican, then as an independent. John Aloysius Farrell, the esteemed biographer of Tip O’Neill in the Congress, and Clarence Darrow in the courtroom, joins us. He’s spiced up the Nixon legend in a big one-volume life full of fresh letters and tapes and lines we’d almost forgotten—to David Frost, famously, when he spelled out the ultimate executive privilege: “When the president does it,” Nixon said, “that means that it is not illegal.” Beverly Gage—historian at Yale working on a new biography of J. Edgar Hoover, the founding G-man of the FBI—discusses another set of parallels: from Nixon-Hoover to Trump-Comey. She tells a broader story about the culture of an institution that has always chafed against the presidential leash. Glenn Greenwald—co-founder of The Intercept and one of the main journalists who broke the Snowden story—draws out the parallels between Daniel Ellsberg‘s Pentagon Papers and today’s Wikileakers, including Snowden and recently released Chelsea Manning. We’re asking Glenn, of the latest flurry of Trump scandals: “Do you ever feel like we’re in a game of distraction—to keep our eyes off the ball?”
While he may not have admitted to being a crook, President Richard Nixon would have certainly admitted to being a cinephile.  During his abbreviated time in office, he viewed an astonishing 528 films.  In this short essay film, Boston Globe film critic Mary Feeney explores Richard Nixon’s devoted relationship to the movies.
Guest List
Pat Buchanan
Author, former speech-writer for President Nixon, and former conservative presidential candidate.
Glenn Greenwald
Investigative reporter, pundit, and co-founder of The Intercept.
John A. Farrell
Commentator and author of Richard Nixon: The Life.
Beverly Gage
Historian of U.S. history at Yale and author of The Day Wall Street Exploded, currently working on a biography of J. Edgar Hoover. 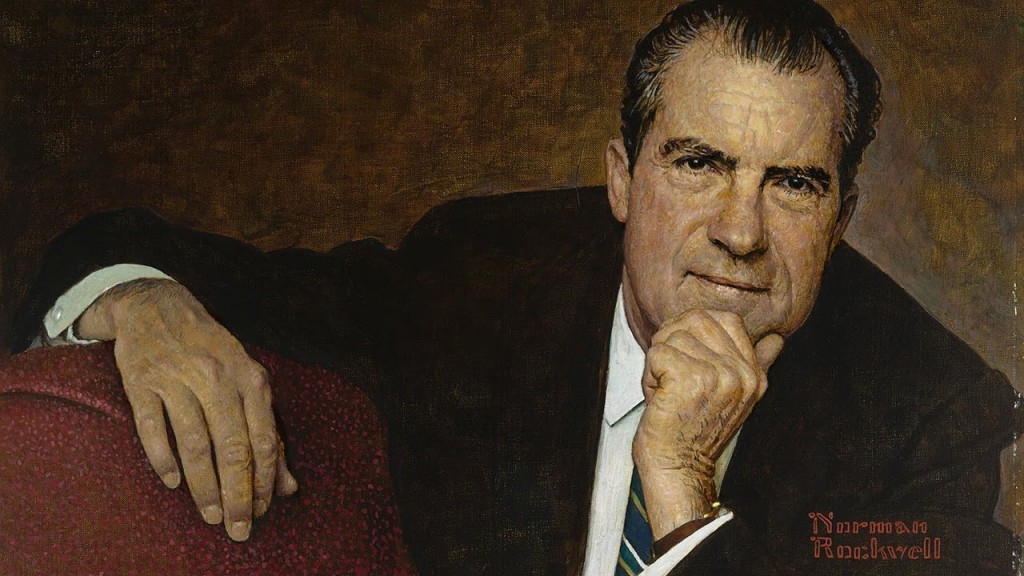