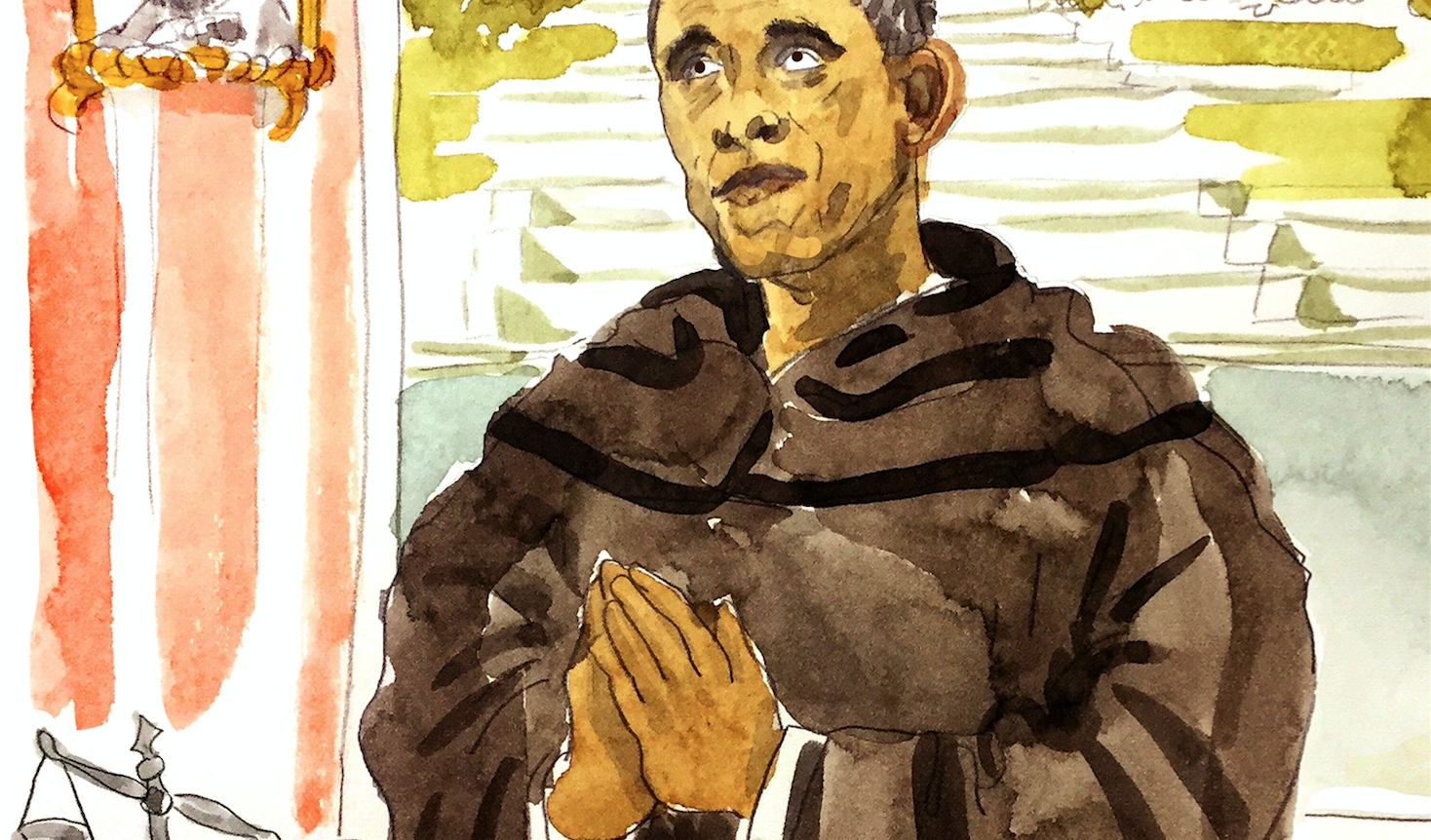 Postcards from the end of the Obama era.

What the “Yes I Can” president wanted most of all was to bring together a robust democracy in spirit if not every line of substance. What he ran into was a rockslide of revolt and a singular embodiment of it: a three-ring circus of a successor, Donald Trump, who seems to be the very opposite in tone and temperament of Barack Obama.

Of course, many of us, like Marilynne Robinson, beloved novelist and personal friend of the president, will miss a lot from Mr. Obama. Robinson says the transnational aspects of Obama embody the very best in us, and, she tells us, “Our refusal to acknowledge him as he was really is a refusal to acknowledge ourselves as we are.” Robinson speaks of Obama as a “saintly man” with an impossible job:

This idea of the transformative leader, I think that that Obama is smarter than that. He knows that change is incremental and that it is collective. But what liberals tend to do–and I call myself a liberal under every possible circumstance, I’d put it on my headstone–but what they tend to do is create some ideal that nobody could live up to and then diminish what is good, what is accomplished by comparison with this almost childlike, supposed expectation. It’s no way to run anything.

Bromwich, Sterling professor of English at Yale, sees Obama differently. Bromwich was a supporter in 2008, but in 2009 became a skeptic who saw serious limits to the man’s gracious style:

…you can’t keep giving that reconciliatory post-war speech with a euphemistic and gentle rhetoric appropriate to a magnanimous victor in a war. Obama wanted to be the magnanimous victor and conciliator before he even fought a contest… and that’s a temperamental quirk so strange…. a fixed, false idea that he could be the unifier.

Nathan Robinson and Randall Kennedy join us to hash out the meaning of the Obama years in the context of the inauguration.

Guest List
Marilynne Robinson
Pulitzer Prize-winning novelist of Housekeeping and Lila, essayist of The Givenness of Things, and former head of the Iowa Writer's Workshop.
David Bromwich
Sterling professor of English at Yale University and author of Moral Imagination: Essays.
Randall Kennedy
professor of law at Harvard University.
Nathan Robinson
founder and editor of Current Affairs magazine and the author of Trump: Anatomy of a Monstrosity

Click to listen to Chris’s conversation with David Bromwich (41 minutes, 19 mb mp3). It’s a measure of the change in the discourse that David Bromwich, Yale’s Sterling Professor of English...