Her voice is filling the room and you don’t know where it’s coming from… She is going right to the heart of a suffering person, not to increase the suffering, but to heal it, to release it, to offer some kind of balm… which is what her voice ends up doing. It can be piercing and shocking in its intensity, and then this incredible balm of compassion and tenderness, of generosity that is poured out of her voice like a kind of liquid that is there to heal. 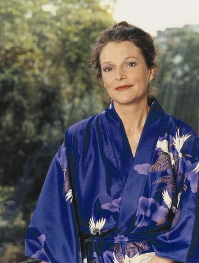 Lorraine Hunt Lieberson, the most celebrated operatic singer of her generation, died last week at the age of 52.

Famously, Hunt Lieberson’s professional singing career started late. A freelance violist who never stopped taking singing lessons, she didn’t begin singing full time until the age of 26. Critics were quick to point out that even if she stopped playing the viola, she never forgot its dusky-voiced lessons: Be musically aware, and listen to the voices around you. (There will most likely always be voices around you.) The violins — and sopranos — can have their higher registers. You have richness and power, sensuality and depth. Use them.

I’ve tried, while writing this post, to listen once again to her Bach Cantatas, and I’ve found that I couldn’t concentrate on the task at hand. I’ve probably listened to the recording 50 times in the last year and a half, and her emotional range — from ferocity to resignation, brooding to sweetness, agony to transcendance — has always verged on being too much to bear. But now these cantatas (“Ich Habe Genug” or “I Have Enough,” and “Mein Herz Schwimmt In Blut” or “My Heart Swims in Blood”), are simply overwhelming.

“I delight in my death,” she sings. “Ah, if it were only present already! Then I will emerge from all the suffering that still binds me to the world.” Also: “Ah! if only the Lord might rescue me from the chains of my body. Ah! were only my departure here, with joy I would say, world, to you: I have enough.”

The outpouring of the last week — from fans, critics, fellow musicians, anyone who was touched by her magical voice — has confirmed just the opposite: We have all we’re going to get from Lorraine Hunt Lieberson, and it doesn’t seem like enough. Not nearly.

As a woman named Alice Asquith wrote in response to an article in the Boston Phoenix online, “I guess the angels couldn’t wait any longer to have her join their choir.”

In my breathless rhapsodizing I forgot to actually include any questions here, and I’m grateful to Jackson for getting the ball rolling. “While we are remembering LHL,” he asks, “what other singers out there are working with both their hearts and their brains?” To which I’d add: Did you ever see Hunt Lieberson perform? Did you perform with her? What will you remember her for?

David Patrick Stearns, A vocalist who invaded the soul, The Philadelphia Inquirer, July 6, 2006.