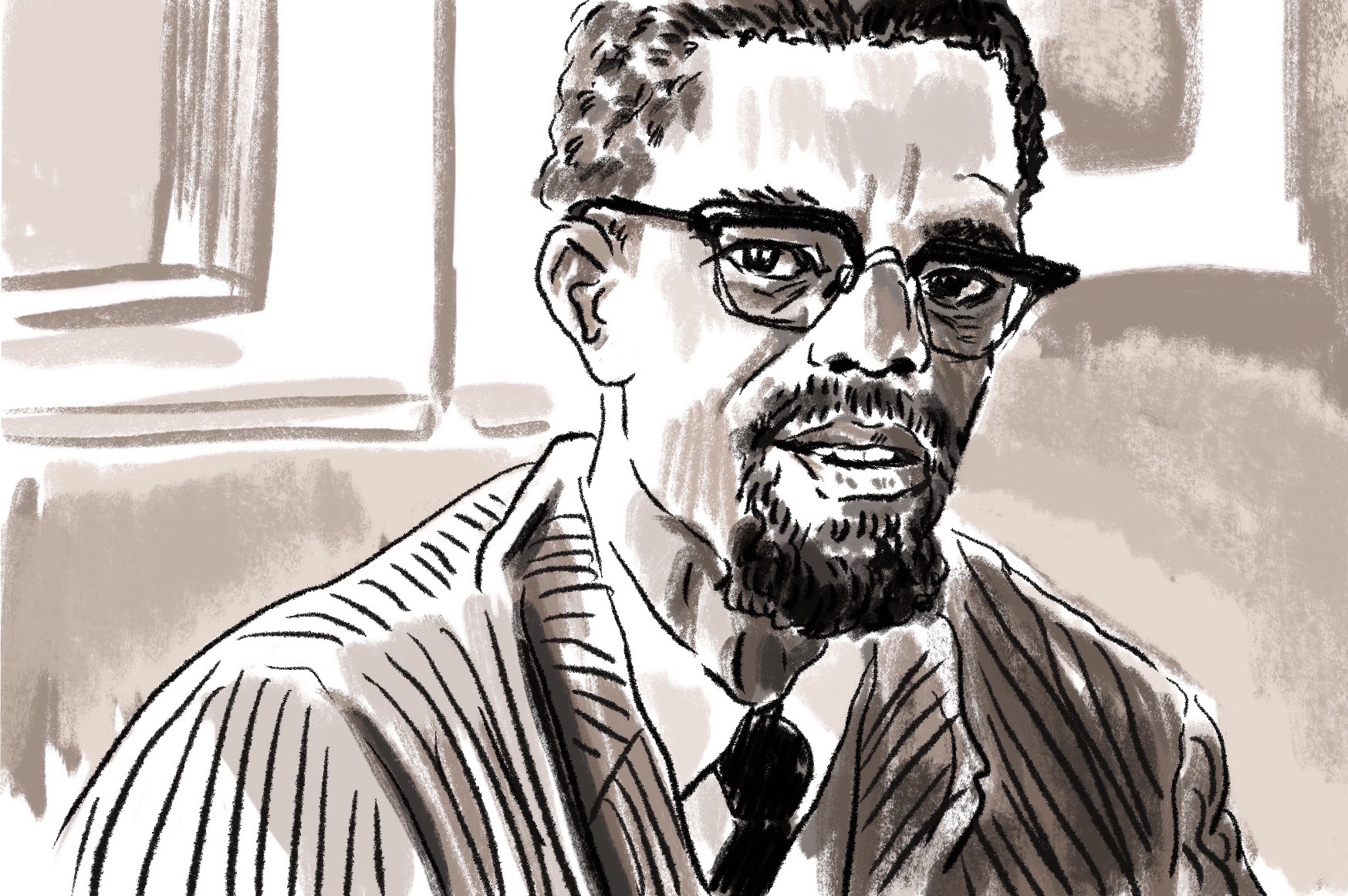 Malcolm X, in Boston and across history.

Malcolm X in Boston and Beyond

The life of Malcolm X is the classic hero’s journey, in a setting we almost know: a story of anointment, dedication, fate, faith, family, incredible risk and reversals.  There was spontaneous poetry in it, enough sin to make salvation real, and redemption before an early, ugly death – all of it brilliantly told in an autobiography that wasn’t entirely Malcolm’s composition.  The question is about the dateline of the life: whether the core of the Malcolm epic isn’t a Boston story: The spur of ideas in a talky town, on both sides of the color line; the force of family, specially Malcolm’s sister Ella; the oddly enlightened prison where young Malcolm found his way.

Malcolm X, the equal-rights champion, rose to historic standing by blaming and shaming both white and black America — whites for oppressive racism and blacks for putting up with it.  Foil for the Christian preacher Martin Luther King, Malcolm was the firebrand who did not turn the other cheek, who mocked the singing of “We Shall Overcome.” At Malcolm’s funeral 52 years ago, the actor Ossie Davis remembered his friend as a “howling, shocking nuisance” before his “brave, black gallantry” took hold.

Black Men in America: Behind the Numbers