Get thee to Washington D.C. January 27, 2007 for the Peace March. It’s a worthy and timely topic, and it would be an interesting opportunity for you to demonstrate your chops in the field. Why not bring Norman Mailer with you, have him compare and contrast the occasion with the March on the Pentagon he wrote about so beautifully in The Armies of the Night…

Hurley, since the Open Source budget can’t even cover a one-way ticket to DC on the notorious Chinatown Bus, we’ll do the next best thing: explore the question “What’s happened to the art of protesting?”

In a time when at least 60% of the populace opposes the war in Iraq and disapproves of the response to Katrina, who is speaking out — or acting out? Where is the spirit that launched the Boston Tea Party or teetotaling Carrie Nation; that ignited the draft cards, the flags, and the bras? Are we burned out — or have we just Move(d)On?

Are our demonstrations less effective or simply evolving? Has the collective expression of disappointment disappeared or become displaced? Have the protestors vacated the public square to reconvene in cyberspace?

What will it take to bring you to the barricades? When was the last time you hit the steets or hit the “send” key? How are you registering your complaints in this winter of discontent?

Father of a 20-year-old Marine killed in action in Iraq.

Matt Taibbi, A March to Irrelevance, New York Press, September 11, 2004: “Protests can now be ignored because our media has learned how to dismiss them, because our police know how to contain them, and because our leaders now know that once a protest is peacefully held and concluded, the protesters simply go home and sit on their asses until the next protest or the next election. They are not going to go home and bomb draft offices, take over campuses, riot in the streets.”

Fran Shor, The Crisis of Dissent, counterpunch, September 9, 2004: “While mass mobilizations and demonstrations may only convey symbolic power, they do represent an important dissenting moment of expressive solidarity.”

James Bovard, Free-Speech Zone, The American Conservative, December 15, 2003: “When Bush travels around the United States, the Secret Service visits the location ahead of time and orders local police to set up “free speech zones” or “protest zones” where people opposed to Bush policies (and sometimes sign-carrying supporters) are quarantined. These zones routinely succeed in keeping protesters out of presidential sight and outside the view of media covering the event.”

David Greenberg, Advise and Dissent: How Anti-War Protest Movements Have Made the U.S. Stronger, Slate, March 26, 2003: “The humiliating defeats of the War of 1812 made that fight so unpopular that the states of New England considered seceding from the Union.”

Clive Thompson, 6 Ways to Reboot the System, Wired, September 2004: “Protests, once a mainstay of political activity, have lost their mojo. What’s needed is a new generation of tech-savvy hell-raisers to create new styles of dissent.”

Li C. Kuo, A New Kind of Art Form Leads to a New Kind of Protest, GameSpy, May 23, 2006: “Why not use an online deathmatch as a pedestal for speaking out against a war?”

Click to Listen to the Show (24 MB MP3) It was the title of a pretty scary article that first caught our attention: Niall Ferguson’s The Origins of the Great War... 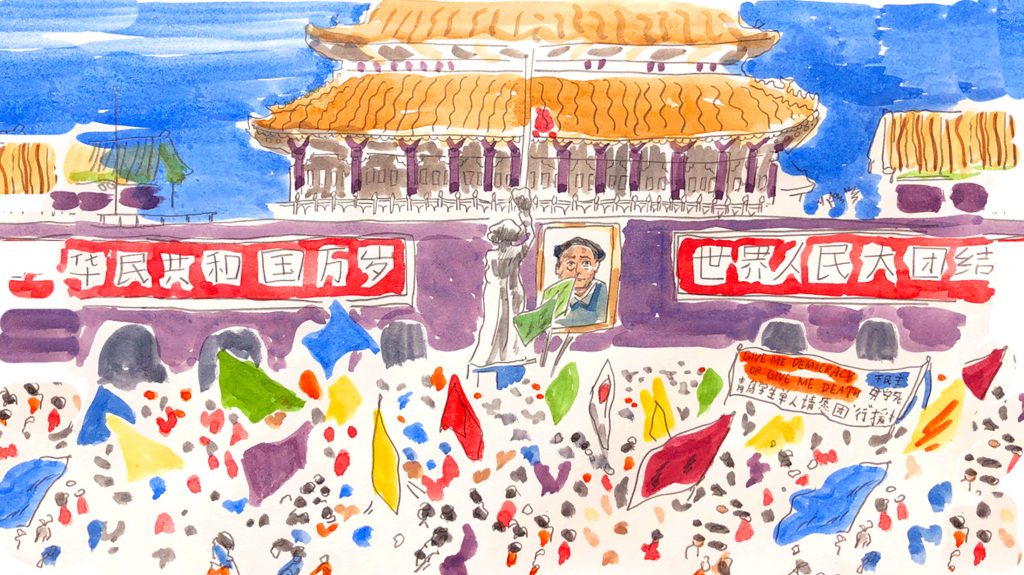 China in the 1980s can sound like a Paradise Lost—paradise crushed by tanks on Tiananmen Square 30 years ago, paradise erased by massacre and state propaganda ever since, an unmarked...