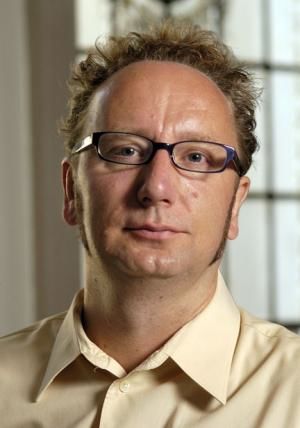 Mark Blyth is back in the pub, just in time, with the economic script for 2012. You remember the Sean Connery version of a trans-Atlantic political economist at Brown? As usual, he’s talking faster through that Glasgow brogue than I can listen or think. But when I transcribe him, I begin to get his big picture: of Europe still strangling itself with debt born of Euro-nomics, while Germany (despite everything) takes care of industrial business. The US, meanwhile, looks to be tip-toeing away from financial meltdown but neglecting its old productive core.

Nobody’s noticed this. Two years ago the Germans decided they were phasing out nuclear power, completely. Nuclear power is around 20 percent of their electricity generating capacity. If you spend any time in Germany in the winter, you will know one thing: it faces Russia, and it’s cold. This is not something you screw around with. So what are these guys going to do? Well, when you think about Germany, you think about — apart from austerity and madness in the Eurozone — you think of really good engineers, right? You think about people that still have serious apprenticeships, serious skills, an entire engineering culture… (I’m sure I’m talking into a German microphone; that means it isn’t going to break.) The point is: what they’ve basically decided to do is go all-out into alternative energy. They’re going to put about 300-billion Euros into it just to get started over the next ten years. They’re bringing together all the top guys and top firms in collaborative research. They’re not competing; they’re trying to develop the best technologies — wind, solar, everything. Why? Because they know something we’re in denial about. Oil is running out. That’s a fact. The planet’s warming up. That’s a fact. You can call it Climate Change Chicanery if you want; but you’re not paying attention. The Germans don’t believe any of that stuff, and they know we’ve got one shot, and one shot only. Whoever figures out how to make sustainable green tech in the next 30 years gets to sell it to everybody else for the next 1000. That’s what they’ve figured out. What are we doing? We’re shutting down our engineering. We’re hollowing out our skills. We’re closing down our options. The Germans are going to have our lunch. The Chinese will be in for the appetizers, but the Germans are going to take the main.

On the Occupy movement which Mark Blyth says could be back any minute because the streams of discontent are o’errunning their banks — sky-high college costs and 20-percent youth unemployment feeding the flood: You heard it here first that it wasn’t the scruffy kids who started Occupy. It was their parents.

A lot of this is an inter-generational problem. My colleague Sven Steinmo — a Norwegian-American who teaches now in Florence — finds himself telling his kids when they ask what he wants for Christmas or his birthday: ‘I want nothing! I have everything! My generation has absolutely everything.’ He came of age in the 1960s when it was perfectly possible to go to Berkeley for $400, and he did. And then grad school, and then a job in a higher-ed system that was expanding. And then he lived through the 1980s and 90s when investments were booming. And now he’s the guy who’s coming up for a pension, and he’s got two houses and lives in Italy. And all the people coming after him, including his kids between them, can’t afford a mortgage. So there’s an interesting problem. The people who vote in the US, and the people the politicians pander to, tend to be old, and gray. They have the money. They have the pensions. They have it all, and they’re not giving it up for anyone. So you have an inter-generational conflict that hasn’t yet spoken its name. Maybe that’s the way Occupy comes back.

Hang in for the Blyth case — listen three times if you must, as I do — that there’s no plausible alternative out there to an “American-dominated global order.” It has everything to do with the point that China’s assets are still, in the end, our paper.