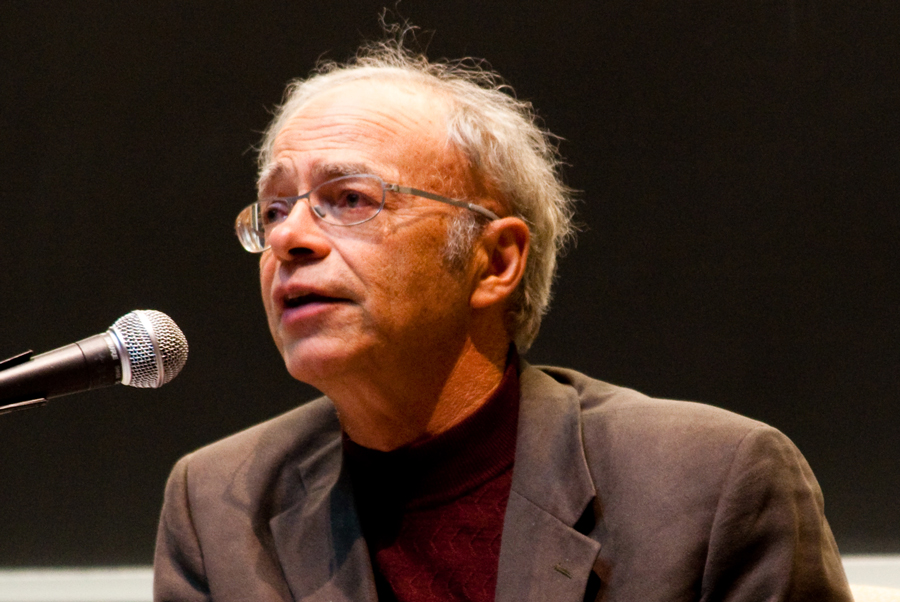 Our intelligent design show sparked so many comments that it made us think there might be an interesting follow-up show to do.

In the comment thread, Jon pointed to an interview on NPR’s Morning Edition (4 August 2005), in which Senator Rick Santorum was asked why what he calls holes in Darwin’s theory of evolution matter to him as a Senator: “It has huge consequences for society. I mean, it’s where we come from. Does man have a purpose? Is there a purpose for our lives, or are we just simply, you know, a result of chance? If we’re the result of chance, if we’re simply a mistake of nature, then that puts a different moral demand on us — in fact, it doesn’t put a moral demand on us — than if in fact we are a creation of a Being that has moral demands.”

Philnick and fanya responded by saying that evolution favors organisms that cooperate in a kind of enlightened self-interest — which is uncannily similar to the Biblical “do unto others as you would have them do unto you.”

So here’s the question for the hour: is it possible to envision a world full of meaning and morality without God — or do they have to come from God?

Put differently — in fanya’s words — do meaning and morality come from the top down or do they percolate from the bottom up?

Some of you suggested people on the evolution side (Robert Wright, Martin Seligman), but we’re looking for good guest suggestions on the religious side, too. We’ve put in a request for an interview with Rick Santorum but haven’t heard back yet. Thoughts?

Much like New Year’s eve, I fear that the anticipation for this show (and it’s sprawling, infinite comment thread) will transcend the show itself. Nonetheless we will try our darndest to give you a provacative, thoughtful conversation — or at the very least one adorable elephant calf (gestation 22 months).

Samuel T. Lloyd III, Strange Fruit, Palm Sunday Sermon, delivered April 1, 2007: “One billion of the world’s people aren’t sure they will live until tomorrow. And our world has the capacity to end this, but doesn’t. There is strange fruit hanging from the tree, the fruit of our selfish, fearful, violent ways. We human beings have a lot to answer for.”

Stephen Law, The dependence of morality on religion, Stephen Law, April 13, 2007: “True, there’s evidence that religious belief can have a positive impact on social behaviour. Statistics suggest that U.S. cities with high church membership rates have lower rates of crime, drug and alcohol abuse than those with low membership rates. But that’s not yet to say religion is necessary if morality is to survive. It’s not to suggest, as Kristol and Strauss do, that without religion, society will, or will probably, fall apart. That’s a much stronger claim.”

Daniel Marquez, Ladner’s Thought Experiment, Daniel’s Journal, April 15, 2007: “Without any appeal to religion, everything must be rationalized, and tested to make sure it works. I believe this would further frustrate humanity. (Which by the way, makes the author’s of religious texts not just geniuses but hypergeniuses, because they got it right the first time–assuming there is no God).”

Ray Cotton, Morality Apart From God: Is It Possible?, LeadershipU: “A consensus of ethical norms apart from the supervision of God will eventually erode. Power begins to take over in determining our actions. Look at our government today. It is controlled for the most part by special interest groups vying for influence.”

Click to Listen to the Show (24 MB MP3) Near the state house in Concord, NH [Ben McLeod / Flickr ] In thinking about a follow-up to our intelligent design show, we...

Here is part two of our notes on the morality thread — which had reached a satanic 666 comments at the time of our morning story meeting. We’ve decided that...