Munich, Yalta or Cambodia: What Year is It?

Munich, Yalta or Cambodia: What Year is It? 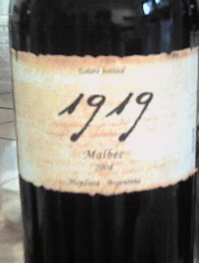 (OK, it’s all a battle for the control of oil, but stay with us here.)

Ross Douthat, in an op-ed last week in The Wall Street Journal, took on the unenviable task of wading through yards of commentary — on Lebanon, on Iraq, on the UN, on Iran — to discover not what pundits think we should do but what year in history pundits believe the present most resembles. (You can read Douthat’s article on his blog.)

In the office we sometimes play a game called “appeasement or quagmire.” One of us will read a passage from a blog or a newspaper and Mary will yell “Appeasement!” or “Quagmire!” The idea is that almost any argument can be reduced to Vietnam or Munich, the Munich of 1938, when British Prime Minister Neville Chamberlain gave Czechoslovakia to the Germans and returned to predict that we would have “peace in our time.”

Douthat’s piece is a little more thorough. According to his research, the “1942ists” think we’re at the beginning of a long war. Ahmadinejad is Tojo; Bush is Truman or, as Tony Snow sometimes dreams at night, perhaps Churchill. The 1938ists — Douthat lists Bill Kristol and Newt Gingrich among them — are thinking back to original appeaser Neville Chamberlain. They tend to be the ones suggesting we attack Iran.

1948ists — Peter Beinart, Francis Fukuyama — are chastened by Iraq but hope to stand resolute for the long struggle of containment. 1972ists believe we’re engaged in fruitless illegal wars (like the secret bombing of Cambodia) that are only making things worse.

And Douthat himself leaves open the possibility that it’s actually 1914, that we have our hand resting lightly on the lever that will unleash a hell we couldn’t begin to imagine. So what year is it? Extra points if you can come up with a year not in the twentieth century, and double extra points if you can suggest your favorite history prof from college to jump in on this.

A belated thanks, by the way, to Chris Suellentrop’s Opinionator for pointing us to Douthat’s original article.

Professor of history, Harvard University. Author: Among Empires: American Ascendancy and its Predecessors

Former strategist for the Office of the Secretary of Defense

Author, The Pentagon’s New Map and Blueprint for Action: A Future Worth Creating

Thanks to winston_dodson for suggesting Thomas Barnett, who was previously on our China: Watching from the Sidelines show.

Ross Douthat, What Year Is It? [Full Article], The Wall Street Journal, cross-posted on The American Scene, August 15, 2006: “For the moment at least, where you line up on any foreign-policy question has less to do with whether you’re Republican or Democrat, isolationist or internationalist-and more to do with what year you think it is.”

Thomas Barnett, Gulf Pundits: An Op-Ed Scorecard, The Washington Post, cross-posted on Thomas P. M. Barnett: Weblog, December 16, 1990: “The Persian Gulf debate is not a rerun of the pre-World War II debate between interventionists and isolationists. The multilateralist option offers a third alternative to ‘going all out’ or ‘sitting it out.'”

evanstonjew, What Year Is It?, Evanston Jew, August 20, 2006: “My view is that the appropriate historical analogy, if any, for Israel and the Jewish people, is the period of the Second Temple.”

Chris Suellentrop, Dubya Dubya Two, Slate Magazine, August 30, 2004: “If reflecting the glory of the Good War upon yourself is the only way you can make the case for combat, your case isn’t very good. Whenever the president is backed into a corner, he relies on a specious historical analogy to defend his policies.”

Rich Lowry, Bush’s Vietnam?, National Review Online, August 15, 2006: “It is not too late to tamp down that militia-directed violence, which hasn’t yet taken on an uncontrollable life of its own. But the clock is ticking, toward the hour when we will indeed suffer another Vietnam.”

China: Watching from the Sidelines

Click to Listen to the Show (24 MB MP3) China’s economic rise has led it to seek out natural resources and trade ties around the developing world, from Central Asia to...