I call this imperial denial, because to the rest of the world, it’s perfectly apparent that the United States is behaving like an empire. 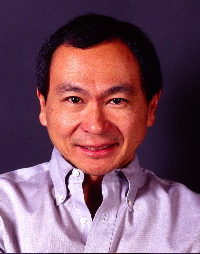 We will let two of the grander thinkers of our time take the measure of the Neo-Conservative fall in Iraq.

The global theorist Francis Fukuyama and the Scots historian Niall Ferguson will be measuring, not least, the collapse of their own hopes, dreams and ideas.

Fukuyama is in full repentant, revisionist flight from the broad Neo-Con adventure. Though he never endorsed the US war on Saddam Hussein, he had impeccable Neo-Con credentials, as a student of Allan Bloom, a grad school classmate and friend of William Kristol, and twice a member of Paul Wolfowitz’s staff. In his new book, America at the Crossroads Fukuyama abandons the Neo-Con taste for pre-emption, unilateralism, regime-change and US “benevolent hegemony,” because they seem now a bad mix of doctrines, not just because the Bush team drove them in to the sand in Iraq. His book extends a sulfurous argument that began two years ago with his old pal Charles Krauthammer, who never stopped celebrating the mission to Baghdad. 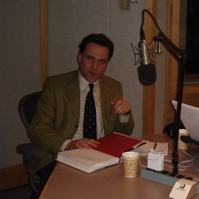 Said Fukuyama: “Reading Krauthammer, one gets the impression that the Iraq War – the archetypical application of American unipolarity – had been an unqualified success, with all of the assumptions and expectations on which the war had been based fully vindicated.” The Krauthammer logic, still apparently the Cheney logic in Iraq, seems to Fukuyama “utterly unrealistic in its overestimation of U.S. power and our ability to control events around the world… Of all of the different views that have now come to be associated with neoconservatives, the strangest one to me was the confidence that the United States could transform Iraq into a Western–style democracy, and to go on from there to democratize the broader Middle East.”

Niall Ferguson is a different version, maybe a different story. His colorfully illustrated celebration of empire three years ago, on the eve of the war on Iraq, had a simple directive from the spirit of Queen Victoria: it’s your turn, America. You’re an empire in fact — come out of the closet. Take up the white man’s burden (literally) and do the job!

Ferguson is not so clearly repentant as Fukuyama but he is surely disappointed. An historian now based at Harvard, he writes regularly in the London Telegraph. A year into the Iraq war, he wrote this:

For the past 18 months, I have been trying to work out just why America is such an inept empire – why, when it invades a country such as Iraq with the intention of transforming its economic and political institutions, it generally makes a hash of it.

I fervently wish it were otherwise. The fact that America did such a good job in West Germany and Japan after the Second World War – to say nothing of South Korea – suggests that it doesn’t always have to end in tears. But, right now, Iraq’s prospects look more Haitian (to mention just one of numerous other examples of botched American interventions) than West German.

It’s odd when you ponder it. America is vastly richer and better armed than Britain ever was. It has given us The Simpsons and South Park, both of which prove that American popular culture is more sophisticated – and certainly funnier – than ours. Yet its record as a “nation builder” (the latest American euphemism for empire) is pretty dismal.

It’s sounds like rather an astonishing retreat in the faculty clubs that hatched the fantasy of a Pax Americana that President Bush took to war. Are we — are Professors Fukuyama and Ferguson — ready for a new conception of our place in the world?

Author, America at the Crossroads: Democracy, Power, and the Neoconservative Legacy

Author, Colossus: The Price of America’s Empire and Empire: The Rise and Demise of the British World Order and the Lessons for Global Power

Click to Listen to the Show (24 MB MP3) It was the title of a pretty scary article that first caught our attention: Niall Ferguson’s The Origins of the Great War...

China is out-manufacturing us. Islam is outbreeding us — even as Muslim sects tear each other apart. The price of all-the-world’s energy, oil, is going nuts. The Anglo-American end of the Atlantic alliance...