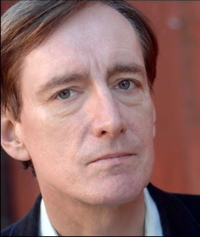 The conversation here, on the eve of the great deliverance at noon on Tuesday, dwells on one of the signature scars of the Bush era, the wounded city of New Orleans. One last swift kick on the Bushniks’ way out the door is the least reason for engaging the resonant Ned Sublette. More to the point at the start of the Obama regeneration is Ned’s take on New Orleans as an endlessly absorbing pattern of American complexity — this most African, most Caribbean, most European and most peculiarly and expressively American of all cities (not least, Ned writes, because it has been for so long “the pride of American music.”) At a national turning-point New Orleans is a model of how battered societies, even enslaved people, re-discover the human essentials and re-invent themselves… how we learn to make music again. “Music is so much more than entertainment,” as Ned says:

Something I have learned concretely at various times in my life (most graphically after the flood that took out New Orleans in 2005) is that after a rupture, when things come back and they’re not the same, the new conditions will ultimately create new music. But in the short run, what you want is to hang on to your past. You want to find a continuity with what went before. The first thing we wanted to know after the flood was if Fats Domino was okay? Would there be a second line again? Would there be another jazz funeral? Would the Mardi Gras Indians come out on Mardi Gras Day? It was of key importance for the survival of New Orleans — not just black New Orleans, but New Orleans as a whole — that that happened. That is a small reflection of the feat that enslaved Africans accomplished in the new world pretty much everywhere they were taken…

Ned Sublette’s foundational history, The World that Made New Orleans: From Spanish Silver to Congo Square, has just been named 2009 Book of the Year by the Louisiana Endowment for the Humanities.

The dances are very sensual. You’ll see at Carnival and in the streets … the way they dance, especially the women … the way they move around in almost magical...