The number, one billion, is so staggering it’s hard to wrap your head around. But that’s how many school-age kids there are in the world, and the number of laptops the One Laptop Per Child project wants to eventually distribute to live up to its name. Think of it as No Child — from the rich north to the poor south — Left Behind the Digital Revolution. 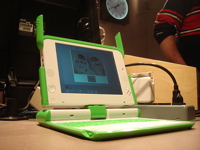 We know that many of you have heard of this project before: It was suggested, about a year and a half ago, by mjking. And Avecfrites. And ExScite. A lot has happened in that year and a half. The machine itself evolved. (As did its name: the “$100 laptop” was scrapped in favor of the “Children’s Machine XO” because the laptops cost about $135.) The technology is “clock-stopping hot” according to Wayan Vota, who writes OLPCnews.com, an unofficial clearinghouse for anything and everything OLPC. From energy efficiency to screen technology to connectivity to open source software, Vota argues that OLPC laptops are revolutionary machines, not stripped down playthings, and that they’ll soon be leading the rest of the computer world, not following.

Politically, too, OLPC keeps chugging along. Nicholas Negroponte, the media-savvy frontman, unveiled a prototype in 2005 with then-U.N. Secretary General Kofi Annan. At least fifteen countries (including pioneers Argentina, Brazil, Libya, Nigeria, Rwanda, Thailand, and Uruguay) signed on. And full-scale production is scheduled to begin within a few months.

But the basic idea hasn’t changed: create a rugged, efficient, powerful but intuitive laptop and get education ministries around the world to buy it for their young people in large numbers. (No order below one million laptops will be accepted.) This is “an education project, not a laptop project,” Negroponte is fond of saying. Walter Bender, who runs content and software for OLPC describes the project as a Trojan horse: You think you’re getting an e-book reader, or a math helper, or a digital camera, or a music composition system (it is all these things and more), the analogy goes, when the secret payload is actually kids with laptops, connected to each other and to the world.

So what’s not to love? Some people worry about the breakneck pace of the project — that millions of laptops will be produced before the kinks have even been ironed out. Or, as Ethan Zuckerman has argued, that much more attention is being paid to the technology than the software, and more to software than support, and more to support than the environment. Or that while $100 alone doesn’t sound like much, it sure adds up: Wayan Vota writes that buying one laptop for each Nigerian child would use up 73% of the country’s total budget.

Where do you fall on the love-worry spectrum?

President of Software and Content, One Laptop Per Child

Fellow, The Berkman Center for Internet and Society

Editor, One Laptop Per Child News

Makh, The 100 dollar laptop: The beauty in the idea, Makh’s hut: An African’s tale in Cyberia, January 11, 2007: “I will begin with this so that you know my position. The 100 dollar laptop is one of the best ideas I have ever heard in my life. These laptops are to be provided to school going children in developing countries. One thing that makes me crazy about this laptop is the power crank.”

Bill Gates slams 100-dollar charity laptop, Monsters and Critics, March 16, 2006: “Gates also blasted the crank system that can provide some of the laptop’s power. ‘Geez, get a decent computer where you can actually read the text and you’re not sitting there cranking the thing while you’re trying to type,’ he said.”

Jon, What is the Real Cost of the OLPC?, One Laptop Per Child News, November 13, 2006: “At the end of five years of training, continued Internet, and maintenance, the actual cost is USD$972 per laptop, almost quintuple the Libyan estimates, and ten times the original laptop cost. Of course, a more expensive computer system would just drive all of this upwards, so at least we’re starting cheap.”

Atanu Dey, OLPC — Rest in Peace, Deeshaa: Atanu Dey on India’s Development, July 28, 2006: “The Human Resources Development (HRD) ministry of the government of India recently decided to just say no to the $100 laptop that Prof Negroponte of MIT Media Lab has been furiously peddling. He wanted the government to buy, oh, about 1,000,000 of those at the modest cost of $100,000,000 and give it to school children. Mind you, noble intentions motivate this: so that no child is left behind and the digital divide is bridged and all the kids will become computer savvy and what not.”

Laptops: easy fix for global education?, The Christian Science Monitor, January 5, 2007: “Easy fixes in education are often alluring. Such projects as the $100 laptop should be treated with both open eyes and open hearts. Global solutions require that an experiment be able to be replicated across many cultures. But even if this laptop project fails, the desire for learning via computers and the Internet will ensure someone else will succeed.”

Carlo, Poor People Need The $100 Laptop Because It Can, Like, Do Stuff, Techdirt, January 2, 2007: “Again, it seems like Negroponte’s a little bit out of touch and very obtuse in his communication. It’s not hard to see why schools in developing nations would want to teach kids how to use office applications, since they likely see it as a skill that will serve students well down the line, particularly when compared to the much more nebulous activities Negroponte mentions. He’s right in that there’s much more computers can offer than word-processing and spreadsheets. But to sell developing nations on the XO, he’s got to make it much more clear what kids can do, and why it’s beneficial, not just talk in abstract expressions in an attempt to sound visionary.”

Walter alluded before to a slight difference in reaction between heads of state and ministers of education. Every head of state thinks the notion of having every child in their country have a laptop is a brilliant idea. No one wants to be left behind. Everyone wants to be India; everyone wants to be a cyber-nation going forward, whether you’re Rwanda or Ghana. But once you actually think about putting this device in the hands of every student, you have real questions about what the classroom is going to look like. This device has some really interesting pedagogical theory built into it.

This is sort of where the tension comes up around OLPC. I think for a lot of kids… this is going to be a revolutionary educational tool. It’s really going to expand their horizons; it’s going to give them a chance to create in other ways. But it’s also going to be quite revolutionary in what happens within a classroom. What I’m worried about in some ways is I’m not sure the schools and the nations buying into the project understand just what a revolution this is likely to be.

It is clock-stopping hot technology. And I really hope the security program does work, because if you can take it apart with a screwdriver and the technology is amazing… I think kids are going to have a great time taking it apart and reselling it, which is good and bad depending on your viewpoint.

These low-cost devices so far have not had the same sort of explosive growth that mobile phones have. And in many cases, it’s because a mobile phone has an immediate transformation on an economy. If you’re a farmer and you’ve got a mobile phone, suddenly you can call a market and get a different price for your crops. The computer is a much longer term investment.

Next year, if all goes according to plan, there will be tens of millions of new photojournalists in the world, sharing their pictures with the world. 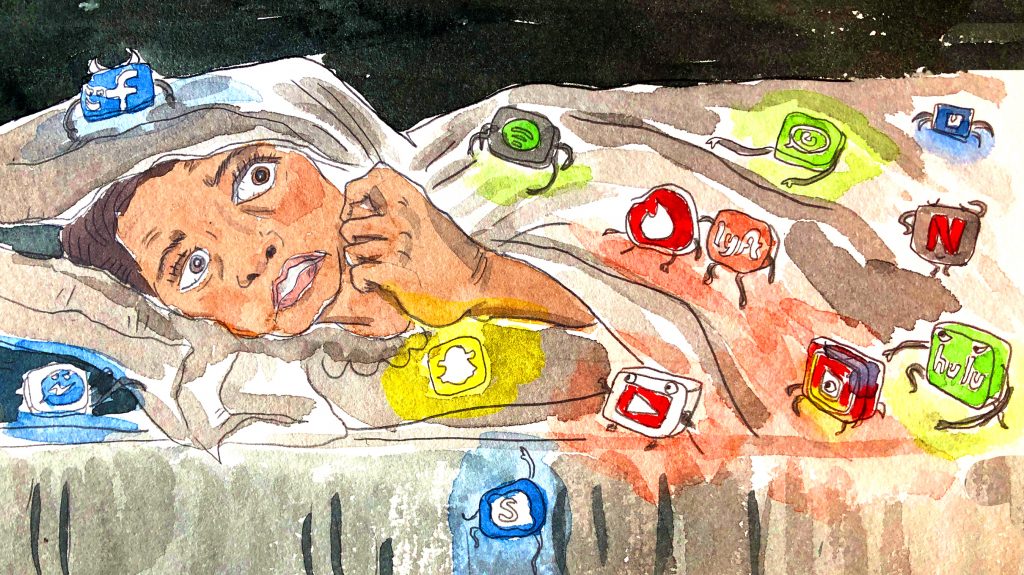 No Artist Left Behind

Last week Chris caught up with our neighbor, Poet Laureate Robert Pinsky. Pinsky was fresh from a fundraiser for The Boston Arts Academy, which is Boston’s only high school for...