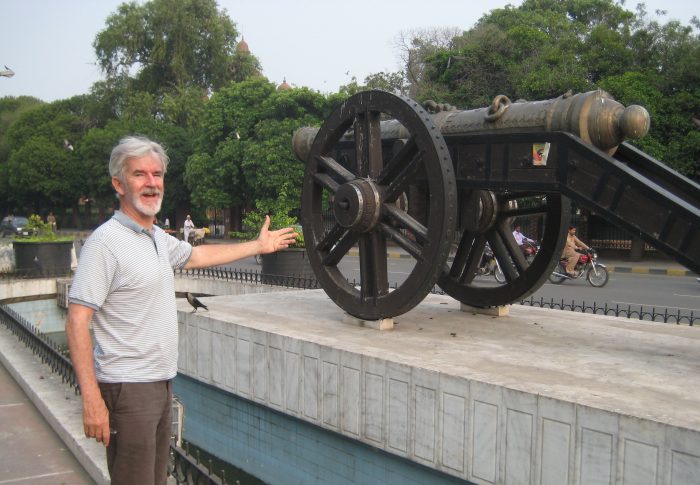 Here’s the short form, as we say: nearly a month of strong conversation in Pakistan this past summer, distilled to two radio hours.

The first hour explores the living history and dynamic present of “the country that could kill the world …”:

In hour two, we’re probing the “Roots of Resilience”: Both hours are illuminating the judgment that (1) Pakistan is not about to destroy itself, much less go away and (2) that Pakistan’s mutually-abusive marriage with the United States is not about to end, either.  When our Pentagon accuses the Pakistan’s army intelligence of targeting American troops, and when Secretary of State Clinton says we’re not going to take it anymore, count on it that the Pakistan story is with us for a while.  But what’s the history unfolding here?  How did it come to this? What do Pakistanis say?

What I didn’t know, going in, was the deep old under-layer of tribulation in Pakistan. I wasn’t prepared for the edgy energy of Pakistan either, the confidence of tough people, and much beauty, too. Among the contradictory truths that we Americans barely know about Pakistan are (1) that it’s a cultural powerhouse (in poetry, fiction, and especially music) in South Asia and beyond; (2) it’s been a resentful and prickly junior partner in our US-sponsored proxy wars for thirty-plus years — first (embracing terrorism) against the Soviets and later against the terrorist groups and ideologies we promoted; (3) the troubles of Pakistan can be (and in conversation often are) traced back before the Cold War and the Islamic revolution to the moment of birth in 1947, the Partition of British India that created two unequal sibling rivals in 1947; and (4) that thoughtful Pakistanis talk not only of the rising trend of estrangement from the US but also of a convergent trend toward inequality and the over-reach of elites in both countries.

Program directors: access broadcast-ready versions of these hours for no charge at PRX.
Email: info (at) radioopensource (dot) com with any production questions, or to request CDs in the mail.

Click to listen to Chris’s conversation with Farzana Shaikh (38 min, 17 mb mp3) Salman Rushdie, no less, finished his packed public talk at Brown three weeks ago with the observation...

One thought on “Pakistan Aslant: the two-hour version”