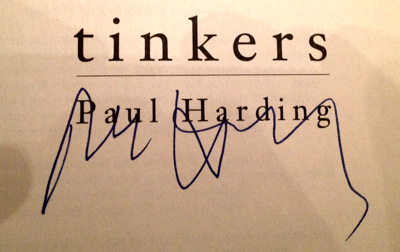 What is the rock drummer thinking? Well, if he’s the dazzling first-novelist Paul Harding of Tinkers, the guy at the drums in the band known as “Cold Water Flat” was channeling Elvin Jones, reinventing time with his own hands and feet on drumsticks and pedals. He was listening to hear how sound works, how the world works, how he works. He may have been composing a contrapuntal bit of narrative that turns up on paper in this exchange between an itinerant mule-and-cart peddlar named Howard Aaron Crosby and his customers in the backwoods of Maine, circa 1900.

This is the soap.

The box is different.

Yes, they changed it.

What was wrong with the old box?

Why’d they change it?

Because the soap is better.

The soap is different?

Nothing wrong with the old soap.

Of course not, but this is better.

Nothing wrong with the old soap. How can it be better?

This cleans better — and faster.

Well, I’ll just take a box of the normal soap.

This is the normal soap now.

I can’t get my normal soap?

This is the normal soap; I guarantee it.

Well I don’t like to try a new soap.

Well, ma’am, I need another penny.

Another penny? For what?

The soap is a penny more, now that it’s better.

I have to pay a penny more for different soap in a blue box? I’ll just take a box of my normal soap.

Paul Harding’s prose in that moment can remind you of Marshall Dodge’s old “Bert and I” Maine stories. It can also sound like music: “Tinker, tinker. Tin, tin, tin. Tintinnabulation. There was the ring of pots and buckets…” We hear light percussive sounds of a human voice, repetitions finding a rhythm. We hear a musician becoming a writer — not a wild a leap, he observes in conversation.

The differences between being a rock drummer and writing are superficial. The obvious ones: you’re playing with a couple of other people on stage, and you’re doing it at an ungodly volume. I’m clinically half deaf and I have tinnitus and a ringing in my ear all the time. But writing scratches the same itch… Having been a drummer I write by ear. I write by rhythm, you know. I just think of the rhythm of the sentence, and there’s a certain number of beats in a sentence, in a phrase, in longer passages. So there’s a kind of arranging. And then certainly in all these multigenerational things going on in Tinkers, I’m just fascinated by the experience of time, of being in time, and all these characters thinking about time and all that. As a drummer… you can futz around with all sorts of time signatures and all sorts of beats. You can play a time signature within another time signature. You can do all that sort of stuff. It’s all narrative, and narrative is all about time. So that’s what you’re doing with the writing, too.

I saw Elvin Jones of the famous Coltrane quartet several dozen times and had the opportunity to sit right in front of him and watch what he did with time. He could tap into the depths of the universe… Drumming is multi-tasking, it’s orchestration. You think of it as a string quartet — in the way you can play counterpoint with yourself, with your own different limbs, that kind of thing. I think of that as the way of making narrative, too. Any given scene has different strata. You can have things moving very nimbly, very quickly in one level of the writing, with larger, deeper cycles going on beneath. And you can work all that contrast and counterpoint. It’s the way you actually pull depth and dimensionality out of things.

Paul Harding in conversation with Chris Lydon, in Essex, Massachusetts, May 5, 2009.

Paul Harding is also a self-taught modern New England transcendentalist, out of the Thoreau and Emerson school, who read his way into an original inner life. Marilynne Robinson at the Iowa Writers Workshop eased his transition from the drums to the keyboard. He’s read everything — been touched by Henry James and Proust and Carlos Fuentes and Michael Ondatje, among others — and he’s taught writing at Harvard.

Tinkers — as in country peddlars between the 19th and early 20th centuries — is an almost plotless novel, constructed as carefully as a clock, about fathers dying, thinking about their sons, and their fathers. It is a marvel on every page. 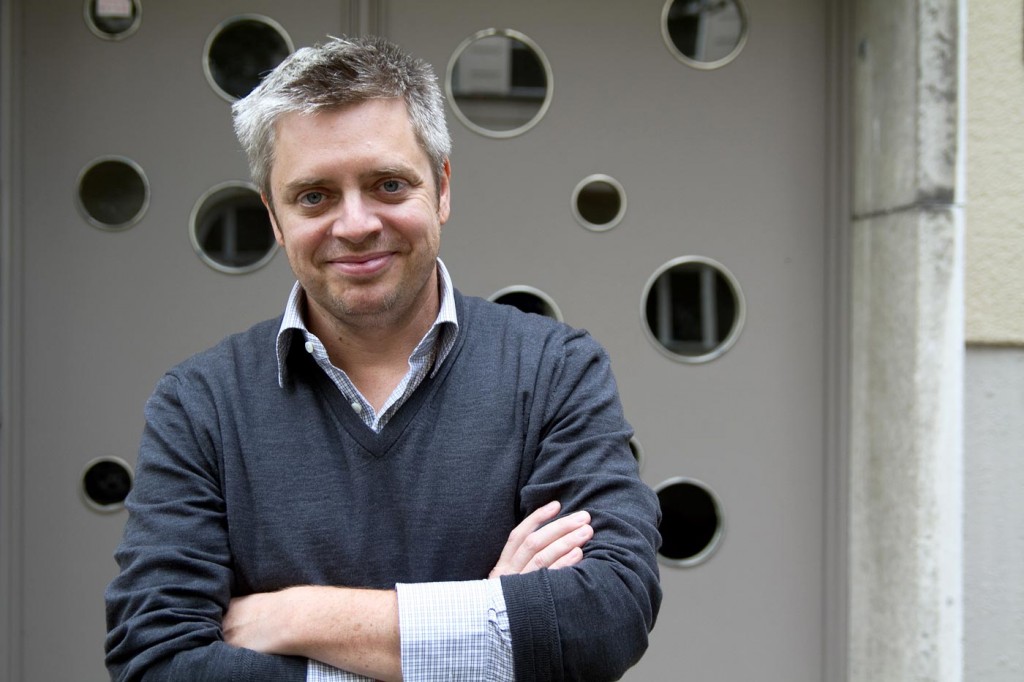 Short form: Tinkers was no fluke — the little gem of a novel that caught a word-of-mouth wave and won the Pulitzer Prize in 2010; it’s the snowy paperback still... 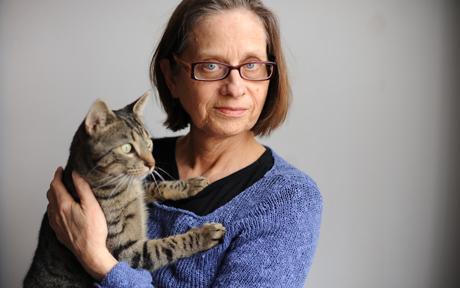 Lydia Davis keeps popping up in conversation as a favorite writer of our favorite writers — Rae Armantrout, the Pulitzer poet, among them, and the novelist Robert Coover. Dan Chiasson...