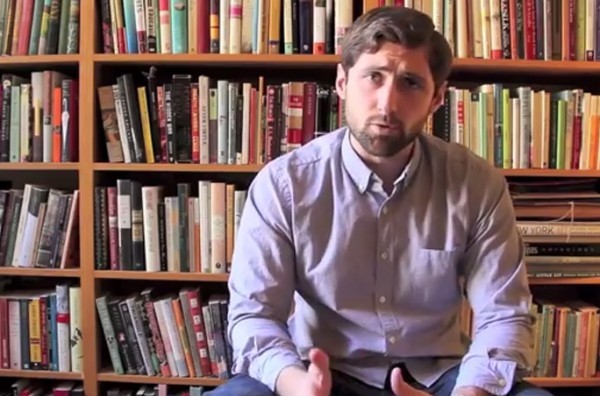 Phil Klay has assembled a remarkable group of fictional short stories in a collection called Redeployment. A Dartmouth alum with two brothers in the military, he joined the Marine Corps, serving as a Public Affairs Officer in Iraq’s Anbar Province between the cities of Fallujah and Ramadi. Redeployment explores the horrors of the battlefield, and the shaken veterans that struggle to escape them.

“Growing up,” Jessie says, “Sarah spent a lot of time at our house, and she still spends some holidays with us. Her family is a mess. And last Thanksgiving we were talking with my grandpa about how nobody remembers Korea, and he said the only way to do it right wasn’t to do a film about the war. Do a film about a kid, growing up. About the girl he falls in love with and breaks his heart and how he joins the Army after World War Two. Then he starts a family and his first kid is born and it teaches him what it means to value life and to have something to live for and how to care for other people. And then Korea happens and he’s sent over there and he’s excited and scared and he wonders if he’ll be courageous and he’s kind of proud and then in the last sixty seconds of the film they put them in boats to go to Inchon and he’s shot in the water and drowns in three feet of surf and the movie doesn’t even give him a close-up, it just ends. That’d be a war film.”

An excerpt from “War Stories”

Jessica Goodell & John Heam – Shade It Black: Death and After in Iraq