I have been taught by a professor to enter a cell in a special way. We hope to see a virus putting out the RNA in a cell, telling the cell like a terrorist, ‘make copies of me.’

Lennart Nilsson, from a conversation with Open Source on 1/16/06 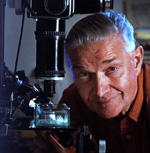 “I want to describe it in the highest possible sharpness so we can know what it is,” Lennart Nilsson said during a phone conversation yesterday. The Swedish photographer has been traveling inside the human body in order to show how it works since 1965, when he published A Child is Born to international acclaim. Using high-powered microscopes, Nilsson has taken pictures of HIV, SARS, and now H5N1, better known as birdflu. You can see those pictures in all of their surreal glory here.

Photography may not seem like a weapon for combatting infectious disease, but Nilsson has been using photo-journalism to help scientists understand the viruses they study for decades. The scientists he is collaborating with at the Karolinska Institutet in Stockholm want to see inside cells so they can better develop a vaccine.

“It is a simple story in a way,” Nilsson said, “but the problem is to have the instrument.” Nilsson will receive a new Japanese microscope in the next few months that magnifies up to ten billion times, allowing him to go inside cells to show how they are infiltrated.

To take pictures of it in a new way– of the virus as an invader, to see it in sharp pictures in three dimensions– this is my dream.

Lennart Nilsson, from a conversation with Open Source on 1/16/06 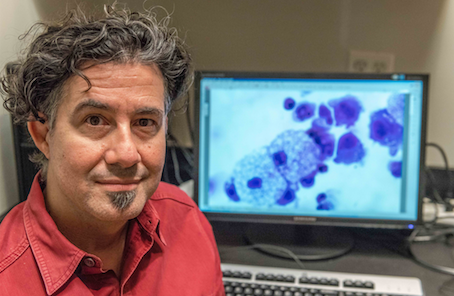 mRNA is the bright spark in a disaster year still darkening under the surge of COVID deaths and new cases. mRNA is the messenger molecule with news of help on...