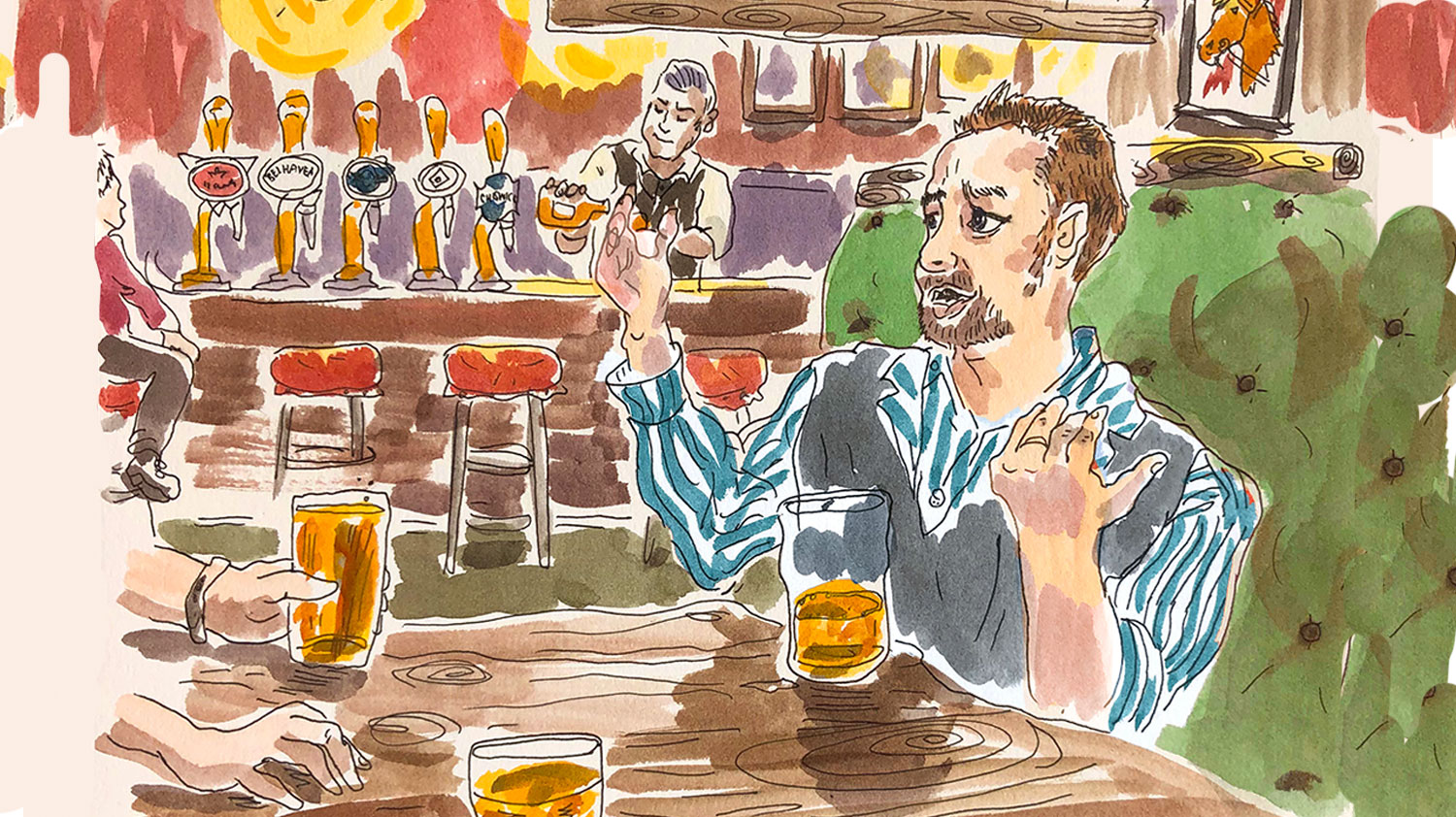 Mark Blyth is that noisy wise-guy on speed in our portable Glasgow pub, and he’s locating our anxieties about a world at sea. Where we’re at, he is sputtering loud and clear, is between populisms right and left, both in a rage around the same sinking center. We’re ten years late in letting go of a failed order of money, power, and privilege. The crisis, led by the climate breakdown, is ten years ahead of our readiness to fix it. But count on Mark Blyth for positive thinking, too. We’d be awash in next-generation jobs, he says, if we went all-out for clean energy. And we could pay for a whole new power grid with government credit—remember? The same way George Bush paid for his awful war in Iraq. Blyth is the butcher’s kid from Dundee who became a famous professor in the US, hung onto his Scots accent and his working-class biases. He drops back into the pub now and then to explain world history unfolding before us. If you don’t believe Mark Blyth has all the answers, just ask him: he saw the Brexit revolt coming, and the Trump hostile takeover, because (he says) he’d seen a collapse of faith in the dying political order that had just delivered the War in Iraq and the Wall Street breakdown of ’08. Mark Blyth is an acquired taste who becomes habit for a lot of us, a required 50-thousand mile checkup. He re-enters this time, talking, of course, a mile a minute, about a choice or a deadlock of populisms, plural, about the odds of a recession, and what coulda/shoulda happened ten years ago.