Race and Class in America

Race and Class in America

Listen to the Show 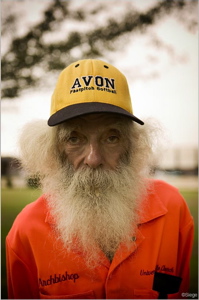 It’s kind of a no-no in America to talk about class. Our country’s supposed to be classless — this is one of our great national myths. Yet in each of our Monday conversations about race so far, the question of class rules has come up. It’s a challenging, uncomfortable conversation that, with your help, we aim to take head-on this Monday.

Here are some of our questions, and we’d like to know how you’d approach them: Katrina put undeniable images of New Orleans’s extreme poverty on the nightly news, but how and where does class show up in your own neighborhood or town or city? Can we untangle the differences between being poor & black or poor & white or poor & Hispanic? Are race and class inextricably intertwined, or is it possible to tease them apart? Does race trump class or does class trump race? Where and how do we even start talking about all of this?

Professor of Sociology and director of the Center for Advanced Social Science Research at NYU. Author of Honky and Being Black, Living in the Red.

Grew up white in an otherwise black and Hispanic housing project on Manhattan’s lower East Side.

Grew up poor and white in New Orleans. Went back after Hurricane Katrina to help his mother and younger brother get back on their feet. 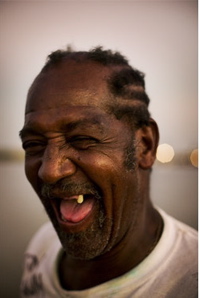 At the moment this picture was taken, Philip’s earthly possessions consisted of a large lady’s bike he called his Cadillac, a small bag of clothing, a nine iron, and a half-gone twelve-pack of beer. 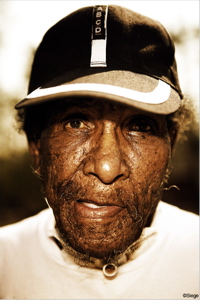 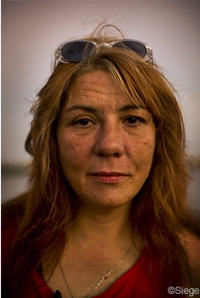 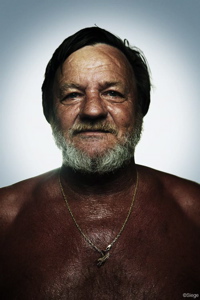 I’ve taken a lot of portraits in the field. I’ve photographed people standing among the rubble that was once home. I’ve shot people waiting in line for four hours, in the scorching heat of a parking lot, to get a FEMA claim number. I’ve shot portraits of people at shelters and distribution points, places that I would consider to be more of a “studio” environment. The people who I’ve photographed are certainly not used to having a professional photographer taking their portraits in a respectful, dignified way. A lot of them were too shy to pose. They felt that they looked too bad: they didn’t have good teeth, they weren’t clean, they weren’t dressed well enough to have their pictures taken. They are used to having their mug shots taken, they are used to having a cousin take photos of them at weddings or at funerals, but that’s the extent of how they are photographed and documented. They drift through life largely anonymous. 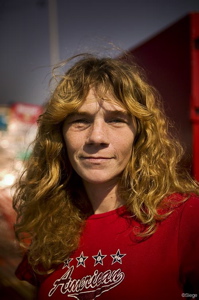 The recurring theme that I see in these photos is the despair that I see in their eyes. They’re casting about for what the future holds. They were barely making it before—it’s a very poor area of the country –they were struggling to survive and to live before Katrina hit. This has really stamped them into the mud. You can see it in their expressions. That’s what’s responsible for that look. There’s barely a shred of hope left. They have no idea how they are going to survive.

This is Ricki. She’s homeless. And poor. She’s been waiting in line in a Kmart parking lot for three hours, no shade, scorching summer. She’s been waiting to get her FEMA claim number. She’s heard they’ve been giving two thousand dollars in aid, but she’s worried because they will only direct deposit it in bank accounts, or mail her a check. She’s worried because she’s poor, and doesn’t have a bank account to direct deposit into. And she’s worried because she’s homeless, so she can’t get the mail the check might be in. Ricki is only 32. When I asked if I could take her picture she was worried she’d look bad because she hadn’t done her hair. I told her she was beautiful. And I meant it.